11 Migrants Have Qualified For Asylum Under Remain In Mexico Program: Report

A fraction of the asylum seekers required to wait in Mexico have qualified for protected status in the U.S. under the Trump administration’s Migrant Protection Protocols program.

Migrant Protection Protocols, a program popularly known as “Remain in Mexico,” requires tens of thousands of asylum seekers to wait south of the border while their claims are processed in the U.S. court system. Many of them wait in hopes of entering the interior of the country; however, the overwhelming majority of them don’t meet the standards, the San Diego Union-Tribune reported Sunday.

There were more 47,000 individuals in the Remain in Mexico program as of September, according to data the Transactional Records Access Clearinghouse at Syracuse University compiled. Less than 10,000 of those people did not yet complete their case. Of those individuals: 5,085 cases were denied and 4,471 cases were discharged with no verdict given, the Union-Tribune reported.

This left 11 cases — or 0.1% of all the completed cases — where the U.S. government found claims of asylum to be legitimate.

Launched in January by the Trump administration, Remain in Mexico mandates non-Mexican nationals who lodge asylum claims with the U.S. government to wait in Mexico until an immigration judge adjudicates their claims. The program is intended to weed out fraud, with the idea that those filing frivolous claims are not going to wait months on end at the border before hearing a decision.

Migrant Protection Protocols has done a considerable job at managing the flow of illegal aliens who attempt to illegally cross into the U.S., with the Trump administration expanding the program across the southern border throughout the year.

“The President is using every tool available to address the humanitarian crisis at the border to include domestic policy changes and fostering collaboration with our neighbors in the region. The Migrant Protection Protocols has been a key component to the success we have had addressing the crisis,” former acting Homeland Security Secretary Kevin McAleenan said about the program in October, when the administration announced expansion into Eagle Pass, Texas. 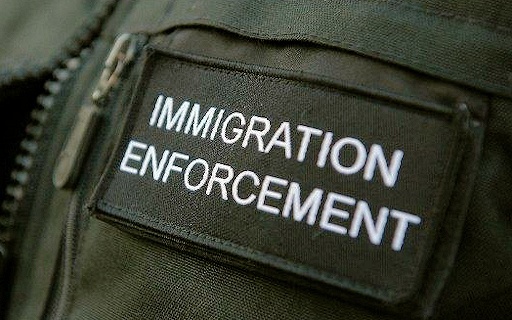 However, the program has received criticism from immigrant rights groups and Democrats. Many opponents argue that Remain in Mexico forces migrants to live in squalid conditions and that they are risking their lives residing in communities plagued with violence. Virtually every major Democratic presidential candidate has vowed to defund Remain in Mexico if elected to the White House.

Nevertheless, the administration continues to tout the success Remain in Mexico has in preventing fraudulent asylum seekers from entering the country, and officials note the relief it’s given to Customs and Border Protection employees previously overwhelmed with the border crisis. (RELATED: El Salvador’s President Says He Can’t Honor Asylum Deal He Made With Trump)

“I would say defunding MPP would be a critical mistake. It’s one of our most successful initiatives,” acting Homeland Security Secretary Chad Wolf said in November, referring to Migrant Protection Protocols by its acronym. “Again, as I walk around and talk to the great men and women of Border Patrol and [Office of Field Operations] and others here — again, it’s critical to what they do each and every day to make sure that we can both control the flow, end catch and release.”