Twelve-year-old Lydia Denton is advanced beyond her age when it comes to making an impact in the world.

The young lady, hailing from Wilson, North Carolina, has already invented a device that might save babies from dying in hot cars.

The invention is a car seat that senses when the baby is getting too hot and alerts the parent through a smartphone app.

And the device has already proven to be a winner. Lydia entered her invention into CITGO’s Fueling Education Student Challenge and won first place, garnering a prize of $20,000.

Lydia first thought of the idea when she heard in the news that children were dying in hot cars.

“I did some research and saw that it happened a lot and that it wasn’t just neglectful parents,” she told People. “I got really upset and wanted to try and help.”

After studying the problem, Lydia created “Beat The Heat Car Seat.” The device connects to child car seats; it activates through a pressure sensor when a child over 5 pounds (approx. 2 kg)  is sitting, and then it monitors the baby’s temperature.

When the temperature exceeds 100 degrees Fahrenheit (38 degrees Celsius), the device sends a warning text to the parents and sounds an alarm. The parents can then reset the alarm and retrieve their child. Failing this, the device sends a message with its GPS location to 911, alerting emergency responders.

Lydia and her mom “went ballistic” when the device won the contest, the young inventor said, as they didn’t think she had a chance.

But the purpose of the project was not just about winning but helping others.

“Winning the money was cool, but I really care about saving lives,” she shared. “My first thought was, ‘Maybe no babies will die this summer!’”

Nor was Lydia’s invention just a fluke, as she has created several others, including a device that goes off when oxygen levels drop below 85 percent, alerts 911, and sends the GPS location. She and two friends collaborated on that one, and it won $15,000 for their school.

And it turns out that science runs in the family.

Lydia’s brother and sister have also worked with her on joint creations, including a device that was prompted by the pandemic, which transforms plastic grocery bags into protective mitts. Lydia’s 10-year-old sister Bethany worked with her on that. 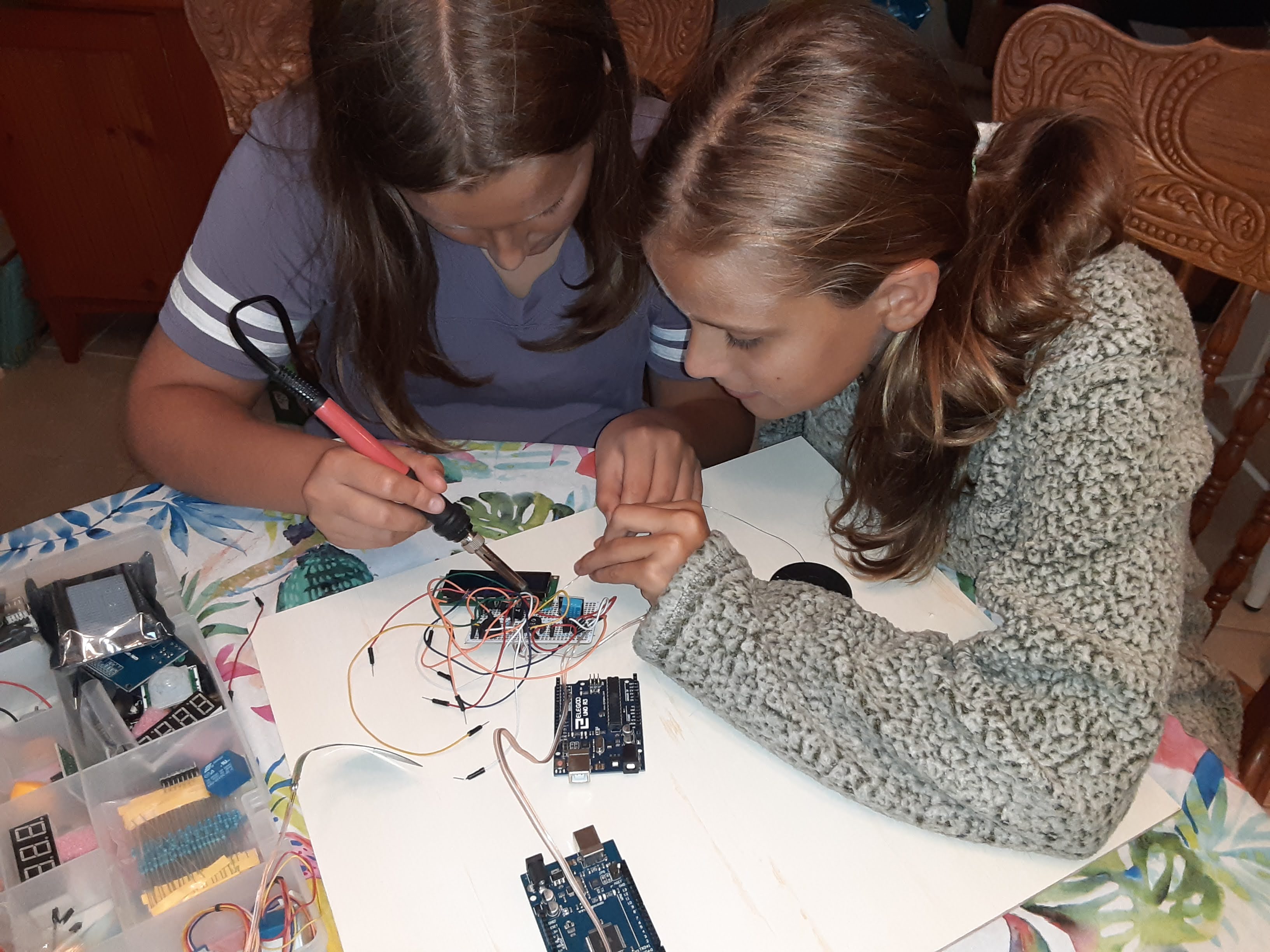 “We used a UV light to destroy the bacteria and germs on the plastic bags,” Bethany explained.

Lydia finds inspiration from problems, says her mom, Covey Denton, who is a science teacher at elementary and middle school. By solving those problems with innovation, she makes the world a better place. “She is a fixer,” says the mom.

But creating cutting-edge new inventions does come with risks.

“Things will spark. Things will explode. It happens,” Covey added. “They know not to do It without me there right beside them. But, we do have a fire extinguisher and we do have burn gel.”