The 1776 Commission, also known as the 1776 Project, was an advisory committee established in September 2020 by President Donald Trump to support what he called “patriotic education”. The commission released The 1776 Report on January 18, 2021, two days before the end of Trump’s term. Academic Historians overwhelmingly criticized the report, saying it was “filled with errors and partisan politics”. The commission was terminated by President Joe Biden on January 20, 2021. We have read the report and found it to be a fair and informative recounting of history. The current administration has their reasons to oppose “Patriotic Education”, but we offer this for you to read and judge for yourself.

In the course of human events there have always been those who deny or reject human freedom, but Americans will never falter in defending the fundamental truths of human liberty proclaimed on July 4, 1776. We will—we must—always hold these truths.

The declared purpose of the President’s Advisory 1776 Commission is to “enable a rising generation to understand the history and principles of the founding of the United States in 1776 and to strive to form a more perfect Union.” This requires a restoration of American education, which can only be grounded on a history of those principles that is “accurate, honest, unifying, inspiring, and ennobling.” And a rediscovery of our shared identity rooted in our founding principles is the path to a renewed American unity and a confident American future.

The Commission’s first responsibility is to produce a report summarizing the principles of the American founding and how those principles have shaped our country. That can only be done by truthfully recounting the aspirations and actions of the men and women who sought to build America as a shining “city on a hill”—an exemplary nation, one that protects the safety and promotes the happiness of its people, as an example to be admired and emulated by nations of the world that wish to steer their government toward greater liberty and justice. The record of our founders’ striving and the nation they built is our shared inheritance and remains a beacon, as Abraham Lincoln said, “not for one people or one time, but for all people for all time.”

Today, however, Americans are deeply divided about the meaning of their country, its history, and how it should be governed. This division is severe enough to call to mind the disagreements between the colonists and King George, and those between the Confederate and Union forces in the Civil War. They amount to a dispute over not only the history of our country but also its present purpose and future direction.

The facts of our founding are not partisan. They are a matter of history. Controversies about the meaning of the founding can begin to be resolved by looking at the facts of our nation’s founding. Properly understood, these facts address the concerns and aspirations of Americans of all social classes, income levels, races and religions, regions and walks of life. As well, these facts provide necessary—and wise—cautions against unrealistic hopes and checks against pressing partisan claims or utopian agendas too hard or too far.

The principles of the American founding can be learned by studying the abundant documents contained in the record. Read fully and carefully, they show how the American people have ever pursued freedom and justice, which are the political conditions for living well. To learn this history is to become a better person, a better citizen, and a better partner in the American experiment of self-government.

Comprising actions by imperfect human beings, the American story has its share of missteps, errors, contradictions, and wrongs. These wrongs have always met resistance from the clear principles of the nation, and therefore our history is far more one of self-sacrifice, courage, and nobility. America’s principles are named at the outset to be both universal—applying to everyone—and eternal: existing for all time. The remarkable American story unfolds under and because of these great principles. 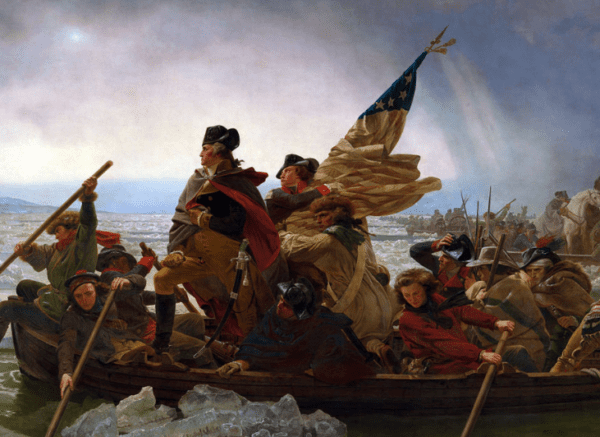 Of course, neither America nor any other nation has perfectly lived up to the universal truths of equality, liberty, justice, and government by consent. But no nation before America ever dared state those truths as the formal basis for its politics, and none has strived harder, or done more, to achieve them.

Lincoln aptly described the American government’s fundamental principles as “a standard maxim for free society,” which should be “familiar to all, and revered by all; constantly looked to, constantly labored for, and even though never perfectly attained, constantly approximated.” But the very attempt to attain them—every attempt to attain them—would, Lincoln continued, constantly spread, and deepen the influence of these principles and augment “the happiness and value of life to all people of all colors everywhere.” The story of America is the story of this ennobling struggle.

The President’s Advisory 1776 Commission presents this first report with the intention of cultivating a better education among Americans in the principles and history of our nation and in the hope that a rediscovery of those principles and the forms of constitutional government will lead to a more perfect Union.

This was proudly reproduced and published without asking anybody whatsoever. Tomorrow at the same the time the installments will continue.

Patriot education what an excuse to push conservative backward thinking.