2.3% Of California Residents Have Side Hustles

The term “side hustle” generally refers to a job on the side of a full-time job that brings in supplemental income for the worker. Side hustles often begin as a means to provide extra spending money or cover bills, but some eventually turn into full-fledged businesses. According to the latest data from the U.S. Census Bureau, nearly 3 million full-time workers (2.5% of total) had side hustles in 2019 and earned a median $6,800 annually from this extra work. These numbers are likely to increase amid the COVID-19 pandemic, alongside record numbers of new business applications.

Interestingly, certain privately conducted surveys show that up to a third or even as many as 45% of Americans perform work on the side. Census Bureau estimates are likely lower due to several factors pertaining to how side hustle work is defined and hesitancy among respondents to report side income on government forms. For one, the Census Bureau survey questionnaire asks respondents specifically about “self-employment income” from their “own businesses.” Less serious side hustlers or side hustlers who earn only a minimal amount of money may not view their efforts as actual businesses and thus might not report their side hustle earnings. In addition, workers may be hesitant to report under-the-table pay to a government agency for fear of being taxed. As such, the side hustle estimates calculated using Census data reflect those more legitimate business ventures that workers are willing to report to a government agency. 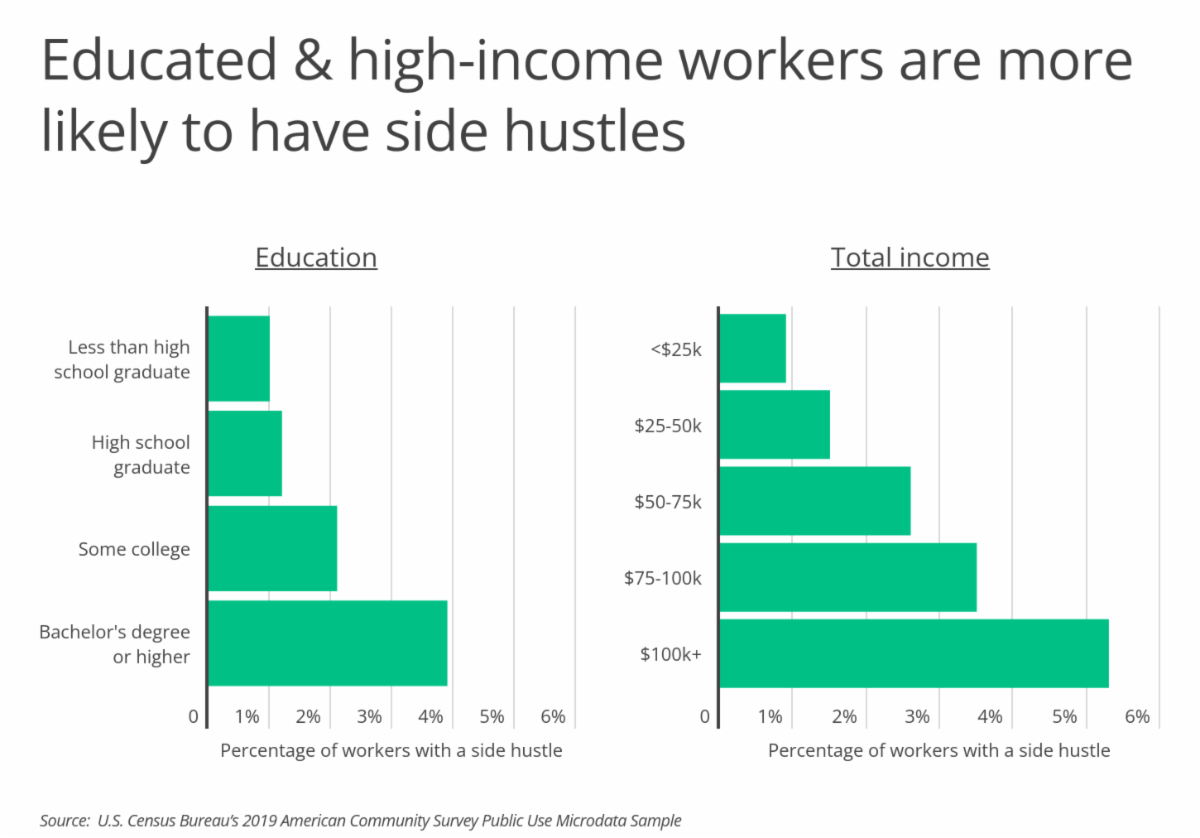 The prevalence of side hustler workers also varies by location across the U.S. Some of the Midwestern and Great Plains states have much larger shares of side hustlers than other parts of the country. At the state level, South Dakota (4.6%) and Nebraska (4.2%) have the largest percentage of workers with a side hustle. Workers in these two states tend to earn more from their side businesses as well, with median incomes of $7,500 and $8,000 respectively. 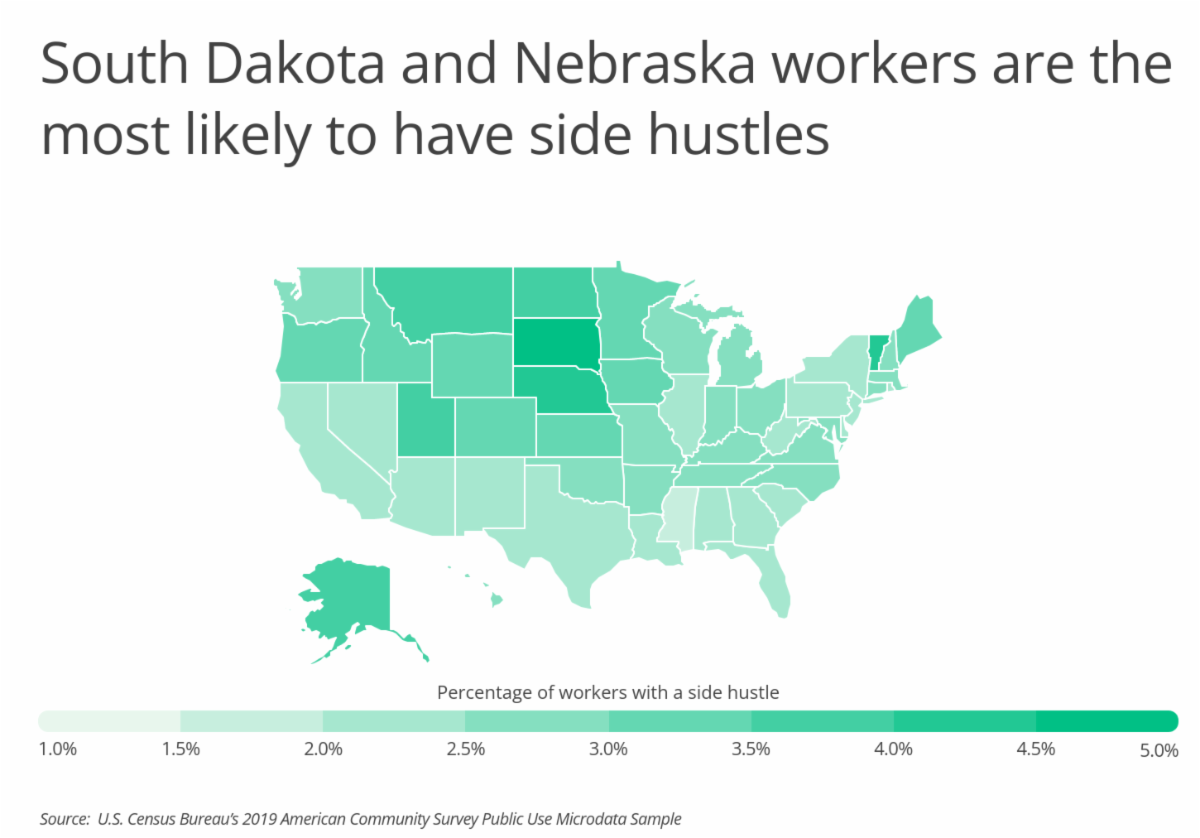 For more information, a detailed methodology, and complete results, you can find the original report on BackgroundChecks.org’s website: https://backgroundchecks.org/cities-with-the-most-residents-who-have-side-hustles.html