9.4% Of California Adults Still Live With Their Parents, 3rd Most In U.S.

0The share of adult children living with their parents is much higher than even 20 years ago due to factors such as lower marriage rates, rising housing costs, and more recently higher unemployment rates. According to the most recent data from the U.S. Census Bureau, the share of adults aged 25 and older living in their parents’ home was 7.3% in 2019. However, experts predict this number is likely to climb even higher as a result of the COVID-19 pandemic.

In 2001, the share of adults 25 and older living with their parents was just 3.9%. After rising to 7.3% in 2016, the figure remained largely unchanged for several years. New data from the Pew Research Center, however, found that the pandemic resulted in a substantial increase in the share of young adults aged 18 to 29 years old living with their parents, from 47% in February 2020 to 52% just a few months later. While young adults are more likely than older adults to move back home, the pandemic will undoubtedly build upon the longer-term trend of more adults overall choosing to remain in their parents’ households. 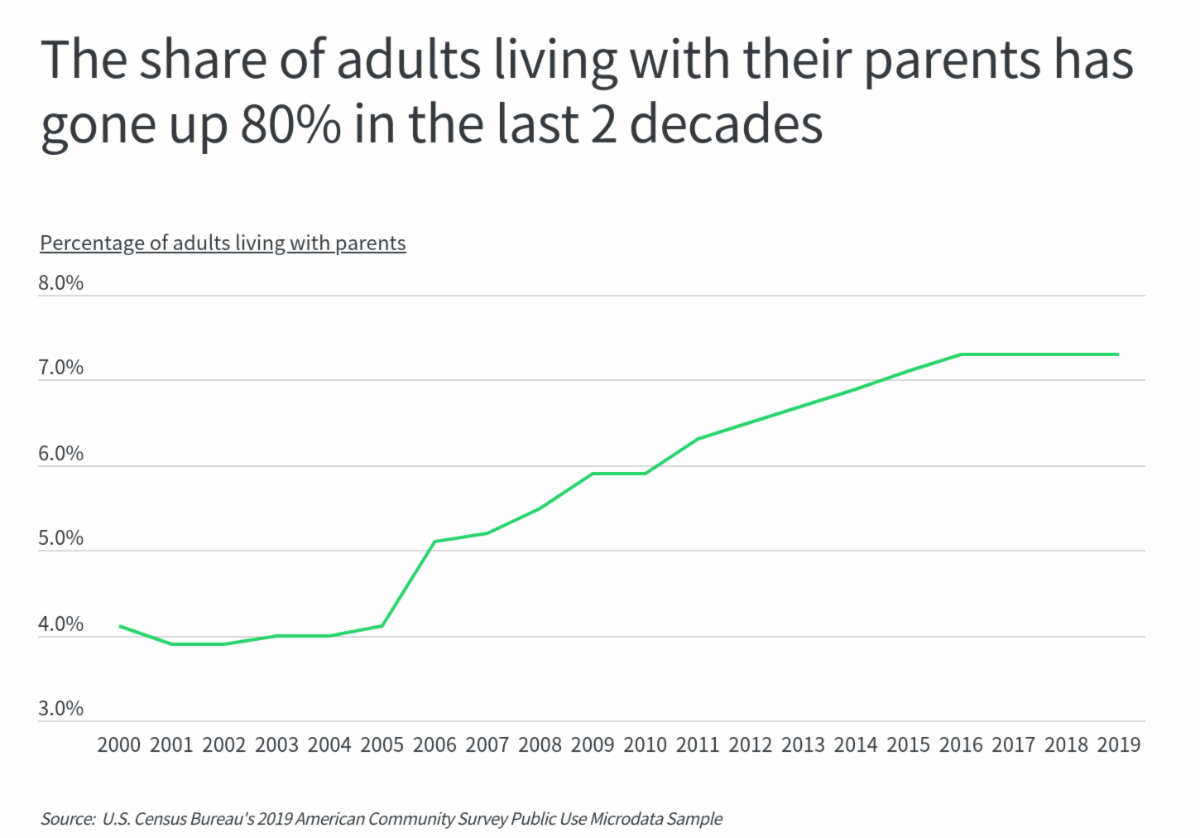 Men are more likely than women to live with their parents (8.6% of men compared to 6.1% of women), and this difference has widened over the last decade. Similarly, adults living in metropolitan areas are more likely to live in their parents’ home (7.6%) than those located outside of metropolitan areas (6.0%), and this gap has also widened in recent years alongside rising housing costs in major urban areas. 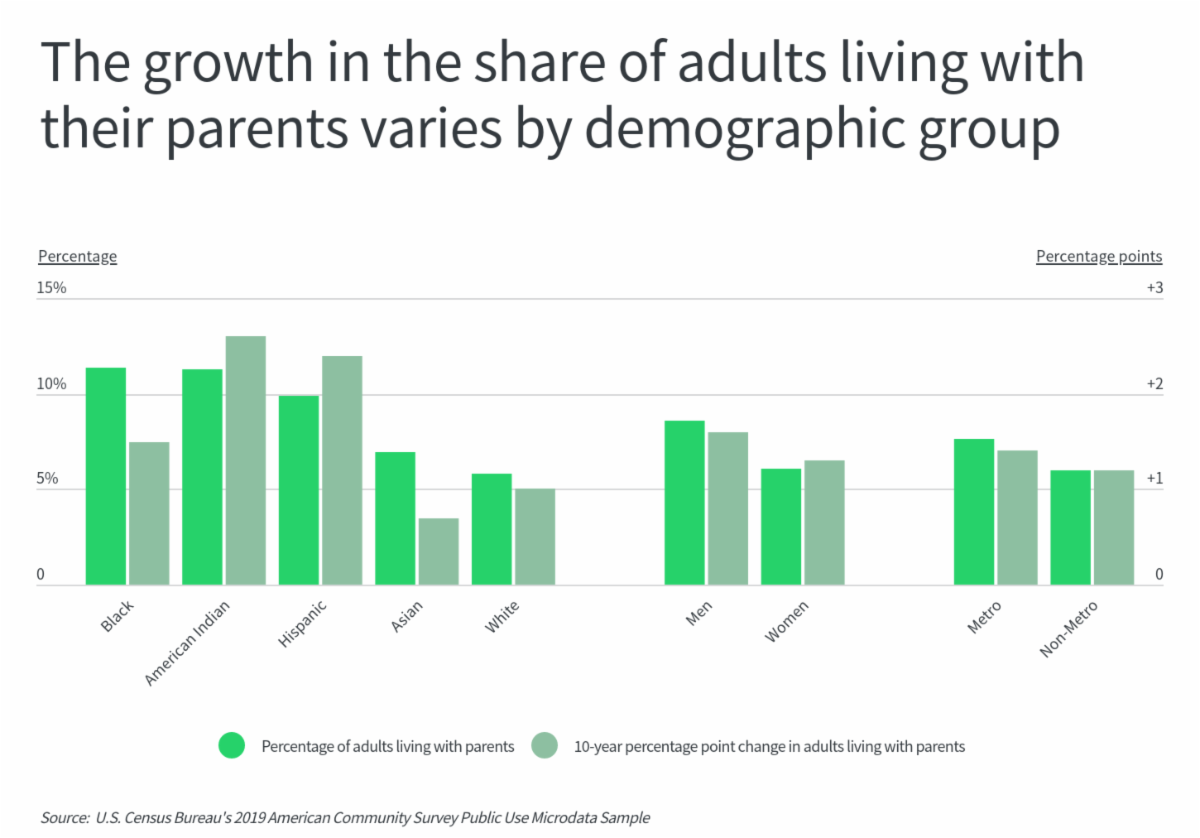 On a geographic level, both economic and cultural differences all impact how likely adults are to remain living with their parents. For example, states in the Midwest that are more affordable and have above-average marriage rates tend to have fewer adults still living with their parents. Examples include North Dakota, Nebraska, and Iowa. In contrast, states with lower marriage rates that are either highly expensive—such as Hawaii, Rhode Island, and California—or have more limited job opportunities—such as Louisiana and Mississippi—generally report larger numbers of adults still living in their parents’ home. For more information, a detailed methodology, and complete results, you can find the original report on Namechk.com’s website: https://www.namechk.com/cities-with-the-most-adults-still-living-with-their-parents