A Tribute to a Fallen Veteran

“We were stationed off the coast of Vietnam. When we got the command from up top  we would bomb the mainland” those are precisely the only two sentences that my late brother Sergio ever spoke to me about his protracted stint in the Navy during the deadly Vietnam war years of circa 1968-1971 where he was stationed secretly out there somewhere in the vast Pacific Ocean. I never pushed my older brother for more details. I could tell from that one short abrupt conversation that I had with him shortly after he was honorably discharged from his military service that it was a history that that he would discuss with no one. He made good on his word! Just this past week my dear brother past away and with him his memories, secrets, nightmares and ruminations about the war in Viet Nam that he participated in are gone with him forever! 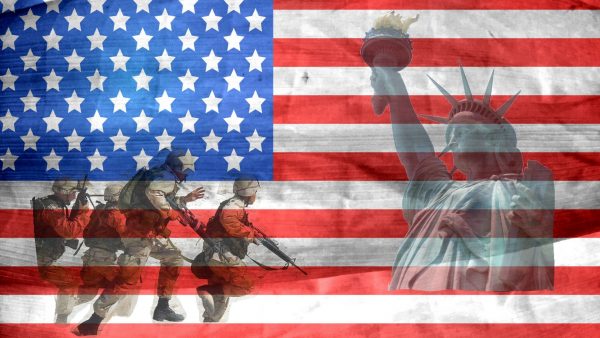 Along with my father, Sergio was the most loyal, hardworking, common sense and efficient man that I have ever known. Both men did not suffer fool, bullshit was dispatched quickly and without a second thought. Both were super socially economic guys, learning very early on in their life to minimize the superficial, so as to purposely and creatively carve out more quality time for those they loved.

There has never been two brothers that were closer than Sergio and me when we were kids growing up in Mexico. We ate, slept, performed family chores, and went to school together. We would double team my saintly mother into gentle submission getting a well-earned reprieve from attending the weekly hellish catechism classes that all the village kids were condemned to attend. We skilfully hunted for frogs and snakes around the village public water well. And always together silently we suffered the ever present hunger that was the constant companion of every child and adult in the small village where we were raised.

When my large nuclear family made the painful yet inevitable trek to El Norte we landed like a crazed locust horde of starving paracaidas (literally parachuteers) invaders on the trash heaps and dumps created haphazardly on the barren and deadly hills between the freezing Pacific Ocean and outskirts of the city of Tijuana. It was quite simply a disease riddle hellhole! It was on this these Tijuana hills that Sergio was struck down with a mysterious infection that almost killed him. He was bedridden, severely emaciated and weak, with a constant high fever for weeks. My father, by now toiling in Los Angeles, worked every minute of his waking hours just to make enough dollars to pay for a doctor that my mother and abuelita prayer would cure my dying brother. The doctor, the prayers, and abuelitas remedios helped a great deal, but I think it was my father’s promise to his beloved dying son that he would buy him a television if he got better. My brother lived and the family became the envy of the colonia, we now owned a functional television.

We remained very close until Sergio went off to the Navy. It seemed to me that he had abandoned me, left me alone to deal with all of the racist acculturation and assimilation landmines that were to be placed intentionally or otherwise at the foot of every person of color in the country at the end of the turbulent 1960’s. I would not see my brother for next six years. I went off to college and he went off to war half way around the world. After what seemed like a lifetime Sergio returned a changed young man. The brother that I knew got lost somewhere in Southeast Asia, the distance between us would grow exponentially throughout the coming years. I became immersed in the radical leftist politics of the time and he isolated himself from the world. He had served his country faithfully and now was fully taking advantage of the GI Benefits that were rightly his to exploit. He went to college and trade school, became a master diesel mechanic, got married, bought a house and had his family. On the rare occasions that we would visit one another and when the conversation turned to politics Sergio would shut down or excuse himself from the conversation. He had participated in war and seen first-hand the death and destruction that it bring both to the country where the war is waged but Sergio also knew first had the immense irreparable damage committed to the heart, soul, and mind of every soldiers that participate in that war.

Sergio, my dear brother and military veteran is now gone. His Viet Nam secrets are gone forever as well. Soldiers are a special breed of humanity, they are expected to kill or die for causes that seems today ever more problematic, ill-conceived, wrought in deception and treachery, and when the war is over, or their service is completed they are supposed to go about their lives as thought somehow they all avoided the long horrible decent into an unimaginably cruel and horrific manmade hell. For my brother Sergio he just simply decide after his honorable discharge out that talking about his own decent into the Viet Nam hell was not a viable option for he ran the high risk of reopening the war wounds and that might send him spiralling back into hell. I will never know. What I do know is that Sergio paid a horrific price for his service to his country and for this heroic service I salute and honor him, as I do all of the incredibly brave men and women who have fought and die for this great country that they have all helped to preserve and create!

I’m a Vietnam Vet. I can understand your Brothers reticence to talk about his experiences in Vietnam. I saw far too many Vet’s that spent too much time crying in their beer over their experiences. That made them virtually perpetual “VICTIMS.”

I , like your Brother, chose not to be a victim but a victor by getting on with my life.

There is another vision in the Vietnam experience that is seldom talked about and that is “Not everything that happened in Vietnam was a bad experience . I had many good, no GREAT, experiences with my time in Vietnam. I saw greatness in the spirit of the Soldiers I knew and kindness in this bowl of evil.

Your Brother was wise.