A Trooper Dreamt Of Changing Hearts And Minds About Law Enforcement. He Got His Wish

It was a mid-September evening in Cedar Park, a small town located in Austin, Texas. A cop-watcher named Phillip Turner stood with a camera rolling in hand while he observed something he found peculiar. The cop was laughing and chatting with the family he pulled over for quite some time. And this cop was, well, pleasant.

Trooper Antuono Siriao waved goodbye to the family and sent them on their way. As he turned around to his SUV, he saw Turner with his camera.

“What’s going on, sir,” Trooper Antuono said to the cameraman with a smile.

“So you record primarily Cedar Park, or— ?” Trooper Antuono asked.

“All over, man,” Turner responded while continuing to video the encounter. “Did you start off as a Trooper or?”

“I did. I’ve been on for about three years now.”

“I love it,” said the trooper. 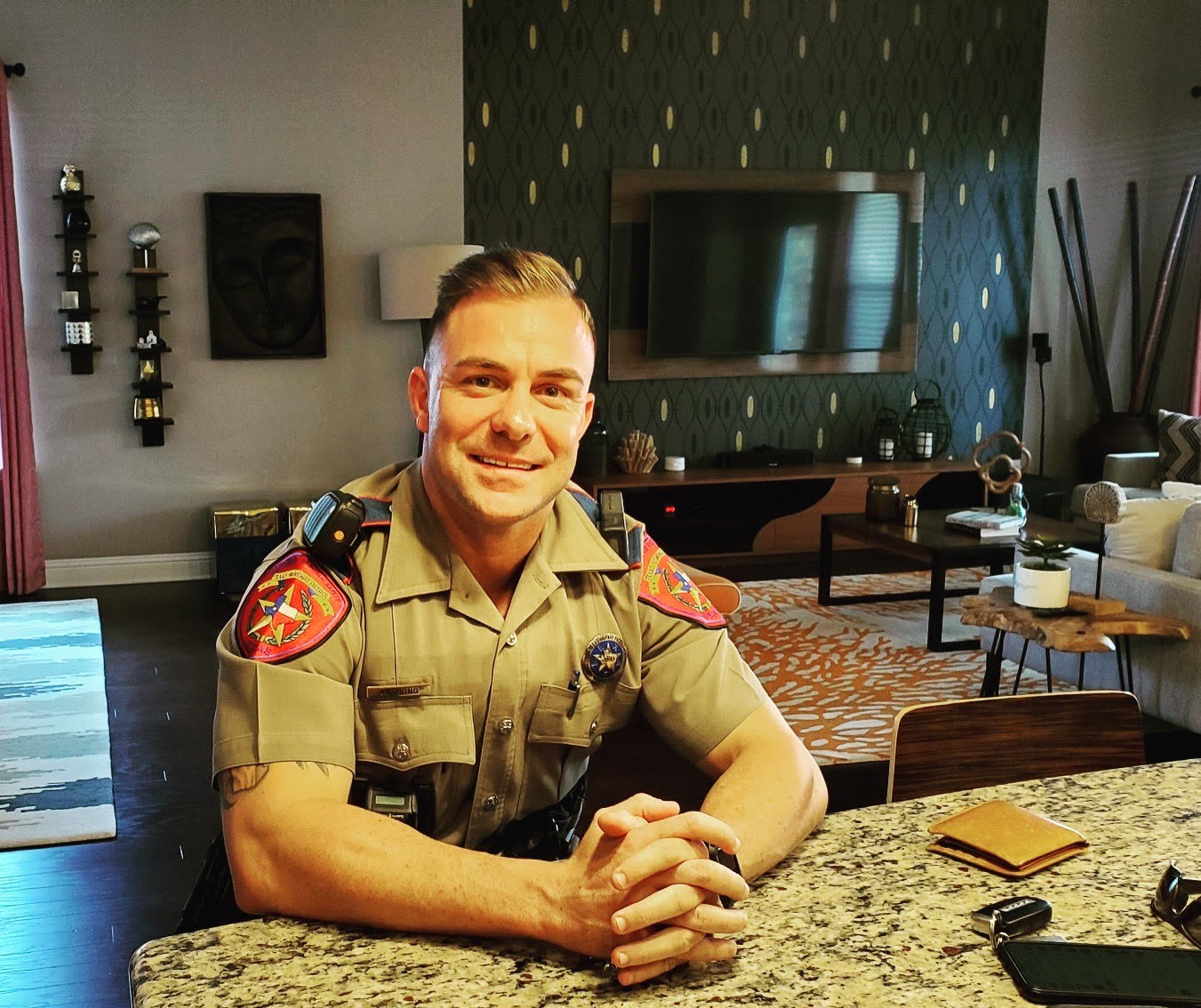 Putting the tickets and the arrests aside, during his 10-hour shifts that sometimes run until 3 a.m., Trooper Antuono finds meaning in the positive aspects of his job. (RELATED: The Media Is Telling The Wrong Story About Police And These Cops Are Proving It)

The YouTuber proceeded to interview Trooper Antuono about his approach towards the public and then posted it online. At the time of this writing, the video has been viewed on Facebook over 20.7 million times and many thousands of times on YouTube.

In the video, the trooper explained that he tries to bring what he calls “the human element” to this work. “I come as a person. I’m just like you. I come up to a vehicle and I talk to you just like a human being. I mean, I’ll state the violation. We do have a policy so we have to stay within that policy. But other than that I’ll just kind of keep it kind of real. I’ll talk to people about what’s goin’ on and where they’re going.”

Trooper Antuono’s pleasant demeanor, the way he answered the cop-watcher’s questions, the respect he displayed for the right to record police, and the “human element” approach that he described caused an uproar of positivity when it was posted on cop-watching pages. One of the thousands of positive comments reads, “Ticket or not, I would honestly enjoy getting pulled over by him.”

Trooper Antuono attempts to change the negative perspectives with every stop and encounter. In every profession, the trooper would explain to them, there are good apples and bad apples.

The purpose of a cop-watching channel, Turner explained, “is about keeping cops accountable for their actions and shining a light on both bad and good officers.” Nonetheless, out of the hundreds of videos Turner posted on his channel, upwards of about 98% or more portray law enforcement in a negative light. Turner responded to criticism that he hates cops by saying, “No. I don’t dislike cops I just dislike bad cops.”

Pew research shows that eight out of every 10 police officers believe they are treated unfairly by the media. In recent years, negative videos posted by cop-watchers and media coverage have contributed to increased negative sentiment towards law enforcement nationwide.

Following the viral video, Trooper Antuono’s department chief asked him to teach a class on social media and public encounters. Additionally, a police department in Vermont will be using the video to train their police officers on how to engage with the public.

Trooper Antuono has a lot to share that could help change the negative perspective on law enforcement. Born into an Italian home where respect was a “huge value,” the trooper carries it over into every encounter and traffic stop. The trooper treats gang members, murderers and drug dealers the same as someone pulled over for a speeding ticket.

“I feel like at that moment [of the stop] none of that matters,” he said. Trooper Antuono bears in mind that an individual involved in criminal activity had done nothing personal to him. Therefore, rather than using forceful speech or even an aggressive tone, he leads with asking for mutual respect. The trooper’s strong social and communication skills are his go-to method for settling volatile situations.

This approach, he says, has been fool-proof every time. 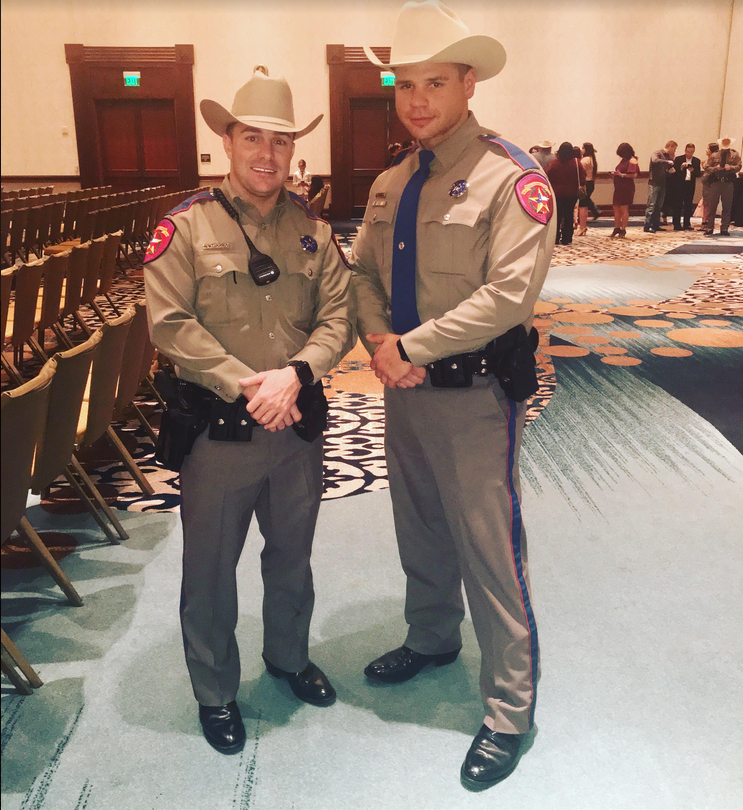 As an example, the trooper recently arrested a 65-year-old man for a driving while impaired (DWI) and leaving the scene of an accident (hit and run). “I believe it was his third DWI. So he clearly had a drinking problem,” Trooper Antuono said. (RELATED: Study Reveals The Best And Worst States To Be A Police Officer)

“So the way I treated him is kinda like — he’s drunk, yeah. He’s kind of obnoxious, but I ended up kinda settling him down just talking with him, having everyday conversation and relating.”

The trooper found common ground in that they had both served in the military.

“There is never a point where I degrade. I’m your friend for that time, but yes I’m going to arrest you. But there is no reason to disrespect you because you’ve done nothing personal or wrong to me. So that’s how I came off often.”

When Trooper Antuono was first adjusting to the job he came off as robotic trying to make sure he was acting according to the policy. Now, he doesn’t have to think about the policy because it comes out naturally and he just focuses on being a relatable human.

“You be safe in that car, don’t speed to fast, alright?” the trooper said to the cop-watcher at the tail end of the exchange. “I don’t want to have a professional encounter with you.”

“Hopefully, not,” the cop-watcher said with a chuckle.