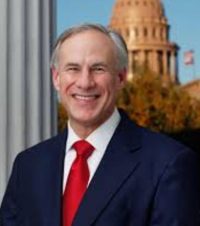 The cartels are bringing terror into Texas communities, Abbott said in his fourth letter to the administration about the border crisis.

The cartels “smuggle narcotics and weapons into the United States to fund their illegal enterprises,” Abbott writes. “They force women and children into human and sex trafficking – enriching themselves on the misery and enslavement of immigrants. They murder innocent people, including women and children. These Mexican drug cartels are foreign terrorist organizations, and it is time for the federal government to designate them as such.”

The questions and concerns addressed in the previous three letters have remained unanswered by Biden and Harris, Abbott says. Harris, tasked with managing the illegal immigration crisis last month, has yet to visit the border, let alone Texas.

Meanwhile, Texas ranchers are left to fend for themselves defending their property from trespassing cartels and illegal immigrants evading law enforcement.

Susan Kibbe, executive director of the South Texas Property Rights Association, said the smugglers Texans are dealing with now are heavily armed, and the illegal immigrants they are smuggling are often convicted criminals.

Kibbe obtained a video of smugglers from law enforcement after they posted it on TikTok and shared it with the media. In it, two heavily armed suspected smugglers are seen driving down a dirt road to transport people to the next alleged smuggler. The individual recording it is yelling in Spanish and pointing an AR-15 with a drum magazine out the windshield.

The video was recorded in Jim Hogg County, Texas, roughly 70 miles north of the U.S.–Mexico border.

The Rio Grande Valley Border Patrol sector in south Texas is the busiest in the U.S. for illegal crossings. Since Oct. 1, 2020, 1,625 criminal aliens – almost four times the number during the same time period last year – have been arrested.

“These criminal aliens were convicted here in the United States for crimes other than immigration, ranging from murder, sexual crimes, assault and narcotics trafficking,” according to a statement from the Rio Grande border sector.

Currently, more than 1,000 illegal immigrants are evading capture by Border Patrol daily along the border, and many will end up traversing private ranchlands to get further into the interior of the United States.

As a result, federal and local law enforcement are advising landowners to carry firearms on their own property.

“These [smugglers] have become a lot more militant,” Scott Frazier, Texas Farm Bureau board member, told GOP congress members in their recent trip to the border April 7. “You’re kind of scared of them. You’re kind of scared to be out on these ranches by yourself nowadays. Definitely scared to have your family here.”

In the small Texas town of Cotulla, 70 miles north of Laredo, so much criminal activity by smugglers is occurring that the local school district sent a letter to warn parents: “Please be watchful of your children as they are playing outside, walking home from school, or generally out of the house.”

Cotulla Independent School District superintendent Jack Seals and La Salle County Sheriff Anthony Zertuche said, “Both our communities and the rural areas of the county have experienced a great increase in law enforcement chases and ‘bailouts.’”

Bailouts occur when law enforcement agents attempt to stop a driver who is transporting illegal immigrants and they jump out of the vehicle and run away before they can be detained.

Zertuche said his deputies have been responding to eight to 10 car chases per day.

“These chases sometimes end in bailouts inside the city limits,” the letter states. “The sheriff’s office has been on top of these and are apprehending all of those trying to flee after bailing out.”

Although the sheriff’s office has increased patrols around the schools, parents are advised to lock their vehicles and their property.