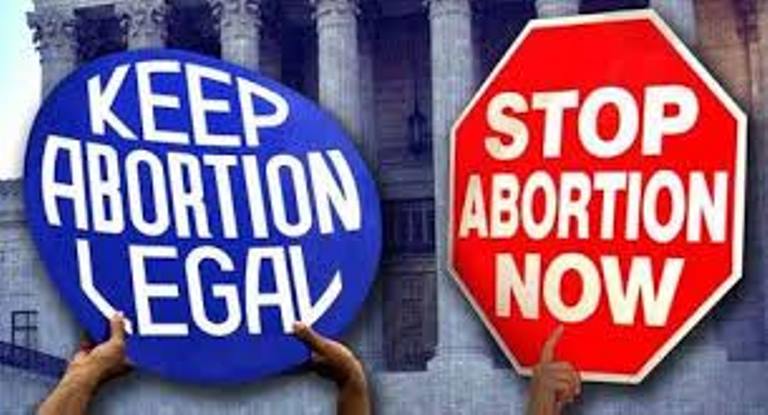 Hundreds of protesters descended on the state Capitol on Tuesday for two separate rallies to oppose abortion- and COVID-related bills facing key votes in the Legislature — underscoring the extent to which some California voters are dissatisfied with the policy proposals emanating out of Sacramento.

First up: Abortion. One of the rallies — which featured what appeared to be a Christian band and dancers waving colorful banners, along with protesters holding signs with slogans such as “Babies’ Lives Matter” — was in opposition to a bill by Democratic Assemblymember Buffy Wicks of Oakland to abolish California’s requirement that coroners investigate stillbirths.

Also Tuesday, lawmakers advanced a bill that would allow some California nurse practitioners to perform first-trimester abortions without a doctor’s supervision — part of a larger package of bills to expand abortion access to Californians and out-of-state residents.

On to COVID: The People’s Convoy — a trucker caravan crisscrossing the country in opposition to vaccine mandates and COVID restrictions — gathered for their second straight day of protests at the Capitol. Their backdrop: a large poster of Democratic Sen. Richard Pan of Sacramento emblazoned with the word “LIAR.”

Can CA go any stronger on gun laws?