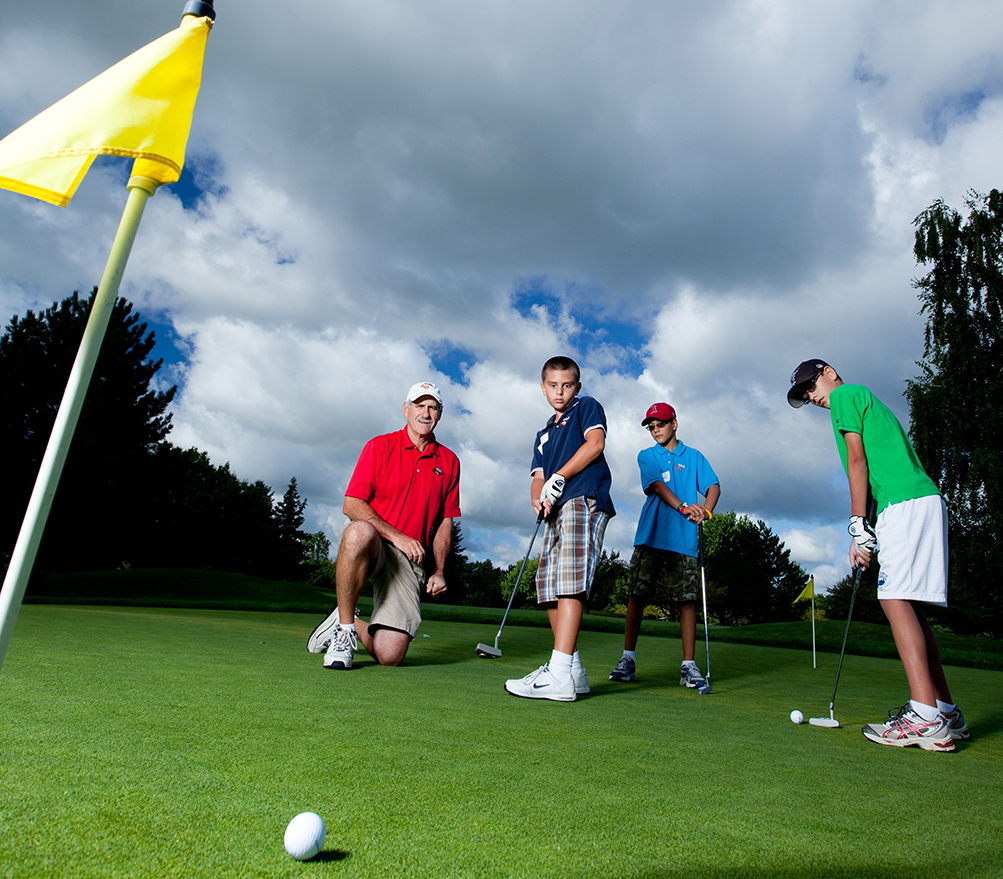 Los Angeles, CA – TGA Premier Sports (TGA), the leading force introducing golf in schools and communities through programs that combine sports and academics, continues nationwide expansion with the launch of its 77th U.S. market, California’s Central Coast. On pace to enroll its one-millionth participant by 2020.

Built on a sustainable, scalable model of before- and after-school enrichment programs and local sports camps, TGA Premier Sports has become one of the nation’s most impactful developers of community-based sports programs for kids ages five to 12.

TGA Premier Sports Central Coast in Ventura County, Calif. was launched by Kristin Hatfield, a local executive, inventor, entrepreneur, working mom and lifelong athlete, as a way to give back to the community that helped shaped her passion for sports and its many rewards.

Having seen the impact and successful engagement TGA Premier Golf has had in other communities, Hatfield recently decided it was her time to give back. “TGA is a community of people who are giving back to our youth in our local communities. I want to show up and be there for local children,” she says. “I want to be the first person who puts a golf club in a child’s hands while impacting them through education and being active.”

TGA Premier Sports Central Coast territory includes the coastal communities in Ventura County. “We are already having an impact by coordinating with Olivas Links Golf Course and the School’s PTA to organize a fundraiser that incorporates families playing golf together and raises funds for the PTA at local schools in the Ventura Unified School District,” she says.

With Hatfield’s new franchise, thousands of youngsters will be impacted through golf in and around California’s Central Coast. “When children learn and play golf, they begin to build and nurture skills that allow them to strive to become our future leaders. Through TGA’s dynamic curriculum, we will incorporate station-based skill development activities, STEAM Labs to explore educational concepts through the sport of golf, and key life lessons including teamwork, sportsmanship, perseverance, and leadership,” she adds.

TGA impacts communities by introducing sports that empower kids directly into schools and community centers through before- or after-school enrichment programs, spurring participation in a way that starts at the grassroots level but has national implications.

TGA creates an accessible player pathway for students and their families to build on their new-found golf passion and advance further in the sport. From introductory programs, to recreational camps, clinics and family programs, engagement in these programs are leading juniors to participating in other national golf programs, as well as playing on high school and college teams. With registration fees significantly less than $200, TGA’s six- or eight-week enrichment programs are also extremely affordable for families interested in starting their kids in golf.

TGA provides all of the equipment for kids at no cost in the program, including its own line of custom golf equipment to provide all players an affordable option to get into the sport. The program can also be utilized anywhere on school campuses regardless of weather, including gymnasiums, hallways, cafeterias, fields and blacktops.

Families and schools nationwide have embraced the TGA model and its programs because it creates a healthier and safer environment for students at schools and community centers. The school-based curriculum includes golf skill progression, education subjects and STEM/STEAM Labs, in addition to physical fitness and health components.

For more information and to register for the TGA Premier Golf programs in California’s Central Coast region, visit www.playtga.com/CentralCoast. 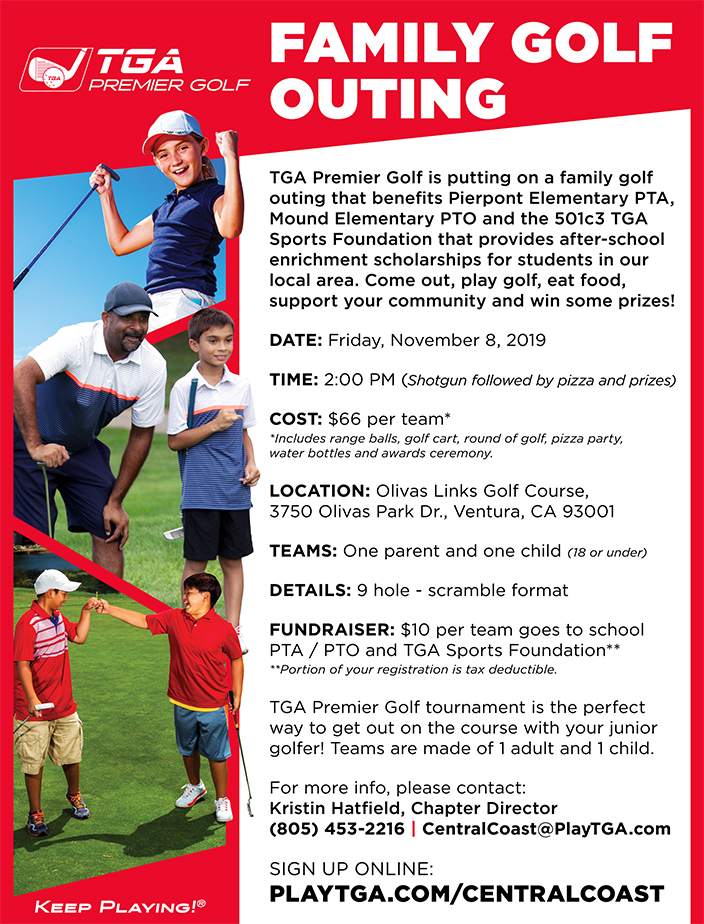 TGA franchises can be found in more than 77 markets across 28 states, as well as internationally in Canada and Spain. Its continued growth has impacted over 825,000 youth and made these sports available to 1.75 million families through its education-based programs and the TGA Sports Foundation, which provides access for all children and promotes the physical, educational, social, and character-building elements of these sports.