As the merger of climate change and COVID panic materializes before us, “global leaders” have found developing world voices to join the crusade to “save the planet” from carbon (dioxide) “pollution.” But like their Chinese and Indian counterparts, many Africans, from heads of state to captains of industry and beyond, intend to expand reliance on fossil fuels to build their economies, not shrink it.

“Africa’s electricity demand is set to increase significantly, as the continent strives to industrialize and improve the well-being of its people,” says Oxford University researcher Galina Alova. Those who hope for rapid energy “decarbonization” in Africa will likely be disappointed.  Alova’s research found that Africa is likely to double its electricity generation by 2030, with fossil fuels providing two-thirds of the total, hydroelectric another 18% and non-hydro renewables less than a tenth. 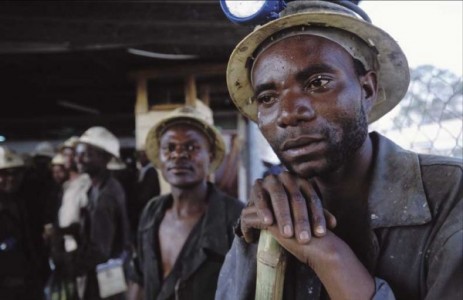 Such an energy mix flies in the face of the firm commitment from the Biden Administration to demand an end to all international financing of fossil-fuel-based energy projects. Biden climate envoy John Kerry won a strong endorsement of this from 450 organizations worldwide, after telling World Economic Forum members of the “plan for ending international finance of fossil fuel projects with public money.”

The Biden plan certainly comports with the Paris climate agreement and echoes the call by European Union foreign ministers to end financing of fossil fuel projects abroad, meaning primarily in Africa. Secretary of State Antony Blinken certainly believes “development finance is a powerful tool” for addressing the “climate crisis” that the U.S. intends to use to “help drive investment toward climate solutions.” (Translation: “We intend to ram decarbonization down their throats!”) And many Africans feel they must placate their self-appointed betters and accept climate change tenets.

The world, they insist, cannot afford to give Africa a pass on decarbonization – even though China and India are clearly getting a pass, largely because they are mostly financing their own projects. The US Agency for International Development (USAID) has similar anti-fossil-fuel policies. All these attitudes smell of carbon colonialism and eco-imperialism.

Those who care about people, and eliminating poverty and disease, prefer a more temperate approach.

In late March, investment professional Tariye Gbadegesin challenged President Biden to prioritize African nations as part of his global climate initiative. While admitting that Africa’s urban centers are swelling, “threatening more emissions,” she asserted that striking a balance between this ongoing development and its climate impact must be a global priority. For example, Nigeria could build a hybrid grid using plentiful natural gas and solar energy. Such a hybrid grid might not meet Biden-EU financing guidelines, Gbadegesin recognized, but a lot of gas is now being burned off and wasted.

In early April, the Africa Development Bank (AfDB), Global Center for Adaptation, and Africa Adaptation Initiative held a virtual Leaders Dialogue in response to the State of the Climate in Africa 2019 report. Over 30 heads of state and other global leaders committed to prioritize actions that will help African countries both adapt to the alleged impacts of “climate change” and overcome widespread energy poverty. African Union chair Felix Tshisekedi listed “nature-based solutions, energy transition, an enhanced transparency framework, technology transfer, and climate finance” as critical adaptation areas.

During the meeting, AfDB president Dr. Akinwumi Adesina noted the group intends to mobilize $25 billion in financing for the success of the Africa Adaptation Acceleration Program. “It is time,” he said, “for developed countries to meet their promise of providing $100 billion annually for climate finance. And a greater share of this should go to climate adaptation.”

With developed countries struggling to recover and create jobs in the wake of COVID, and amid efforts to decarbonize their own economies, the likelihood of even $10 billion annually is slim to none.

Moreover, this African response to the Biden-EU decarbonization initiative – relying on adaptation and balance, not carbon prohibition and eternal poverty, to achieve sustainability – reflects the 1987 Brundtland Commission report, “Our Common Future.” In it, the World Commission on Environment and Development defined “sustainable development” as development that “meets the needs of the present without compromising the ability of future generations to meet their own needs.” [emphasis added]

Back then, Commission Chair Gro Harlem Brundtland acknowledged that, “A world in which poverty is endemic will always be prone to ecological and other catastrophes.” In her view, “Meeting essential needs requires not only a new era of economic growth for nations in which the majority are poor, but an assurance that those poor get their fair share of the resources required to sustain that growth.”

US, EU and UN climate “monarchs” have long ignored Brundtland’s promises. The UN’s 20-year assessment of the document did not even mention “poverty” or “Africa.” CFACT reported that year that sub-Saharan Africa was “in very short supply of energy and power, especially electricity, and overland trade [was] greatly hindered by an almost total lack of infrastructure.” Worse, preventable lung diseases were (and still are) rampant, because people must rely on dung and wood fires for heating and cooking.

At the 2011 UN climate conference in Durban, South Africa, nuclear physicist (and CFACT advisor) Kelvin Kemm reported that African representatives were not happy. “Their general feeling,” he noted, “was that the First World is trying to push Africa around, bully African countries into accepting its opinions, and even worse [forcing Africa to adopt] its supposed ‘solutions.’”

That feeling remains. Responding to the Biden-EU renewables-only energy financing plan, W. Gyude Moore, a senior fellow at the Center for Global Development and former Liberian Minister of Public Works, suggested that “There’s this idea that, because Africa is lacking in legacy infrastructure, it’s a good canvas to paint the energy future. But no African country has volunteered itself for that.”

With nearly 600 million Africans still lacking access to electricity, “it seems immoral to restrict options for energy sources” for the world’s poorest continent, Moore stated. He and Breakthrough Institute scholar Vijaya Ramachandran later wrote that a ban on oil and gas projects in Africa would stifle economic growth and make poor populations even more vulnerable to climate change impacts.

The top priority for most African countries is economic growth, first in agriculture, then in industry and services, Moore and Ramachandran explained. For most Africans, worries of an increased carbon footprint generated from economic growth are a distant second to worries that growth may not happen at all. In their view, people in poverty don’t just need to power a tiny refrigerator or single light bulb at home; they need abundant, affordable energy at home and at work.

Africa’s needs are too great to be met solely with expensive, intermittent green energy technologies, its finances too stretched to afford carbon-neutral energy, Moore and Ramachandran emphasize. Keeping Africa poor “to fight climate change” will do nothing to help the people most affected by it.

Unfortunately, President Biden, his EU allies and the “green 450” corporate crowd don’t seem to understand or care about these basic concepts.

This arrogance makes it quite clear that “Our Common Future” is still in the future, if at all. The difference is that Africans are no longer waiting for the UN, International Monetary Fund, World Bank, or even African Development Bank to finally invest in sorely needed African infrastructure. By hook or by crook, Africans are committed to using whatever resources are available to do the job – even if it means aligning with Chinese banks, Chinese mining companies, and Chinese terms and conditions.

Duggan Flanakin is director of policy research at the Committee For A Constructive Tomorrow (www.CFACT.org). He previously coordinated publication of science research at the US Bureau of Mines and prepared reports on regulatory agencies, environmental education and science policy.