AI, 5G, and How Algorithms Could Cost You More Than Your Money

In commercial terms, the beneficiaries of all this data are Baidu, Alibaba, and Tencent—China’s equivalents of Google, Amazon, and Facebook—who feed it into a massive AI platform that powers algorithms to keep customers coming back for more, says national security expert and retired U.S. Air Force Brig. Gen. Robert Spalding.

But in societal terms, the same data can also be harnessed to influence more than just spending choices.

“It’s a very powerful way of influencing people. Amazon Prime, they know how to get you to buy more stuff, so that same psychology is how they [the CCP] get you to like them more or at least like their narrative more.”

As the CCP seeks to expand its influence outside China, understanding how Westerners think is of great value. By harvesting data, the CCP can learn how to “systematically incentivise [you] when you are a good citizen and disincentivise when you are a bad citizen,” Spalding said.

This idea forms the basis of China’s “social credit system,” which Samantha Hoffman of the Australian Strategic Policy Institute describes as “the use of big-data collection and analysis to monitor, shape, and rate behavior via economic and social processes.”

“For the system to function, it must provide punishments for acting outside set behavioral boundaries and benefits to incentivise people and entities to voluntarily conform, or at least make participation the only rational choice,” Hoffman wrote in a 2018 report titled “Technology-enhanced authoritarian control with global consequences.”

It is a powerful form of coercion to toe the party line.

The personal social credit system is still in development, with various pilot programmes around China, but it has the potential, together with China’s mass surveillance system dubbed “Skynet,” to monitor and rank citizens’ behaviour.

“It’s ‘1984‘ come to life,” Spalding said, referring to George Orwell’s dystopian novel about a totalitarian regime that monitors its citizens day and night to ensure conformity to the party ideology.

“[The system] doesn’t stop at China’s borders. Social credit regulations are already being used to force businesses to change their language to accommodate the political demands of the Chinese Communist Party,” Hoffman wrote.

“As businesses continue to comply, the acceptance of the CCP’s claims will eventually become an automatic decision and hence a norm that interferes with the sovereignty of other nations. For members of the public on the receiving end of such changes, the CCP’s narrative becomes the dominant ‘truth,’ and alternative views and evidence are marginalised.” 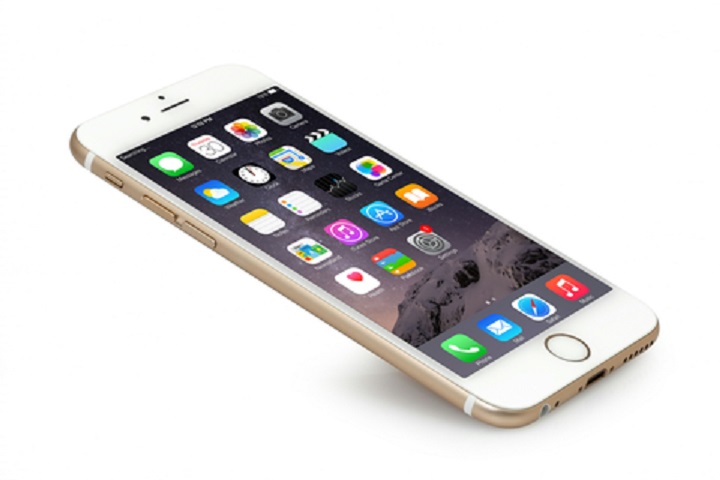 The Chinese regime bans nearly all international social media and communications platforms, encouraging the development instead of homegrown equivalents such as WeChat (the Chinese answer to Facebook and more). WeChat use is almost compulsory in China, as services such as banking, travel, shopping, and communication are all integrated into the app.

As the app’s use expands outside of China, so does the surveillance and potential for influence.

TikTok, like all other Chinese companies, is compelled by Chinese security laws to cooperate with intelligence agencies when asked, one of the reasons the United States considers Chinese communications apps a national security risk.

Cybersecurity experts have also warned that TikTok can’t be trusted.

While the company’s data server is in the United States, cybersecurity firm Penetrum found (pdf) that the app is substantially linked with Chinese servers.

Though TikTok has denied the data harvesting claims and sought to distance itself from its Beijing owner, the United States is now so concerned about TikTok’s security risks that in August it gave ByteDance an ultimatum—either sell TikTok’s U.S. operations to an American company or be banned in the United States.

Just before the ban was due to come into effect on Sept. 20, President Donald Trump agreed to a partnership deal between ByteDance, Oracle, and Walmart.

TikTok hasn’t yet elicited such a response in Europe. The company said in early August that it will set up its first European data centre in Ireland.

“TikTok is a data collection entity, a data collection app that’s disguised as a social media—it collects username information, the IP address of your telephone, of every computer on your WiFi network,” he said.

All this data could be fed into AI systems to understand how people behave right down to predicting how they think. With that knowledge, it may be possible to influence people’s behaviour, often without them even realizing it’s happening.

“Far beyond simply data collection—it’s a persuasion device,” Ellis said. “It uses artificial intelligence to feed videos, selected curated videos, to the users so you are being fed videos onto your device that are being selected by algorithms written by the Chinese Communist Party.”

A major problem is that China is already advanced in its AI capability, Spalding said.

This is seen in China via state-linked and state-subsidised technology companies such as Baidu, Alibaba, and Tencent—the owner of WeChat. There’s also increasingly widespread installation of facial recognition cameras. This technology means that, in the future, your phone wouldn’t even need to be involved in detailed surveillance, Spalding said.

In this “smart city” scenario, Spalding describes how you could just leave your house, say the word “Uber,” the cameras pick up your face, read your lips, and your taxi arrives. In this way, your every move is tracked and can be used against you as an individual and against society as a whole.

“All that data being collected and making your life more convenient is again how they [the CCP] understand who you are as a person, what your belief system is, who you interact with,” Spalding said.

“Once they have an idea who you are, then they can begin to build that into the algorithms for the commerce that is coming on board.”

Your access to basic services such as health care, government, and transport services could then depend upon your citizen score.

“This is what they [the CCP] seek to export, and they export it through their global economics relationships with other corporate clients, other corporations outside their borders,” Spalding said.

“First it’s ‘bring your AI research centres to China’ and once our AI is better than yours, once we can compete with you in the market because we are going to be subsidised [by the Chinese state], you’ll first start to partner, then after partnering we slowly begin to take you over.

5G and the Surveillance State

The CCP is heavily invested in developing and deploying 5G mobile networks in countries around the world through its Belt and Road Initiative and Digital Silk Road.

5G will enable much greater integration of technology—the “internet of things”—where all sorts of electronic items, from toothbrushes to driverless cars, are connected to the internet and can communicate with each other. And they all produce collectible data.

This network makes it increasingly difficult to escape your every movement and action from being logged.

“That’s the terrible thing, right?” Spalding said. “Today, you can throw your phone away [to avoid being tracked]. But when 5G is built, that millions of devices connected per square mile means wherever you go, you’ll get tracked, because it’s not your phone anymore, it’s the city built around you—it’s meant to track you.

“There’s nothing you can do then.”

Perhaps offering some hope, he doesn’t see this happening in Western countries for 10 years because of the infrastructure needed.

But almost at this stage is Xinjiang, an autonomous region in northwest China. Xinjiang and its population of ethnic Uyghur people have become a testing ground for this kind of high-tech surveillance state, wrote Ross Andersen, a deputy editor of The Atlantic.

Andersen described a situation where cameras are positioned every few blocks, and there are multiple checkpoints, each recording citizens’ movements. If you want to leave the city, you must pass through another face and ID scan. Compulsory phone apps monitor online activity, including purchases and conversations. Compulsory “health checks” take blood and DNA samples. Voices are recorded.

Even electricity use is monitored to detect unauthorised residents. Staying off social media can also arouse suspicion.

As AI improves and databases grow, this sort of checking on citizens could be easily automated, Andersen explained.

Hoffman suggested Western countries review research collaborations with China and the export of Western technology to make sure it isn’t used in the development of surveillance systems. The use of strict data protection laws that adequately address privacy and govern how personal data can be exported and used overseas could also counter the CCP’s actions.

But if the system that carries the data is compromised, even these measures might be useless.

Spalding described British Prime Minister Boris Johnson’s decision in July to ban and then remove Huawei’s 5G equipment from the UK network over the next seven years as “a very positive decision.”

However, even if Huawei isn’t permitted further input into infrastructure, there are still software insecurities, leaving any 5G network open to potential exploitation.

The only way to protect democratic populations from the CCP’s potential spying is to provide a completely new solution, Spalding said.

That solution and the way forward is the provision of an alternative and very secure 5G network, which builds in data privacy for end-users and therefore protections from the danger of subversion or control by the CCP, he says.

People can then, if they wish, choose that alternative for themselves.

“We have to take control of our own destiny as free people,” he said.

Kat Piper, Lily Zhou, Eva Fu, and Cathy He contributed to this report

Who are the puppet masters and their lieutenants, both foreign and domestic, in all this?