Alec Baldwin Shooting: Is Anyone In Charge Here?

By now, we’ve all been inundated with the many conflicting stories about what happened in the senseless, but totally avoidable killing of Halyna Hutching, the cinematographer on the Rust movie set near Santa Fe, New Mexico.  And the various stories keep coming from many different sources, none of which provides a reliable explanation for why poor Halyna was shot to death. 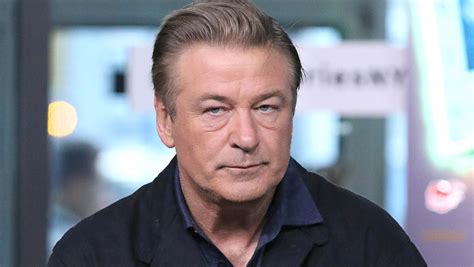 So, it may be useful to revisit the description of the incident given by the film production’s boss, actor/producer Alec Baldwin, who described the shooting as an “incidental accident”. While it seems that Baldwin’s use of this phrase was meant to deflect fault away from himself, he may not have been aware of the Merriam-Webster dictionary definition of the phrase as “’Accidental’ and ‘incidental’ that can both mean ‘something happening by chance’ but usage suggests that accidental’ also implies an element of carelessness or inattention…’”

Now this may have been an unfortunate choice of words by Baldwin, who has worked hard to establish himself as a pugnacious, nasty, left-wing ideologue violently opposed to the protections of the Second Amendment and to gun ownership in general. Further, he has never hesitated to send mocking tweets about other people’s gun mishaps.

So, as hopefully responsible people, some of whom are gun owners, it may be helpful to examine Baldwin’s point of view, that of “incidental accident” to see if he appropriately applied that characterization to what actually happened. But first, we must recognize the most fundamental rules of gun safety: 1) Always treat a gun as if it were loaded, 2) Never point a gun at anything you are not prepared to destroy, 3) Never place your finger on the trigger until you’ve acquired your target and 4) Always know what is behind your target.

Based on what we think we know about the shooting; it is safe to say that Baldwin violated each one of the four fundamental rules of gun safety. But worse, Breitbart’s John Nolte published a list of “15 Things that Reportedly Went Wrong on Alec Baldwin’s Deadly ‘Rust’ Set”. These are 1) Combining the armorer and prop jobs, 2) Using prop guns for real target practice, 3) Mixing live ammo with blanks, 4) Ignoring previous negligent gun discharges on the set, 5) Ignoring crew members resignations over safety issues, 6) Hiring an inexperienced armorer, 7) Leaving firearms unprotected during a lunch break, 8) Having an untrained assistant director who failed to inspect the gun before he handed it to Baldwin, 9) The armorer’s failing to clear the gun, 10) The assistant director’s  failing to clear the gun, 11) The assistant director’s  failure to show Baldwin that the gun had been cleared, etc.

So, while there were a monumental and multi-layered series of failures that lead to Hutchins’ shooting death, all of them would have been rendered irrelevant and harmless to Hutchins had Baldwin simply bothered to check the gun himself when it was handed to him. That self-check should have taken about 20 seconds for a responsible gun user and would have avoided the world of hurt now facing Baldwin and the Rust production staff and crew. Neither Baldwin nor anyone should ever take the word of another person that a gun is unloaded without checking for himself. Period!

What lessons should the reader take from this horrible event? Responsibility for one’s actions should be a watchword for life. Strategic planning, that is, thinking ahead about avoiding danger, should always be paramount in one’s mind. Situational awareness should always govern our thoughts and actions, in gun use, in business and in our daily lives. None of us wants an “incidental accident” to jeopardize our futures and the futures of those we interact with.