The beleaguered Black Lives Matter Global Network Foundation has been kicked off Amazon’s charity platform for its failure to disclose where tens of millions in donations it received nearly two years ago have ended up.

AmazonSmile, which gives a portion of eligible purchases on the online shopping site to charities, said it “had to temporarily suspend” the group today, an Amazon spokesperson told The Post.

“States have rules for nonprofits, and organizations participating in AmazonSmile need to meet those rules,” the spokesperson said. “Unfortunately this organization fell out of compliance with the rules in several states, so we’ve had to temporarily suspend them from the program until they come into compliance.” 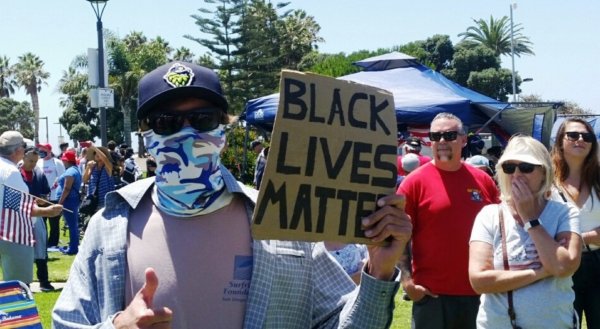 Amazon plans to hold any funds that have accumulated for BLMGNF “until they’re back in compliance,” the spokesperson said. AmazonSmile has raised more than $300 million for charities, according to its website.

In Oct. 2020, BLMGNF took in more than $65 million in donations from Thousand Currents, a charity that manages assets of grassroots non-profits, according to documents filed with the California Attorney General.

But the group has so far failed to disclose what it did with the cash. As a result, several states have revoked its ability to collect donations. In California, where the group is based, the state’s Department of Justice warned BLMGNF’s leaders earlier this month that they would be “personally liable” for any delinquency fees and fines.

Click here to read the full article at the NYPOST