America in Transition: Why I’m Not Worried About the Biden/Harris “Gun Control” Talk

A few weeks before the 2020 election, I visited a local gun shop. It was a madhouse. Weapons flew off the shelves as fast as customers could get their wallets out. Ammunition was in short supply too. Why? Well, on the front door, a flyer warned that, if elected, Joe Biden and Kamala Harris would act quickly push to “gun control” legislation through Congress.

“Panic buying” before a big election, just in case, is the norm. That means booming business for gun dealers, but there’s just not much reason for gun owners or would-be gun owners to worry. Other than some ineffectual tinkering around the edges for propaganda purposes, “gun control” just ain’t gonna happen in America.

Not because the right to self-defense (and the corollary right to possess the means of self-defense) is an unalienable and non-negotiable human right, though it is.

Nor because the US Constitution clearly and unambiguously forbids government infringement on the right to keep and bear arms, though it does. 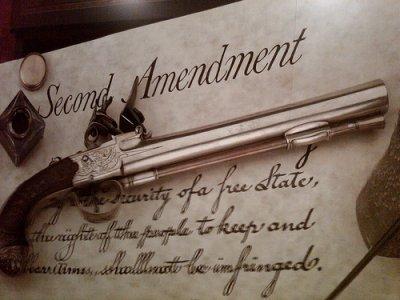 While I love the philosophical and constitutional arguments on the subject, it’s the facts on the ground that really settle the question.

As of 2018, the global Small Arms Survey estimated the number of firearms in civilian hands in the US at 393 million. If evenly distributed, that would be 1.2 guns for each man, woman and child in the country.

They’re not evenly distributed, of course. Per the Pew Research Center, “only” about 30% of Americans own a gun. Call it 110 million.

Here’s how any real public discussion of “gun control” in America is going to go:

Government: Give us your guns.

Government: No, really,  give us your guns. We passed a law!

Gun owners: Come try to take them and see what happens.

Government: Well, when you put it THAT way …

More than 100 million Americans own nearly 400 million guns, and have no intention of surrendering those guns. Furthermore, Americans can build relatively sophisticated weapons with relatively inexpensive machine tools and/or 3D printers, and very basic firearms with items found in most homes.

And if they decide to get pushy about it? As few as 1% of those gun owners could, and almost certainly would, make the Civil War look like a day at the children’s petting zoo.

Yes, politicians will make impassioned speeches to roust votes and campaign donations out of the ignorant and fearful. They might even get some token legislation passed for gun owners to ignore and for politicians to ignore gun owners ignoring.

But they know any attempt to impose real “gun control” would be political, and possibly literal, suicide.