In the first week of November, 2019, detectives from the Sheriff’s Narcotics Unit received information that 50 year old Simi Valley resident Joel Raymond was selling methamphetamine to residents of Ventura County. During a short investigation, detectives were able to gather enough information to obtain a search warrant for Joel, his vehicle and his residence located in the 4400 Block of Apricot Road in Simi Valley.

On November 22, 2019, deputies from the Moorpark Police Department stopped Joel as he left his residence. While Joel was being detained, detectives executed the search warrant at his residence. During the search, detectives located three digital scales, a small amount of methamphetamine and $6750.00 in currency which was believed to be proceeds from narcotic sales.

Detectives also searched a vehicle that was parked at the residence and located a small safe. Inside the safe, detectives located 440 grams methamphetamine, 1.9 grams of heroin, 118 Oxycodone pills, a digital scale and packaging commonly used for the sale of narcotics.

Based on the investigation, Joel was arrested for Health and Safety Code sections 11351 and 11378-Possession for sale of a controlled substance. Joel was transported and booked at the East Valley Jail and is currently awaiting criminal proceedings. 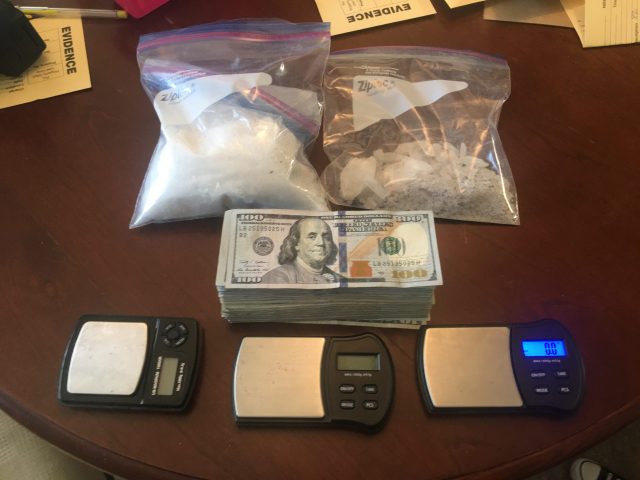 Drug dealers should get life! They are murderers killing our kids or ruining their life’s. Obviously this tweaker uses his own garbage