Another Washed-Up Trump Hanger-On Cashes In 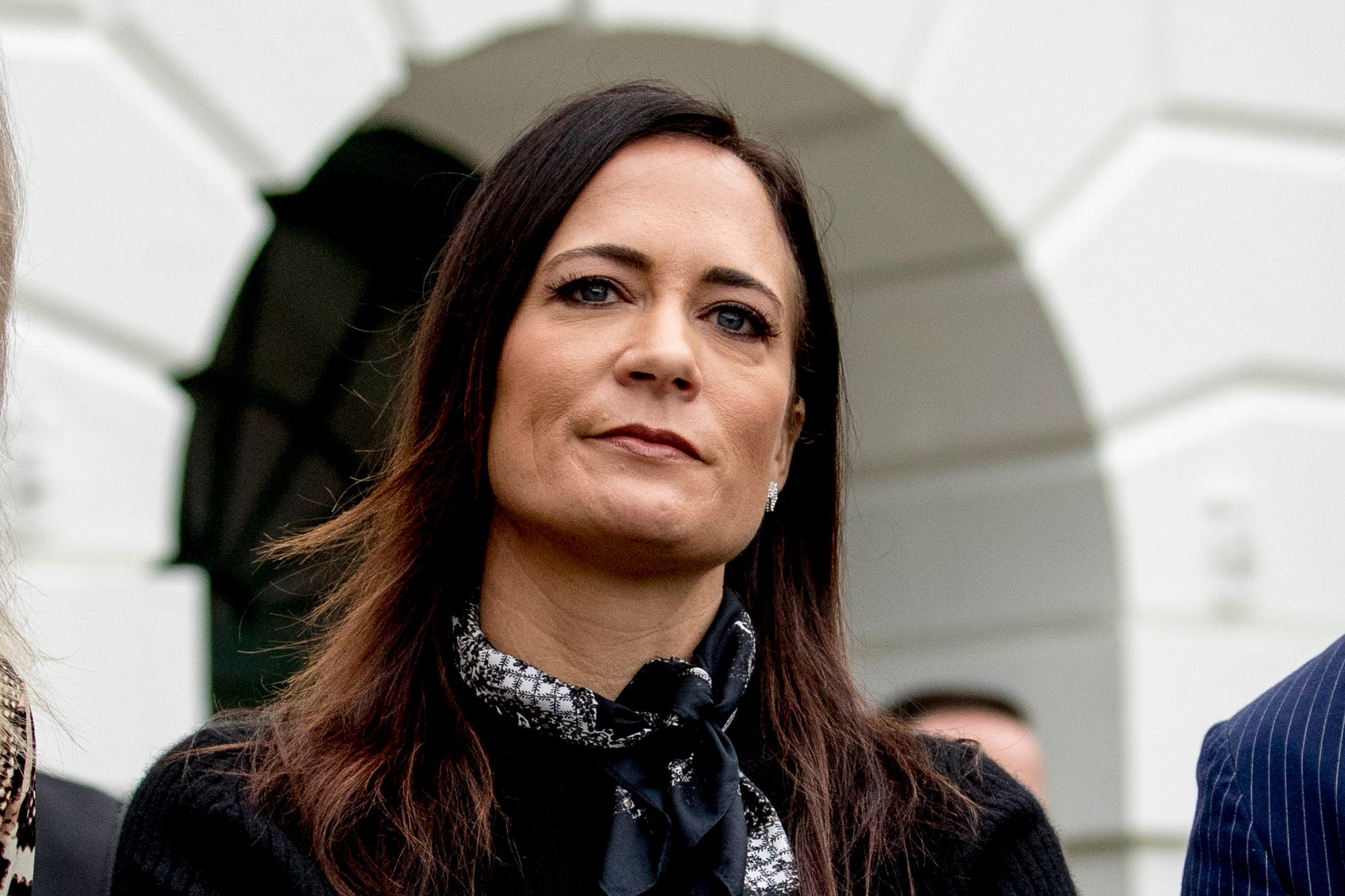 She regrets it so much, in fact, that she has written a “tell-all” filled with supposedly juicy gossip, embarrassing anecdotes, and damning details.

Just ignore the part where Grisham waited until after Trump lost reelection to sell the “truth” about the man she served for all but two weeks of his presidency. Ignore the part where her book comes at a time when opportunities for professional advancement, or even lateral movement, are practically nonexistent for former Trump capos, especially the ones who jumped ship at the very last moment. Ignore the part where the book is an obviously cynical cash grab by a woman who has nowhere else to go.

Ignore all that. Grisham is ready to tell her truth.

The former White House aide alleges that at the G-20 meeting in Osaka, Japan, the then-president told Russian President Vladimir Putin he would act “a little tougher” on him “for the cameras, and after they leave, we’ll talk.” Grisham also claims Trump once asked her then-boyfriend if she was good in bed. She even alleges White House staffers dubbed Jared Kusher and Ivanka Trump “the interns” because they were widely regarded as incompetent and entitled.

And just like that, the list of washed-up former Trump hangers-on who have rebranded themselves as principled, albeit gossipy, critics of their one-time employer grows a little longer. Watch out, Omarosa Manigault Newman and Anthony Scaramucci. You have competition.

Grisham joined Trumpworld in 2015, landing a gig as a press aide to Trump’s presidential campaign. Later, after the 2016 election, she was named to the president-elect’s transition team. From there, Grisham went on to work for former press secretary Sean Spicer and first lady Melania Trump. In January 2019, Grisham was named White House press secretary. Grisham resigned in January 2020, shortly after the Jan. 6 Capitol riot.

She was a loyal foot soldier for the Trump 2016 campaign, among the first of several such devotees to pledge fealty to the Republican candidate. Grisham served eagerly for all four years in the Trump administration, her unflinching devotion rewarded with positions of greater power and authority. But she sees now this was wrong, as she explains in a book that can be yours for a cool $14.99.

Speaking for everyone with a working bullshit detector, ABC News’s George Stephanopoulos pressed Grisham this week to answer why, if the Trump administration was four years of “toxicity, abuses of power, a culture of casual dishonesty,” she waited until early January 2020 to resign.

“What took you so long?” he asked.

“That’s a fair question, and it’s a complicated question,” Grisham responded, explaining she came to Trump in 2015 as a “true believer” and that Melania Trump shielded her from the former president’s worst qualities.

She added, “When I went to the West Wing is when I actually started to see what it was really like, and I regretted that decision immediately.”

“Was it a mistake to work for President Trump?” asked Stephanopoulos.

She said elsewhere in a recent interview with New York Magazine she feels “guilty” about her role in the Trump administration.

“I was so entrenched with them,” Grisham said. “They were a huge part of my life for a really long time, and I gave up a lot to work for both of them, and I really believed in them, and I don’t think you just shut all that off overnight. I’m not a cyborg.”

She adds, “I believe that I was part of something unusually evil, and I hope that it was a one-time lesson for our country and that I can be a part of making sure that at least that evil doesn’t come back now.”

She claims there’s a reason for this. Grisham told CNN this week she “selfishly” never held a press briefing because “I knew I would possibly be put in a position to stand at that podium and not be honest.”

“And lie,” the former Trump aide replied. “And I didn’t want to do that.”

To Berman’s credit, he didn’t allow this whopper to go unchallenged, noting Grisham had no qualms going on Fox News to defend and obfuscate for the administration she now calls “unusually evil.”

“Were you always truthful there?” asked the anchor.

She then referenced an incident in 2019 in which she released a White House statement attacking Trump’s former chief of staff, Gen. John Kelly.

“I worked with John Kelly,” her statement reads, “and he was totally unequipped to handle the genius of our great President.”

Grisham told CNN this week the former president “dictated” the statement “word for word” and that she considers it one of her “biggest regrets.”

Grisham was lying then, but she’s telling the truth now. And for roughly $20, you can read all about it in the hardcover edition of I’ll Take Your Questions Now.

There i$ no rea$on to doubt Gri$ham’$ motive$. After five long year$ of loyally $erving Trump, $he ha$ $imply $een the error of her way$.