The 5th U.S. Circuit Court of Appeals issued an order Wednesday allowing the Trump administration to use military construction funds for the southern border wall, handing the president another major immigration victory.

The order reverses a federal judge’s injunction last month that blocked the administration from using the $3.6 billion in funds to build the wall. President Donald Trump attempted to access the military funds last year by declaring a national emergency on the southern border.

The 5th Circuit noted in its order that in July the Supreme Court ruled that the administration may reprogram $2.5 billion in Pentagon funds earmarked for counter-drug efforts to build the wall. The court also questioned if the plaintiffs — the City of El Paso and the Border Network for Human Rights — have standing to sue the president. (RELATED: Supreme Court Allows Trump To Build 100 Miles Of Wall With Military Funds)

The president celebrated the decision in a Thursday morning tweet, stating, “The Fifth Circuit Court of Appeals just reversed a lower court decision & gave us the go ahead to build one of the largest sections of the desperately needed Southern Border Wall, Four Billion Dollars. Entire Wall is under construction or getting ready to start!”

Stephanie Grisham, the White House press secretary, said in a statement, “The United States Court of Appeals for the Fifth Circuit has lifted an illegitimate nationwide injunction entered by a lower court, and in doing so has allowed vital border wall construction to move forward using military construction funds. This is a victory for the rule of law. We are committed to keeping our borders secure, and we will finish the wall.”

The president claimed his national emergency declaration would allow him to cobble together roughly $6 billion in Pentagon and military funding to put toward his efforts to build 450 miles of border wall. The declaration has faced various court challenges over the past year. 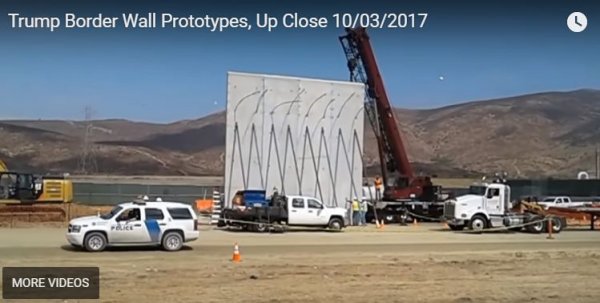