Are You Tired of Being Lied To?

As our cities burn, no one is paying attention to what is happening in Congress. Hearings have started into the phony Russian collusion investigation. Rod Rosenstein is being questioned today. He said McCabe was “less than candid” about there being evidence of collusion. We know now everyone involved has testified under oath that they had NO EVIDENCE of collusion although they told the media for nearly three years, there WAS!

Rosenstein based his decision to hire Mueller on what McCabe told him. He said if he had known McCabe was “less than candid” it would have been grounds of termination. Rosenstein said he would NOT have signed the FISA warrants if he had known what he knows now. My question would be, why didn’t you know? Isn’t it your job to know?

Our President was slandered for nearly three years, our country went through hell, friend turned against friend, family member against family member, over this. This should be the biggest headline since 9/11 but the Liberal media will minimize it, if they report on it at all. McCabe is still a commentator on CNN! He should be in jail.

The Obama administration attempted a coup on an incoming President and the Liberal media yawns. Of course, most of the Democrats on the committee used their time to decry these hearings and say how unnecessary they were. This is old news….nothing to see here. 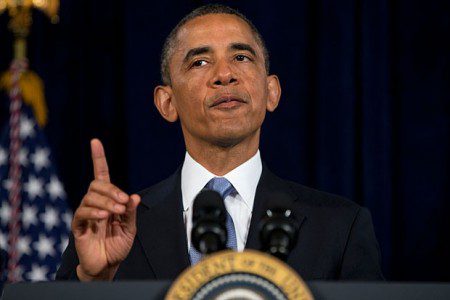 IN FACT, there was PLENTY to see. What I found most amusing (in hearings that are anything BUT amusing) is that some of the most damaging testimony for the Democrats came from Senator Hirono, a passionate Trump hater. She got Rosenstein to agree that there was no evidence of obstruction of Justice and no crime committed by Trump.

Under questioning Rosenstein admitted the conduct of the FBI was “certainly a threat” to our system of justice. He said Strzok and Page should be “held accountable”.

Rosenstein agreed that IG Horowitz found bias and said when he learned of it he transferred Strzok and Page left voluntarily. When questioned about General Flynn, Rosenstein said he was unaware the FBI didn’t believe Flynn lied. He was unaware Flynn was threatened with the FBI going after his son unless he pled guilty. Rosenstein said Barr should investigate.

Senator Blackburn (so glad she is now a Senator) asked why McCabe wasn’t charged criminally like Flynn was. Rosenstein refused to comment.

So, are we tired of being lied to yet? Are we angry that our President has been slandered and abused for his entire term? Are we angry there was an attempted coup against a sitting President? Why would anyone believe anything from the Liberal media ever again?

How about the COVID-19 lies. The isolation lies? The mask wearing lies. The number of death lies? The hydroxychloroquine lies?

What about the hypocrisy of the Democrat Governors who were SO strict about their tyrannical restrictions on our liberty that they were arresting barbers, hairdressers, people sitting on the beach and Mom’s taking their kids to the park, but now have the police stand down while rioters burn down our cities? They aren’t so worried about social distancing anymore, are they?

For those who believe there is “institutional racism” in this country, I have to ask you this, who runs our institutions? Who runs the media, the entertainment industry, our schools, big cities? DEMOCRATS! Who are the majority of government employees? DEMOCRATS! They promise change but the change they have in mind will relieve you of your life, liberty, property, AND humanity.

This is the MOST important election of our lifetime, or America’s future. We have been experiencing what the Left wants for us….to lie to us and control our lives.