Arleta Men arrested for Suspected sale of Meth in County

During the month of August 2019, VCAT detectives received information about Gilberto Jimenez selling methamphetamine to Ventura County residents.  VCAT detectives conducted an extensive investigation and discovered that Jimenez was working with a man identified as Edward Rodriguez who lived at a residence in the 1300 block of Remington Street in the City of Arleta.  On November 22, 2019, VCAT detectives served a search warrant at Jimenez’s residence.  During the service of the search warrant, both Jimenez and Rodriguez were arrested in front of the residence.

As a result of the search warrant, approximately eight pounds of methamphetamine and one half pound of heroin were seized.  Gilberto Jimenez and Edward Rodriguez were arrested for felony charges relating to the possession and sales of methamphetamine and heroin.  In addition, Edward Rodriguez was arrested for being a convicted felon in possession of ammunition and for an active $70,000 domestic violence arrest warrant out of the City of Victorville.  Both men were transported to and booked into Ventura County Jail in lieu of $50,000 bail.

The Ventura County Combined Agency Team, also known as VCAT, is comprised of detectives from the Ventura County Sheriff’s Office, the Oxnard Police Department and the United States Federal Bureau of Investigation.  VCAT’s mission is to work together toward the mutual goal of the investigation, arrest, and prosecution of persons/organizations who are engaged in top-level or mid-level drug trafficking activities impacting the County of Ventura. 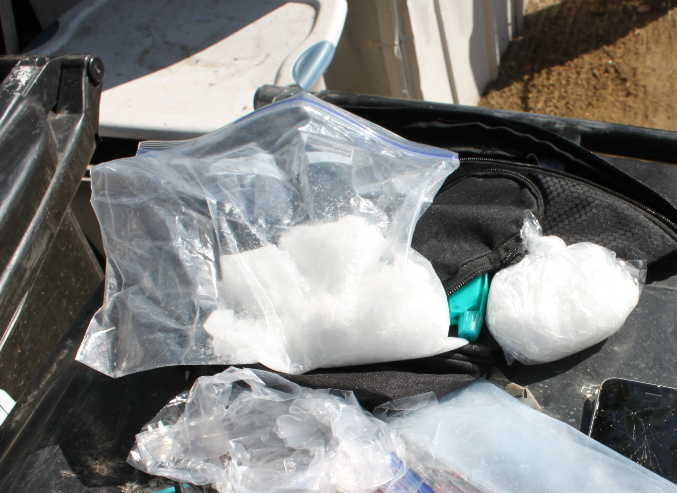