Editor’s Note: In this installment of the series of interviews conducted by  Ventura County resident Kathleen Roos, Ph.D., a daughter recounts the story of her immigrant father, Arnulfo Martinez from Jalisco, Mexico.

Citizens Journal is eminently proud to showcase these valuable works which highlight real immigrant stories.  All too often today, main stream media treats the topic of immigration in a totally political light.  Far beyond the rhetoric of bluster and maneuvering, these stories illustrate the important human story that accompanies each and every immigrant that reaches our county.

Arnulfo Martinez, known as Arnie to most, was born in Mechoacanejo, Jalisco, Mexico on July 3, 1933. Arnie is known to me as dad. Mechoacanejo is a very small town about 2 hours from the city of Guadalajara. Arnie’s parents were farmers and from a very poor family. He had an older brother and younger sister. Dad’s childhood was very happy, surrounded by friends and cousins because in a small town everyone knows each other. At five years old, he worked in the fields and only completed the third grade. Arnie lost his mom when he was 15. His dad was sick and the kids had to take care of everything especially after the loss of their mother. 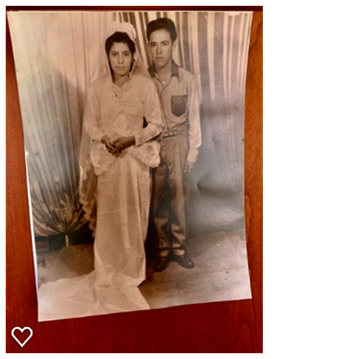 His first job was as a builder and then he took classes to become a tailor. In January 1953 at the age of 19, he married Teresa Ramos who was 16 years old. Teresa was born in Monterey Park, California but moved back to Mechoacanejo as a child. Arnie and Teresa had 3 daughters, Maria (11/9/1953), Luisa (8/4/1955) and Mary Lou (3/7/1958) in Mexico and later on had 3 more children in Los Angeles, CA.
My dad wanted a better life for his family, so they moved to Tijuana where they waited to get my dad a green card to enter the US. During this time, Teresa, who was a United States citizen, worked as a seamstress in Los Angeles while Dad stayed home (Tijuana) caring for the 3 girls. I remember my mom would bring home Campbell’s soup when she could get a weekend off of work in Los Angeles and would visit us (would take a bus) in Tijuana.

I was born in Mexico in 1953 and I remember my dad receiving his Green Card in We moved to Los Angeles where my mom continued to be a seamstress and dad struggled to find work. The people who treated Arnie the worst were surprisingly other Mexicans. He would do menial jobs, tearing down houses and
similar work.
Arnie worked several odd jobs and then learned how to lay brick which he was able to make better money. He found a job with Mr. Bill Barnes of Blue Champagne Pools. He worked there for 12 years. He continued to develop his trade, saving money
1960.

when he could, and when the company’s owner retired, Arnie was left with no work so he decided to go out on his own. Arnie went out and got a contractor’s license in 1981 and, started his own Company: Arnie’s Masonry, Co.
My dad was a very industrious man. Family meant everything to him. He worked long hours and saved enough money to take the family on road trips and vacations. It all went bad when my mom developed cancer. She was diagnosed with stage 4 cancer and died Easter Sunday 1989. Dad started developing Parkinson’s disease in 1985 and declined quickly around the time of Mom’s death. We don’t know what caused it. Arnie’s Masonry failed when there was no one able to take on the responsibility of running the business. He re-married Rufina Escobedo from Mechoacanejo in January 1991 and he also filed an application to become a U.S. Citizen. 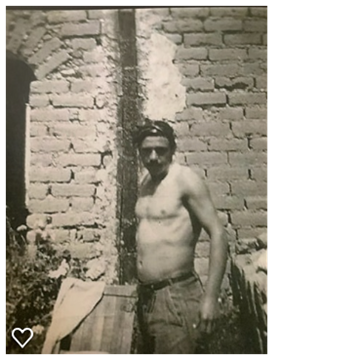 I was at my Dad’s U. S. Citizenship Ceremony. He was so proud and emotional. I was also emotional because the ceremony was beautiful. He was so proud to be a U.S. Citizen. I don’t think many Americans realize the number of hours it takes to study for the test and pass it. They don’t know how beautiful the ceremony is conducted. Being from Mexico with an American mom, myself and two sisters were naturalized in about 1965. On 8/23/61 another sister Norma was as born; on 10/9/64 my brother Arnie was born and last on 8/17/71 my brother Daniel was born. I remember how proud my dad was of all his family and proud that his dream of giving us a better life materialized! He made the right decision to work hard come to the United States to give us a better Life! I’m so proud to be his daughter! He passed away February 7, 2013!