On October 4, 2021 the Department of Justice Office of Public Affairs issued a press release at the direction of Attorney General Merrick B Garland, which announced to the American population there will be surveillance, investigations, and arrests of the parents of children who exercise their First Amendment Rights. A link in the press release reveals a memorandum issued the same day from AG Garland that does not highlight a single example of terrorism at school board meetings. No reference to school buildings burning. No case record references that point toward a wave of violence against school board members, teachers, facilities that has overwhelmed local law enforcement agencies to the breaking point.

The only evidence of terror and mayhem can be found in a letter the National School Board Association sent to President Joe Biden on September 29, 2021 that requests our President invoke the Patriot Act. An article about the request can be read here. In five days, two of which were a weekend, President Biden received the letter from the NSBA, forwarded it to the Justice Department, and AG Garland accessed the situation. Maybe he reviewed files of horrific mayhem parents were causing across our Nation, with perhaps calls and zoom meetings with law enforcement personnel in hospital beds recovering from the wounds they received at the hands of vicious helicopter moms.  I could not say, as Citizens Journal could only find many really upset parents trying to figure out why school boards are approving curriculum THEY don’t want. School Boards that are running a program outside local review and oversight. Elite educators seeking insight from somewhere far away from their public meeting rooms. 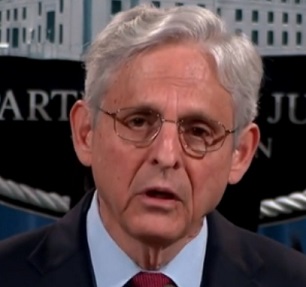 Then information dropped across all social media platforms there is this company Panorama Education, and AG Merrick B Garland’s daughter is married to the co-founder Xan Tanner. Judge Merrick Garland presided at his daughter’s wedding in 2018. Time compresses now as we have all been locked in our homes for the better part of two years, so there is no chance AG Garland can claim he does not know what his son-in-law does for a living. In addition, AG Merrick Garland was required to disclose his daughter’s relationship with Panorama Education when he took the post at the Justice Department. To add insult to injury, Facebook owner Mark Zuckerberg funded Panorama Education at the outset. The man the Senate is accusing of destroying children with his social media platform is now right in the middle of turning the children he isn’t harming into USA loathing adults.

AG Merrick is the “return to civility” at the DOJ. A learned Supreme Court nominee to refocus the course of the FBI. Point of fact, he is a man with a daughter who is married to a guy that doesn’t have much hope of a future unless his father-in-law shuts down the First Amendment in short order.

Supreme Court nominee AG Merrick B. Garland appears to have committed a Federal ethics violation concerning his action memorandum  to create a Task Force to investigate crimes at school board meetings and districts. The Code of Federal Regulations is 5 C.F.R. § 2635.702 –Subpart G – Misuse of Position; Use of Public Office for Private Gain. Section(d) Performance of Official Duties affecting a Private Interest. AG Garland could only act as an initiator of government action (his memorandum) as long as he complied with C.F.R. 2635.502 Personal and Business Relationships, which requires he seek the counsel of, and get the approval of an agency designee. This designee would review all issues related to the action to be taken by AG Garland and determine if his relationship with his daughter and son-in-law could be viewed by a reasonable person to create a conflict of interest, and of poor appearance in the eyes of the public. 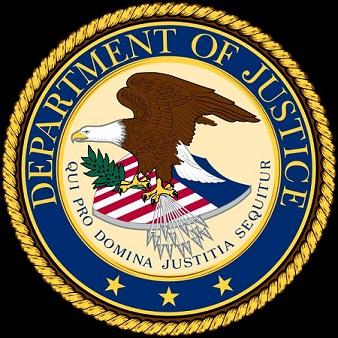 What should Americans do about this activity? Call your elected officials at the Federal level and demand AG Garland be fired and investigated. In addition, Americans need to contact their local law enforcement agencies and demand to know if they plan to cooperate with this Task Force, whomever ends up leading it. They will be received funding, and lots of it to perform the groundwork for the DOJ. Put the fear of your vote in them, and support their removal if they join forces with unconstitutional investigations.