Question: Are bananas capable of transmitting diseases to humans?

Concern: We are more than 60% identically, genetically related to Bananas.

When I was unable to find a job as a secretary I took jobs as waitress. In each restaurant I worked I developed a following because of my beautifully unique banana splits and other sundaes.

Therefore, I cut up a whole lot of bananas. I know what the inside of a banana should look like.

I’m retired now. About a year ago, while slicing a banana I discovered that it was starting to spoil on the inside. This was evident because the “core” of the banana was turning a very dark yellow and looked mushy. If I split the core, there were a lot of black seeds sprinkled throughout. Within a few days the rest of the bunch of bananas were turning even darker inside.

I called Dole Customer Service and was told the shipper was probably not keeping the container cold enough. I insisted they log my call as a formal complaint. Next, I tried Chiquita Bananas. Same ugly problem. I called their Customer Service and was told the same thing and filed a formal complaint. Since the problem persisted I complained to all the local markets. I complained to each one several times.

I decided to look up bananas. This is what I found:

Due to several fungal diseases the banana crop is being reduced by 40% per year. Some sites predict the banana will be wiped out within 5-10 years!

Another widespread fungi, the Panama disease has spread across South Asia, Africa, the Middle Ease and Australia. Since it remains in the soil for years it’s impossible to plant new crops. So why can’t they a soil incinerator machine that is commonly used by developers before construction of a major project when the soil show high levels of contamination? It will go as deep as the operator wants it to go. Then take composted material mix it in with the incinerated soil and you have clean soil for new crops. Some farmers have used this incinerator technology to decontaminate fields that were polluted.

Now we are more than 60 percent identically, genetically related to bananas, 60% genetically to chickens and fruit flies. Chickens can make us ill.

So, back to my question: Can bananas transmit their diseases to us? I have found no answer.

How do we save the Bananas? I found no answer.

“…The pathogen cannot be fully controlled with soil fungicides or fumigants….”

The good news according to Snopes is that “There are several hundred different varieties of the fruit, and the reported fear applies to only one of them, the Cavendish….” 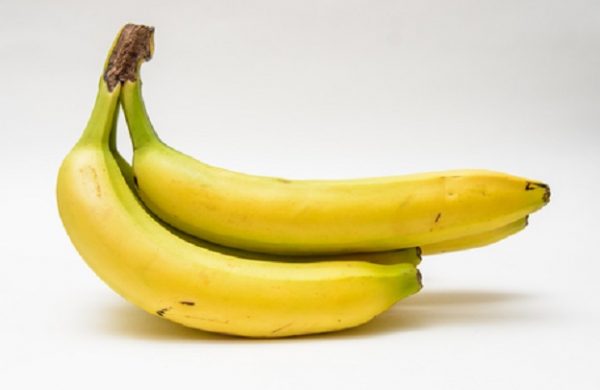 Naomi Fisher is a resident of Ventura County