Two subjects were contacted by Fillmore detectives during an investigation. Detectives located several bicycles that were believed to be stolen and are requesting the public’s assistance to solve the crimes.

On January 20th, at approximately 8:00 a.m., detectives contacted Albert Morales at his Fillmore residence and arrested him for a felony want. Morales was contacted with Phillip Davison. Both men were found in possession of several bicycles that were believed to be stolen. Detectives linked one of the bicycles to a Fillmore resident that reported his bicycle as stolen in October 2020, and determined Davison was responsible for the crime.

Morales was booked into the Ventura County Main Jail in Ventura for violations unrelated to the bicycle theft and held on $50,000 bail. Davison was cited and released for HS 11550(a) – Under the Influence of a Controlled Substance and PC 484(a) – Petty Theft. 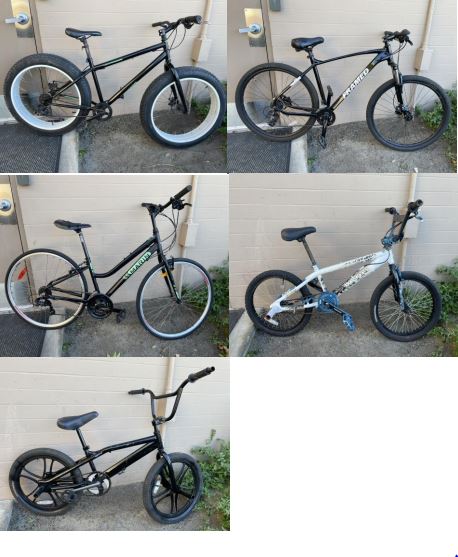 If you believe one of these bicycles is yours, or if you have any information about the theft of these bicycles, please contact the Detective Cesar Salas at (805) 524-2234. The Sheriff’s Office is also asking residents to be aware of the rise in recent bicycle thefts and to keep all unattended bicycles locked or in a secure location to prevent thefts