In Thursday’s presidential debate, Democratic nominee Joe Biden said, “global warming is an existential threat to humanity. We have a moral obligation to do with it and we’re told by all the leading scientists of the world we don’t have much time. We’re going to pass the point of no return with the next eight to ten years.”

Sadly, the former vice-president said nothing about the real climate change moral crisis unfolding across the world, one that is occurring right now. Because of unjustified confidence that we can forecast future climate states and even stop them from changing, almost all climate finance is dedicated to mitigation, trying to reverse possible future climate change. Relatively little is spent on the real-world needs of people affected by climate change and extreme weather events in the present.

Humans have always suffered due to climate variability and extreme weather. Consequently, preparing their societies for these inevitable events is one of the most important functions of governments. Societies that did not take sensible preparatory measures are no longer with us—witness the Greenland Viking colonies which were established during the Medieval Warm Period (1100 – 1300 AD) but died out at the start of the Little Ice Age which followed when they failed to adapt to the extreme cold. Even today, indigenous populations in the Arctic and the Sahel region of Africa experience severe hardship due in part to natural climate change. 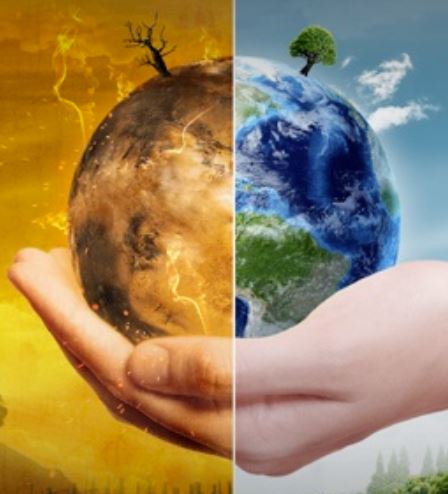 Yet, we are spending almost twenty-times more trying to stop phenomena that might someday happen than we are on helping real people today. The San Francisco-based Climate Policy Initiative demonstrated in their November 2019 report that, of the average annual global climate finance expenditures of over one-half trillion dollars over the two-year period of 2017/2018, only five percent of it went solely to adaptation. Almost all the rest went to trying to stop climate change that might someday happen.

This is immoral, effectively valuing the lives of people yet to be born who may someday be affected by climate change more than those in need today. It is also in direct contradiction to the approach agreed to in Copenhagen where participants at the 2009 United Nations climate conference committed to a 50-50 funding split between adaptation and mitigation.

A good example of sensible adaptation is burying cables underground. The New York Times published a letter to the editor from a Manhattan-based lawyer who explained that, even in the middle of Hurricane Sandy, he had uninterrupted Internet, telephone and electric power because all of his cables were buried underground.

Another example for the U.S. Gulf States to follow comes from India. Unlike in America where people engage in ‘horizonal evacuation,’ trying to drive away from hurricanes before being stuck in huge traffic jams, Indians all along the Bay of Bengal coast (where most of their tropical cyclones hit) need only walk a half-kilometer or less to engage in ‘vertical evacuation.’ Built at one-kilometer intervals all along the coast are multi-story storm shelters designed to house hundreds of people for days at a time above the waves.

Other sensible adaptation measures would include reinforcing buildings and strengthening public infrastructure by building levees and upgrading our irrigation systems where needed, not to mention relocating populations living on flood plains or at risk from tornadoes and hurricanes.

But the sort of boots-on-the-ground approach needed for many adaptation projects is not particularly glamorous for politicians and activists intent on ‘saving the planet.’ Adaptation projects are also generally less profitable for multinational corporations and do not prop up multi-million-dollar computerized climate research efforts. In addition, they do nothing to further government or U.N. control of the economy, a goal of many players in the climate debate.

Adaptation takes leadership and hard, grinding work to make happen. There is nothing sexy about it. But it is something successful societies have always had to do. Mr. Biden should have said exactly that.

Do people understand the disaster that would befall America if Biden ever tried to carry out his climate and energy plan? Please see this 7 min interview with energy expert, Dr. Jay Lehr: https://www.youtube.com/watch?v=eWJrCZKGESs&feature=youtu.be