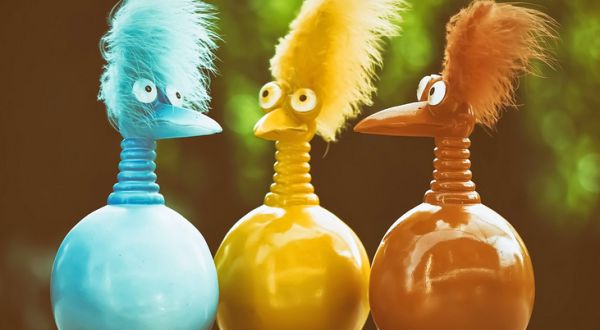 Fox News commentator Tucker Carlson says he recently has reported, and commented,  on some of the craziest things he’s ever seen – all courtesy of the Biden administration.

There’s, for example, the firing of hundreds of nurses during a pandemic. And the firing of thousands of police officers during a crime wave. And don’t forget Rachel Levine.

He noted that officials from the satire site, the Babylon Bee, have pointed out it’s hard to do satire when the reality of the Biden administration is so “ludicrous.”

But now there’s a new standard for crazy.

It will “live forever as a high-water mark of political lunacy.”

The “single most deranged news story ever printed in the country.”

It’s Biden’s demand that American taxpayers, including those working those $10 and $15 an hour jobs and who struggle to pay rent, groceries and fuel, give illegal aliens who broke U.S. law to enter the country upward of $1 billion.

The Democrat wants to give around $450,000 per person, and close to $1 million per family, to thousands of people who were “separated at the U.S.-Mexico border under the Trump administration’s ‘zero tolerance’ policy in 2018.”

The report said, “The Departments of Justice, Homeland Security, and Health and Human Services are considering the payments in order to settle lawsuits filed by the American Civil Liberties Union and others on behalf of families who crossed into the U.S. from Mexico illegally to seek asylum.”

Reports reveal that the ACLU has claimed there were about 5,500 children affected by the policy, “which advocates say caused physical and mental trauma…,” according to the Post.

“It’s unthinkable to pay a burglar who broke into your home for the ‘psychological trauma’ they endured during the crime,” was the social media opinion from Sen. Tom Cotton, R-Ark.

“Yet the Biden admin wants to reward migrants who illegally entered our country with up to $450,000 each for just that reason. Insanity.”

Rep. Dan Crenshaw, R-Texas, raised some facts for Americans to consider: “Biden wants to pay illegal immigrants $450,000 for their hardship while breaking our laws. For perspective, if a service member is killed in action, their next of kin gets an insurance payment of $400,000. Let that sink in.”

The Post explained other reactions included “unacceptable” and a “slap in the face.”

Rep. Steve Womack, R-Ark., said it was the “ULTIMATE insult to law-abiding citizens.”

“Pure madness,” was the opinion from Rep. Tim Walberg, R-Mich.

But the situation highlights how the only remaining campaign position that is left to the Democrats, now that Joe Biden has created a crisis on the southern border, embroiled America in a disaster in Afghanistan, has failed on the economy and inflation, has left America’s foreign policy in tatters and can’t even get his own party aligned on a budget, is “but Trump.”

And that argument even fails in the border situation. Democrats repeatedly have unleashed the claim that it was President Trump to created the practice of putting kids in “cages” on the border.

But when Michelle Obama made that claim during a political speech in 2020, even the left-leaning fact-checkers at the Associated Press felt obligated to correct her.

“They watch in horror as children are torn from their families and thrown into cages,” the former first lady declared at the time, blaming President Trump for the policy of temporarily separating children from parents who face charges of entering the country illegally by placing them in indoor facilities where they are protected by chainlink fences.

But the AP reminded readers that it was under her husband’s administration that the “cages” were built.

“Michelle Obama assailed President Donald Trump on Monday for ripping migrant children from their parents and throwing them into cages, picking up on a frequent and distorted point made widely by Democrats,” the fact-checker said.

“She’s right that Trump’s now-suspended policy at the U.S.-Mexico border separated thousands of children from their families in ways that had not been done before. But what she did not say is that the very same ‘cages’ were built and used in her husband’s administration, for the same purpose of holding migrant kids temporarily.”

The AP pointed out the “cages” were “chain-link enclosures inside border facilities where migrants were temporarily housed, separated by sex and age.”

“At the height of the controversy over Trump’s zero-tolerance policy at the border, photos that circulated online of children in the enclosures generated great anger,” the AP said. “But those photos – by the Associated Press – were taken in 2014 and depicted some of the thousands of unaccompanied children held by President Barack Obama.”

The fact-checker noted that “prominent Democrats” to this day “have continued to cite cages for children as a distinctive cruelty of Trump.”

House Democrats are promoting their “civil rights” hearing on “kids in cages” and “inhumane treatment” with a photo from 2014, when Joe Biden was Vice President. So dishonest! pic.twitter.com/Exuj1eudrr

At the time, in an effort to promote a hearing on Trump’s policies of “putting migrant kids in cages,” House Democrats tweeted a photo of children at a detention center behind a chainlink fence.

The problem was that the photograph, intended to scold Trump for “inhumane treatment at the border,” was from the Obama era.

Staffers with the House Reform and Oversight Committee, apparently discovering too late what many Americans already knew, deleted the tweet with the 2014 photo.

Trump’s campaign team noted Biden was vice president at the time of the photo.

“House Democrats are promoting their ‘civil rights’ hearing on ‘kids in cages’ and ‘inhumane treatment’ with a photo from 2014, when Joe Biden was Vice President,” the Trump campaign account wrote on Twitter. “So dishonest!”

Biden also falsely claimed during a Democratic primary debate that the Obama administration “didn’t lock people up in cages.”

“What Latinos should look at is comparing this president to the president we have is outrageous,” Biden said. “We didn’t lock people in cages. We didn’t separate families. We didn’t do all of those things.”

The AP, however, said yes, that did happen.

And the AP confirmed the Obama administration also separated families in some instances.

A report at the Federalist just months ago pointed out that Obama praised Biden for “essentially finishing the job” he launched during his eight years in office.

The report said, “Obama admitted the Biden administration is an extension of his own presidency, saying ’90 percent of the folks’ in his administration are now working for Biden.”

They are continuing and building on the policies we talked about, whether it’s the Affordable Care Act, or our climate change agenda, and the Paris [climate accord],” Obama said.