President-elect Joe Biden on Thursday said Black Lives Matter activists would “have been treated very, very differently” if they had stormed the Capitol instead of President Donald Trump supporters.

“No one can tell me that if it had been a group of Black Lives Matter protesting yesterday, there wouldn’t — they wouldn’t have been treated very, very differently than the mob of thugs that stormed the Capitol,” Biden said during a speech in Wilmington, Delaware.

“We all know that’s true and it is unacceptable, totally unacceptable. The American people saw it in plain view, and I hope it [unintelligible] what we have to do.” 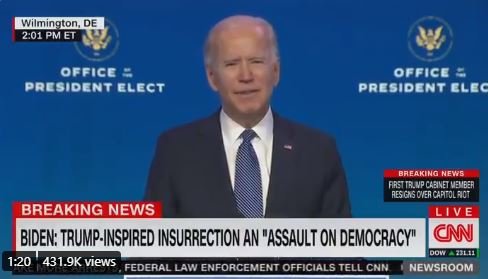 Biden, whose election victory was officially certified by Congress early Thursday morning, condemned the mob of Trump supporters who swarmed law enforcement and eventually broke into the Capitol building Wednesday, delaying the proceedings. At least four people died during the siege, 70 were arrested and 14 cops were wounded, according to Fox News. 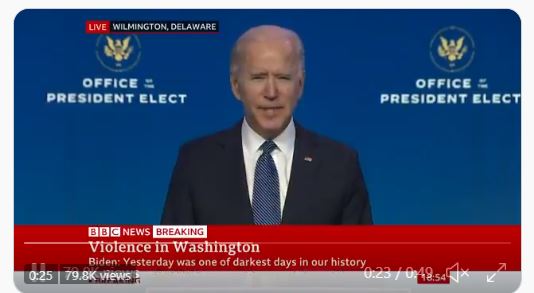 Can the old clown say something without pandering? Come on man, quit pandering.