Biden Stole the Election – Here’s How to Win it Back

Mr. President, there’s only one way to win this now. You need proof. Hard evidence. And witnesses who participated in the robbery. 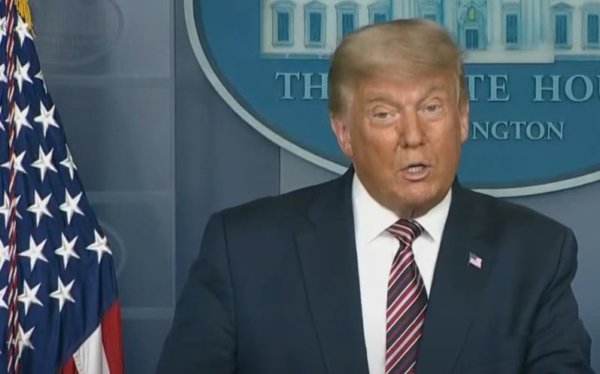 You need to create a new reality show, “Who Wants to Be an Instant Democrat Millionaire…and Get Full Immunity?”

I’ll explain the details of that offer in a moment. But first…

Back three weeks ago, I made an interesting prediction on my national radio show, and also made it in writing on my social media pages. I predicted President Trump would win a huge electoral victory on Election Night; Democrats would try to steal it away from him; we’d spend many weeks or months in court; eventually wind up at the Supreme Court; suffer mass unrest and riots during one of the most tough, divisive periods in America’s history; and then finally Trump would win the Presidency with a Supreme Court ruling, led by our newest hero and champion of conservatism, Amy Coney Barrett.

Let’s look at the first part of my prediction. Trump did win an Election Night electoral landslide. Before Democrats stole it away with massive fraud in key states, in the middle of the night, with no GOP witnesses allowed in the room. Trump won Florida, Ohio, Texas, Georgia, North Carolina and the entire Midwest- Pennsylvania, Michigan, Wisconsin and Iowa. What more do you want from the guy? Isn’t that an electoral landslide? How can any Republican lose with that hand?

Plus, Trump received about 70 million votes. That’s the most in history. Trump added a remarkable 6 million new votes since his victory in 2016. What more can a man do?

But he was never going to win. Not with 80 million votes, not with 90 million, not with 100 million. You name the number. It was never going to matter. Not with Democrat voter fraud, ballot harvesting, mail-in ballots and deadlines allowed well past Election Day. Trump and the GOP never had a chance. Not if you play it straight and the other guys are crooked.

Remember the movie “Casino?” The mafia was alone in the “count rooms” of casinos. It’s no shocker the IRS got paid very little. The mafia was the only ones allowed in the room. Everyone else got screwed.

This is the political version of casino count rooms. Except these are “vote count rooms.” And the Democrat Crime Family is the only one allowed in the room. And they can make up any number of votes they want, with no one watching.

Just like the mafia, they do all their best work in the dark, in the middle of the night, when honest people are sleeping. They steal entire states. Now they’ve stolen an entire country.

The only way to get that is to bring witnesses to testify, who participated in the scam and know explicit details.

President Trump must offer $1 million each to the first 100 Democrat participants in the stealing of the election who come forward. We’ll create 100 instant Democrat millionaires for hard evidence, photos, videos and testimony that leads to a Supreme Court decision overturning this election.

Along with $1 million to each of 100 witnesses, they each also receive full DOJ immunity. But if you don’t come forward first, everyone else who participated is going to prison for life. Because the stealing of a presidency is treason.

Get Sheldon Adelson on speed dial.

Mr. President, do it now. This minute. Offer a reward so big it gets the media’s attention and everyone’s imagination. $100 million is good. Perhaps a quarter billion is even better. The rats always desert sinking ships. The Demo-rats will come out of the woodwork to become instant millionaires. Plus, full DOJ immunity, to testify where the bodies are buried.

Get busy Mr. President. The clock is ticking. Time is short. You can’t win at the Supremes unless you have hard evidence and testimony from the participants in the scam to steal the presidency.

Make the announcement. Scream it from the highest mountain. “Who Wants to Be an Instant Democrat Millionaire? And Get Full Immunity.” Or go to prison for life.

That’s an offer no one can refuse.

you are crazy if you think trump will pay to get the stuff he wants everyone has a background so you tell the demoncrates you will be dragged to hell the easy way or the hard way tick tock demoncrates scum!

Biden won? Come on man! Who would vote for a guy that rarely left his basement? This election was filled with fraud. The USA is now officially a Third World Country. Well done Dems! Democrat voters akin to mushrooms, kept in the dark and feed horse droppings!

So sad that there are actually guys like this author walking around when they should be locked up in an insane asylum. Not even 1 incident of voter fraud in all 50 states, yet trumpers still bleating like the diseased sheep they are.

So you’ve apparently been ignoring all the reports of vote tampering and counting shennanigans that have been coming in. The demosocialists will stop at nothing to inflict their destruction of the country on us.

You say “not even 1 incident of voter fraud in all 50 states”? Have you been stoned for the last month or have your keepers just kept you locked up in your cage?

“Not even 1 instance of voter fraud in all 50 states”

Here is a small sample of 8,200+ voter fraud crimes in the 2020 election that have already been charged.

That might motivate them to testify but what is the credibility of a witness being paid $1 million to testify? Better to pay them to just bring the hard evidence,

If it can be corroborated, it doesn’t matter what compensation he received.