FRESNO — California’s Republicans are refusing to surrender in 2020 despite the drubbing the state GOP received at the ballot box in 2018.

At its July 19 conference in Fresno, the Tea Party California Caucus will hear from David Carney, a revered campaign strategist and winner of numerous state and national campaigns.

“Big, big gun,” conference organizer Steve Frank said. “Somebody with the abilities of David Carney has been bought in to advise the state senate and assembly on their campaigns.”

Carney’s political trophies includes the victorious campaigns of Texas governors Rick Perry and Greg Abbot as well as Texas Senator Kay Bailey Hutchison. He has advised presidential campaigns as well as former US House Speaker Newt Gingrich. He has been hired to advise California’s Republicans for 2020.

According to Ballotpedia, Carney was named as one of the Top 500 Influencers in American Politics by Campaigns & Elections Magazine.

Frank stressed this is conference focuses on training and that conservatives, from San Diego to Humboldt, are coming. 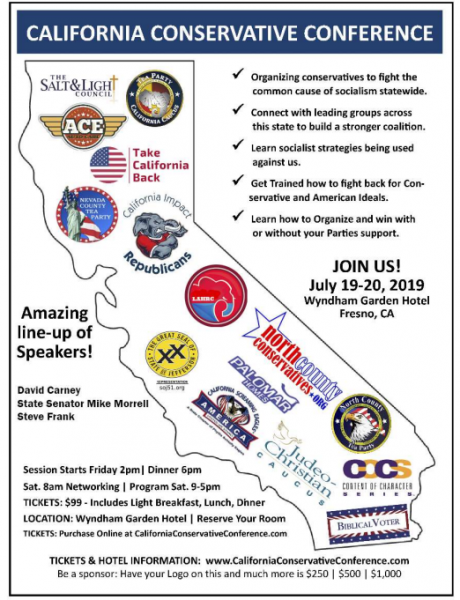