The battle over neonicotinoid pesticides rages on. In response to one of many collusive sue-and-settle lawsuits between environmentalist groups and Obama environmental officials, in 2014 the Department of the Interior’s Fish & Wildlife Service banned neonic use in wildlife refuges.

Following a careful review of extensive scientific studies, the Trump Interior Department concluded that neonics are safe for humans, bees, other wildlife and the environment. In August 2018 it reversed the ban.

Last month, Rep. Nydia M. Velázquez (D-NY) introduced HB2854, to reinstate the ban via legislation. She and 21 cosponsors (all Democrats) say neonics threaten biodiversity, bees and other wildlife in the nation’s refuges. Anti-pesticide groups have rallied behind the bill.

Their efforts are misguided and based on bad, outdated or even dishonest information.

Neonicotinoids are the world’s most widely used insecticide class. As I have noted in previous articles (here, here and here, for example), these systemic, advanced-technology insecticides are sprayed on many fruits and vegetables. But some 90% of them are used as seed coatings for corn, wheat, canola, soybeans, cotton and similar crops. Either way, they are absorbed into plant tissues as crops grow. 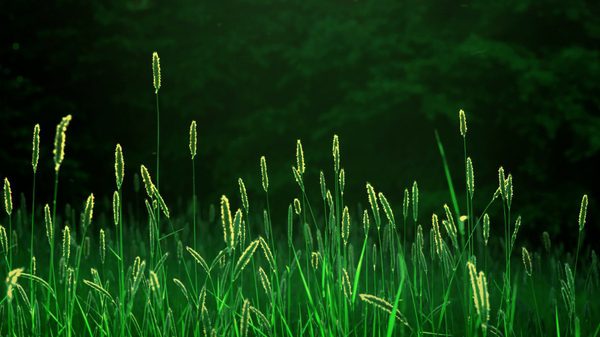 Neonics protect plants against insect damage by effectively targeting only pests that actually feed on the crops, particularly during early growth stages. Since they don’t wash off, they reduce the need for multiple sprays with insecticides that truly can harm bees, birds, other animals and non-pest insects.

Moreover, because neonics from coated seeds have largely dissipated from plant tissues by the time mature plants flower, they are barely detectable in pollen and nectar. That explains why extensive studies have found that neonic residues are well below levels that actually can adversely affect bee development or reproduction under real-world (non-laboratory) conditions.

It also helps explain why annual surveys and studies continue to show steady beehive and honeybee population increases since the infamous “colony collapse disorder” and “bee-pocalypse crisis” of a few years ago.

While over-winter and summer losses are still troublesome in places, they now occur overwhelmingly in hobbyist hives. Professional beekeepers, who handle the vast majority of US bees and hives, have learned how to control what was really, or primarily, behind the worrisome honeybee losses: Varroa destructor mites that arrived in the USA in 1987.

Bee larvae hatch with Varroa mites already attached to them, and these tiny parasites suck the hemolymph blood-equivalent out of bees, attack bee fat body organs, compromise their immune systems, and provide pathways for other viruses, diseases and fungal pathogens into bees and colonies.

As disease control efforts improved, hive counts and honeybee populations climbed. They are now at or near 20-year highs in North America and every other continent.

As to claims that neonics should be banned from wildlife refuges, a 2015 international study of wild bees published in Entomology Today found that most wild bees never even come into contact with crops or the neonics that supposedly threaten them.

The same study also determined that only 2% of wild bees are much involved in crop pollination, and thus become exposed to these pesticides. Yet they are among the healthiest bee species.

Many US Wildlife Refuges were established along migratory bird flyways to provide food for waterfowl. But some can provide sufficient food only through cooperative agreements that let local farmers plant corn, wheat and certain other crops on refuge lands in exchange for leaving some of their crops unharvested, to supplement natural animal food on the refuge.

Some of those farmers do use neonic-coated seeds, preferring that to more traditional insecticides which must be sprayed several times during the growing season, potentially harming bees and other non-target insects or even birds and other wildlife.

Other organic farm chemicals are very toxic to humans. Boron fertilizer and copper sulfate fungicide can affect human brains, livers and hearts. Pyrethrins are powerful neurotoxins that can cause leukemia.

Lime sulfur mildew and insect killer causes irreversible eye damage, and can be fatal if inhaled, swallowed or absorbed through the skin. Rotenone is a highly toxic and can enhance the onset of Parkinson’s disease. Nicotine sulfate is an organic neurotoxin that interferes with nerve-muscle transmissions, causes abnormalities in lab animal offspring, and can lead to increased blood pressure levels, irregular heart-rates and even death in organic gardeners.

They may be “natural” or “organic,” but they’re still powerful and potentially harmful. And in sharp contrast to neonics and other synthetic pesticides, most Big Organic chemicals have not been tested for residue levels or toxicity, Zaruk notes.

Members of Congress should applaud neonic use – instead of condemning it or trying to ban it from refuges – or from all modern agriculture, as some seek to do.

They should focus greater attention on Varroa mites (and Nosema ceranae parasites), and on programs and technologies that really do pose a threat to endangered whooping cranes, other threatened birds, and bats: the proliferation of wind turbines along migratory flyways and close to many wildlife refuges.

They should investigate (and defund) the latest fad among allied radical environmentalist groups – and even some government agencies, like the UN Food and Agriculture Organization. Agro-ecology has become a hardcore political movement that rejects and seeks to ban biotech (GMO) and patented hybrid seeds, synthetic fertilizers, neonics and other pesticides, and even tractors and other mechanized equipment.

Before they introduce legislation, legislators should read reputable scientific studies, rely less on pressure group press releases, and avoid associating with organizations that stridently oppose all manner of modern technologies in the name of protecting bees and other wildlife, indigenous people and human rights.

Paul Driessen is senior policy advisor for the Committee For A Constructive Tomorrow (www.CFACT.org) and author of many articles on the environment. He has degrees in geology, ecology and environmental law.