Black Firefighter Spent His Life Savings To Open A Bar. Then Minneapolis Looters Burned It Down

A black firefighter who invested his life savings into opening up a sports bar in Minneapolis was reduced to tears after looters destroyed his life’s work.

Korboi Balla originally planned to open his bar in March, but those plans had to be put on hold due to the coronavirus crisis. Balla had been gearing up to finally open his bar after Minnesota gave the go-ahead for restaurants to begin reopening on June 1.

But by Friday morning, Balla’s bar was little more than a pile of bricks after protests of the death of George Floyd, an unarmed black man who died in Minneapolis police custody on Monday, led to widespread rioting and looting in the city.

“I don’t know what we’re going to do,” Korboi Balla told CBS News on Thursday morning while holding back tears. “It hurts, man. It’s not fair, it’s not right. We’ve been working so hard for this place. It’s not just for me, it’s for my family.”

While CBS reporters were interviewing Balla on Thursday morning, looters broke back into his bar to try to break into his safe.

“As we were standing in front of the restaurant, people were in the back trying to steal the safe!” Balla’s wife, Twyana Balla, wrote in a Facebook post on Thursday. “This just happened an hour ago in broad daylight!”

Twyana Balla added in the post that she and her husband do not have insurance for their business.

“I’m hearing people say F*** the business they have insurance WELL WE DON’T AND THIS IS ALL OUT OF POCKET,” Twyana Balla wrote. “Let someone come run in your home and loot for the cause then let’s see you be ok with it!”

“Justice for George Floyd but not this kind of justice,” she wrote. 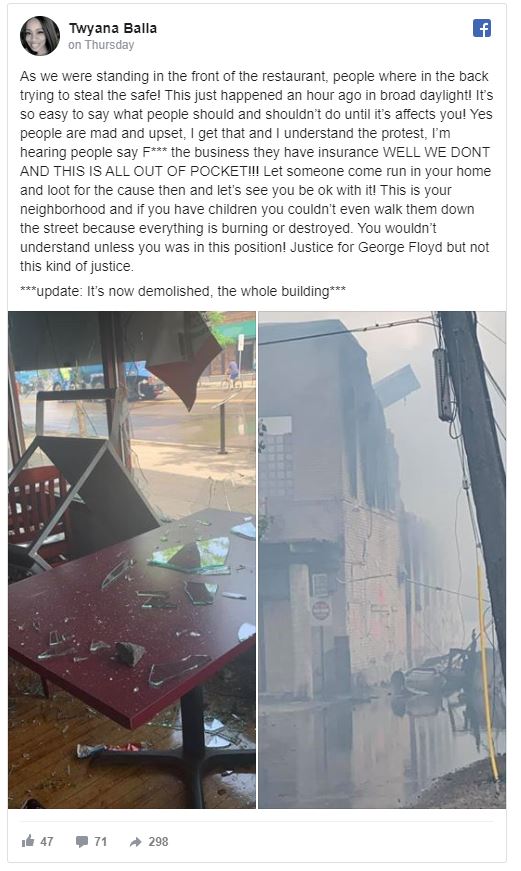 Her husband’s restaurant had been reduced to a pile of bricks by Friday morning, Twyana Balla said in a video posted to Facebook.

“There must have been an explosion because the whole front part of the building is gone,” she said. 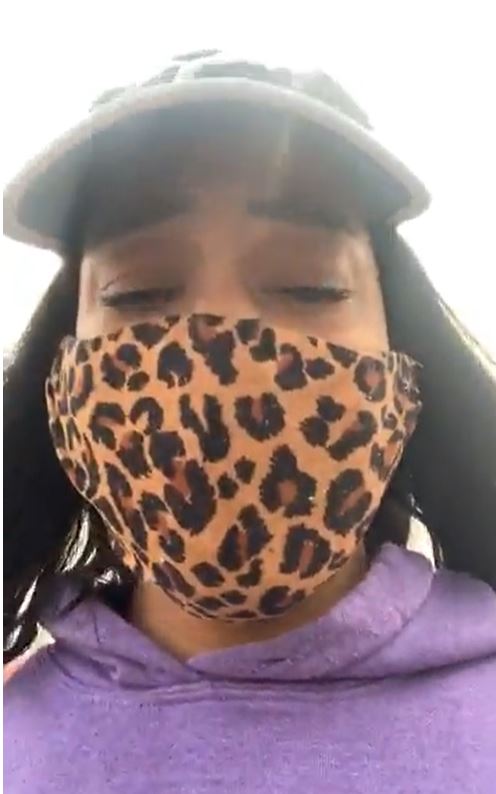 Balla launched a GoFundMe campaign on Thursday to raise funds to rebuild his bar. The crowdfunding campaign has brought in over $160,000 for the small business owner in less than 24 hours.

More than 170 businesses in the Minneapolis-St. Paul area have been damaged or looted since Floyd’s death on Monday, police told the Twin Cities Pioneer Press.