CAMARILLO, Calif.– The Navy’s Blue Angels flew into the Camarillo airport Wednesday afternoon making a big announcement. The US Navy’s flight demonstration squadron announced they will be headlining the Point Mugu Air Show at the Naval Base Ventura County October 3rd and 4th.

It has been five years since the Blue Angels have performed in Ventura County. The last time the base hosted the show was back in 2015. The air show will feature military acts including an F-16 Fighting Falcon Flight Demonstration, and the US Army’s Golden Knights Parachute Team. 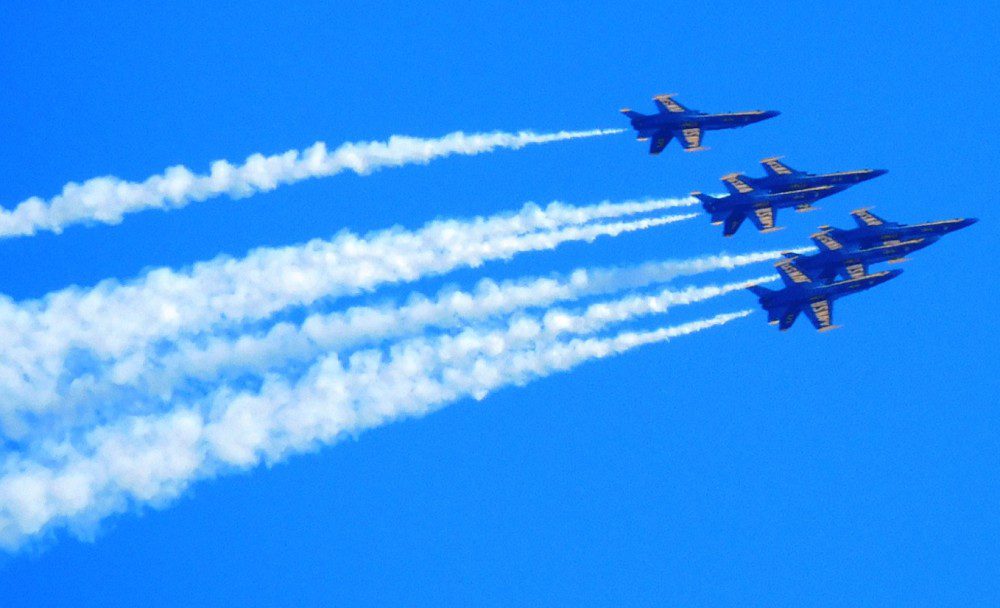 Two members from the Blue Angels flew in to the Camarillo Airport to checkout the area and prepare for the upcoming show.

“It is extremely humbling to represent the 800 sailors and marines deployed across the globe,” said Lt. Julius Bratton, who is Blue Angel No. 7. “We are going to showcase the precision, and the team work that is required in all of the Marine Corps units through the flight demonstration.”

The air show is scheduled to take place October 3rd and 4th. Admission and parking will be free. Organizers plan to release information soon on how to reserve a seat since they are expecting 150,000 to 200,000 people to attend the air show during the two-day event.