On October 12th at 1:48 AM, Ventura City Fire Department responded to a report of a boat on fire in the Ventura West Marina.  Upon arrival, firefighters discovered a 40’motor yacht fully involved in fire.  Firefighters and Ventura Harbor patrol began a coordinated fire attack from the dock and a fire boat while additional firefighters moved nearby boats away from the blaze.  The fire was extinguished 20 minutes after fire department arrival. No occupants were on board the vessel at the time of the fire.  No other boats were damaged as a result of the fire.

The cause of the fire remains under investigation.  No firefighters were injured as a result of this incident. 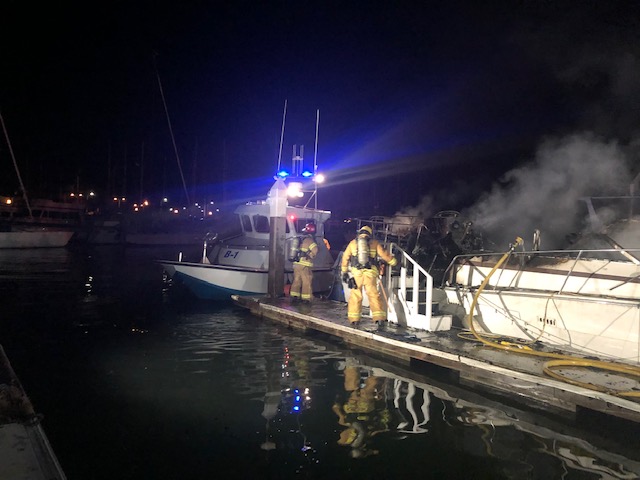 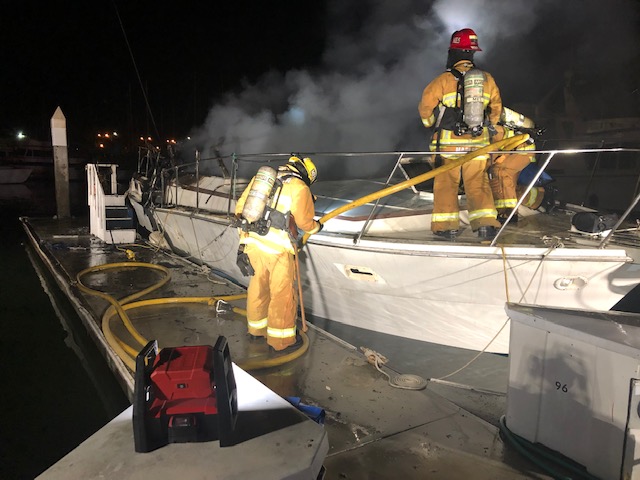 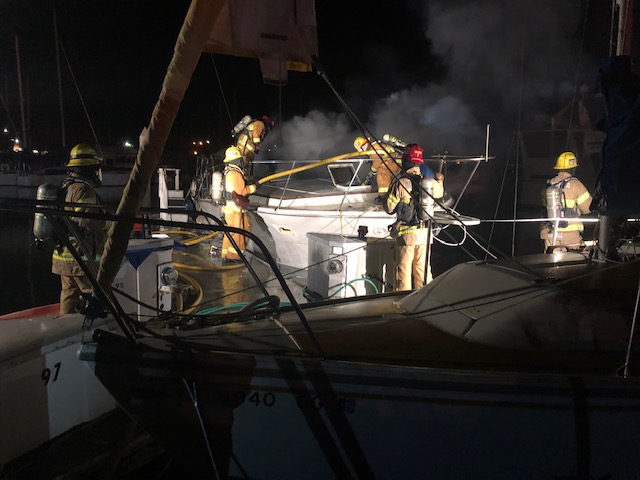