Book | The Cat That Changed America

The Cat That Changed America by Tony Le Moral

P22 was born in the beautiful Santa Monica Mountains outside Los Angeles. But after his brother is killed, he is forced out of the mountains by an older male, and heads east to stake out a new territory of his own. Along the way, he makes friends with Possie the Opossum and Racket the Raccoon and has to cross two dangerous freeways, the 405 and 101. He passes through the City of Stars at night, and strolls down the Hollywood Walk of Fame, all the while trying to avoid those bothersome humans. After more adventures, he reaches Griffith Park observatory and finally makes a new home.

The book is a heart warming, captivating and entertaining story of the life of a juvenile mountain lion, which also has an underlying conservation message for young readers. P22 has a huge fan club, not only in the States, but internationally, as conservationists try to raise money to build a wildlife crossing over the 101. 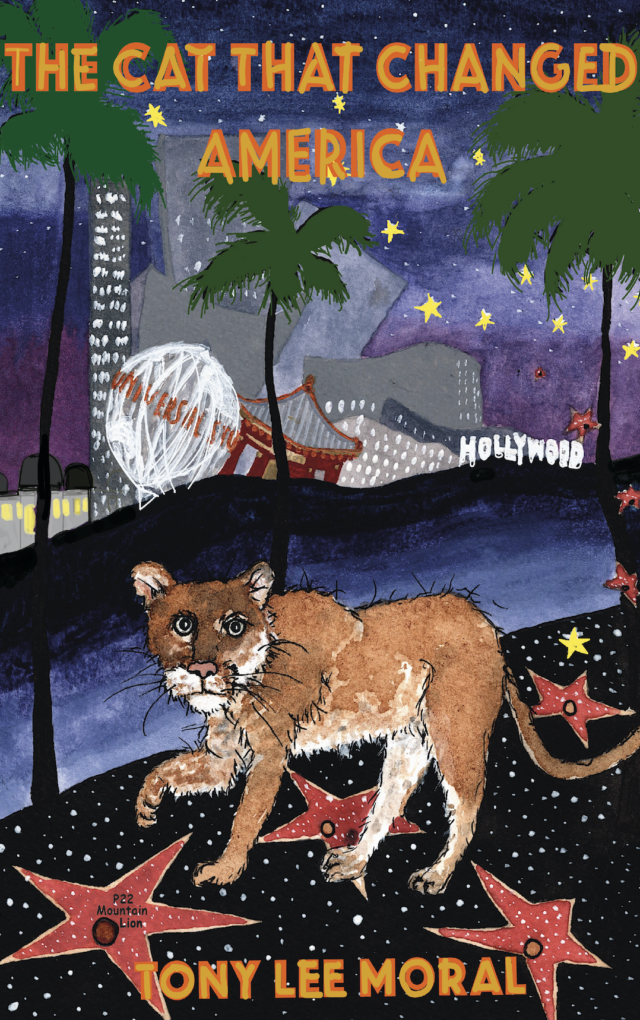