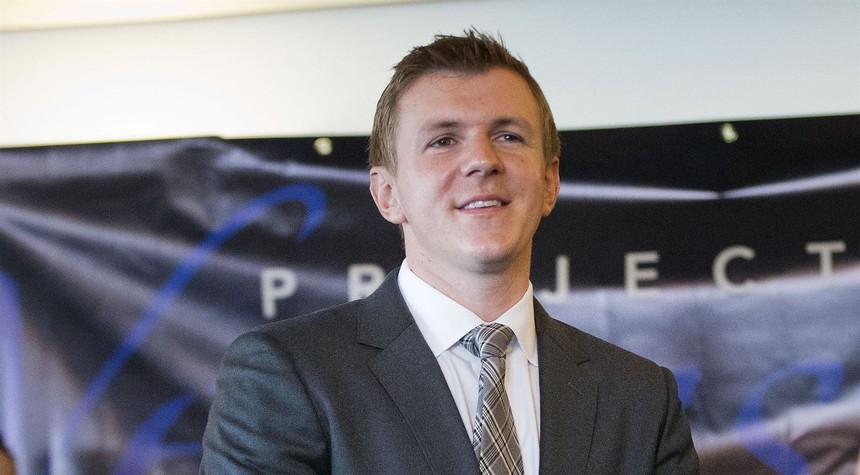 The FBI has been ordered by a federal judge to stop plundering information from James O’Keefe’s phone following a raid on his home and other properties connected with Project Veritas last weekend.

The raid was a chilling and frightening overreach by law enforcement of protected journalistic work product. O’Keefe has said that his phone offers a window into what other projects he and his staff are working on — projects the Biden Administration may not want him to cover.

The FBI raided O’Keefe’s apartment about 6 a.m. on Saturday with a phalanx of agents taking his electronics and other information, which they claimed would help discover how the journalist came into possession of President Biden’s daughter’s diary.

They claim the diary was stolen. O’Keefe denies that characterization.

Judge Analisa Torres ordered the FBI to stop exploiting information contained in O’Keefe’s phone and to verify that they’d done so by Friday.

BREAKING! The federal court has just ordered the DOJ to STOP extracting data from our client, journalist James O’Keefe’s phone, and ordered a hearing. Counsel for Project Veritas asked the court to do this yesterday! pic.twitter.com/nBrmf4myuj

O’Keefe and Project Veritas have been in negotiations with the Justice Department about the diary and its provenance since last year.

Unless O’Keefe stole that diary, there’s doesn’t appear to be anything different about O’Keefe coming into possession of the document than what happens every day at the New York Times or Washington Post with their leaked documents.

Prior restraint doesn’t even begin to cover how intrusive and frightening this intentional intimidation by law enforcement is on a journalistic enterprise.

The raid is reminiscent of the one conducted by former California Attorney General Kamala Harris into the work product of David Daleiden, who produced a series of explosive videos showing Planned Parenthood buying and selling aborted baby parts.

The way it looks now, this judge’s ruling is a win for journalism, but journalists who don’t like O’Keefe may not see it that way.

Victoria Taft is an award-winning journalist, writer and terrestrial radio talk host, heard in Seattle and on the rest of the Left Coast. Listen to her twice weekly  “Adult in the Room Podcast.” Find her at VictoriaTaft.com  Parler, MeWe, Minds, Locals, Twitter & Facebook. Her book mocking antifa will be out this year. For media inquiries write: [email protected]

The Clinton’s are behind this. Bank on it.

Without some means of prosecution this legal action will be meaningless IF/WHEN the FBI has extracted all they wanted for The Biden Crime Family.

[…] Veritas was able to get an order stopping the FBI from breaking into O’Keefe’s phone but, of course, that was very much closing the barn […]