Friday, January 31, 2020 at 11 PM London time, the European Union lost one of its most powerful, wealthy members. Despite machinations and setting of obstacles, Alexander Boris de Pfeffel Johnson, the new Prime Minister, pulled forcefully through all adversity and accomplished what he set out to do—Brexit.

So, why is Britain the first, and so far, the only country to have broken the bonds with the Union? There are reasons aplenty. A historic perspective presented by Beatrice Heuser in her book, Brexit in History brings up a few interesting points. This is not the first time that England removed itself from a European Union. Since the Middle Ages the idea of a united Europe was floated about at times. Ms. Heuser espouses that the continent was loosely held together through the ideas of Christendom. However, fights among dynasties prevailed, destroying the compact. When the Ottoman Empire invaded and threatened all of Europe the idea of a mutual defense commitment was promoted. Then, and later, coordinated efforts for mutual benefits created loosely alliances. But then, Ms. Heuser states, that England, long a part of Christendom, had its first Brexit. It happened in the first part of the 16th century, when Henry the VIII forced through the English Reformation.

But let us look at today’s Brexit. I foresaw the breakup of the EU sometimes back, for the construct of that entity went against British culture, its democracy, which is based more on the tenets of a republic than the democratic pretentious rule by a foreign elite. Early on, the Brits objected to be told whom to allow entry into their country, how many cars to build, and how much pork, bread and eggs they could put in their Bangers. To begin with, this European Union was illegal in its antecedents, for German citizens were not given a choice to vote for or against membership. In following plebiscites, from 1994-2018, Germany was never among the voting countries, their voices silenced by mighty elites.

Shortly after the European Union was formed the European Commission was instituted. It is the most powerful body in the EU. The EU Parliament was almost an afterthought. Already then, Vladimir Bukovsky a Russian dissident and leading voice in England, let us know his concern that the EU was becoming another Stalinist-planned entity. Like Russia, holding its Soviet Republics together by force, the EU also was exemplified by its members forced to vote the “right way.” He warned that the EU countries were nothing but pawns in the games of the elites.

Joseph C. Sternberg writes on Friday, January 31, 2020, in the Wall Street Journal that he believes “Brexit was about seeking whether democracy in the West still means something.” He writes, “the shock of Brexit was so profound because it is unusual today for voters to prevail when the elites do not like their choices.” He gives examples of referendums in France and in the Netherlands in 2005, and in Ireland in 2008 and 2009 on closer integration into the EU. “When those citizens voted the “wrong way,” he writes, “they were either circumvented via procedural and legal chicanery or forced to vote again so they could get it right.”

The EU was, and is, premised on the presumption that voters are ignorant and cannot be trusted to see things the way of the elites with their overarching desire for a One World Government.

We saw how the opponents of Brexit used legal challenges and horrible fights in Parliament to prevent the people’s vote come true. But in a second general election in 2019 the British voters realized that if they won, their future electoral choices will have meaning and consequences that they desire. Let’s wish the British well. 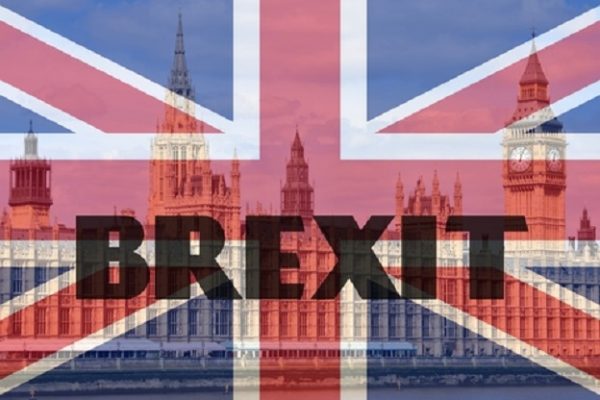 I loved your review of the British exit from the EU. I, along with many had been hoping Britain would make the break from the EU. One World is a scary doctrine.
Thank you for your thoughtful analysis!

Your insights are excellent and informative Sigrid. I especially liked this latest one as the explanation for Brexit had alluded me. You write so well, with authority and I like having references to check. I’ve sent your writings along to my children too.