On December 23, 2020, Deputies from the Lockwood Sheriff’s Sub-Station, and detectives from the Sheriff’s Narcotics Street Team and Sheriff’s Gang Unit served a search warrant at the 1100 block of Eugene Street in Lockwood Valley reference an illegal marijuana cultivation. This community is commonly known as Camp Scheideck.

Detectives contacted resident Anthony Traversa and Machella Miller, a resident of Newhall, on the property. During the search of the location, detectives discovered evidence that Traversa and Miller were illegally cultivating marijuana, operating a butane honey oil lab, and involved in illegal drug sales.

Detectives seized over four pounds of butane honey oil wax, over 28 pounds of marijuana, 300 vape cartridges, 11 firearms, and over $40,000 in currency. Additionally, detectives eradicated over 200 marijuana plants from the location.

Traversa and Miller were both arrested and booked at the Ventura County Jail for violations associated to marijuana cultivation, operation of a butane honey oil lab and weapons violations. Their bail was set at $50,000 with a court date of January 7, 2020, at 1:30 PM.

Butane honey oil labs are volatile and pose a significant safety threat to the community. Each year, there are numerous fires and/or explosions throughout the region involving these illicit labs. The chance of serious injury or death to operators of these labs and residents in the vicinity of these labs is high. Given the rural location of this lab, the chance of starting a wildfire is also present due to the proximity of the National Forest. 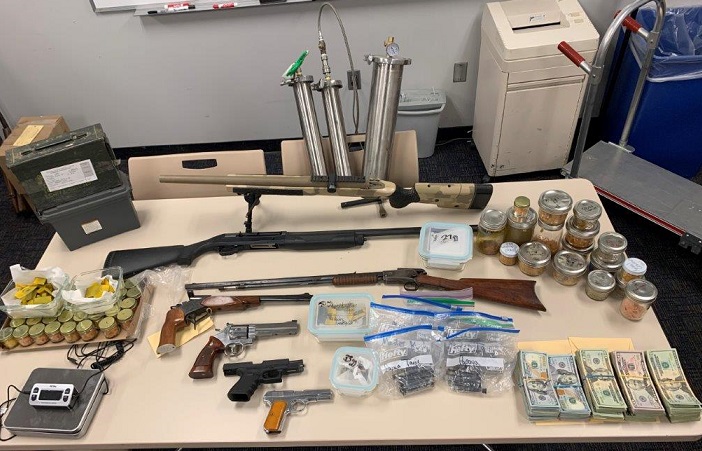