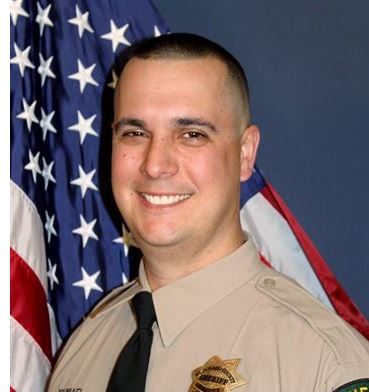 SOMERSET, CA — On October 23, 2019, Sheriff Deputy Brian Ishmael, 37, was shot and killed in the early morning while responding to a call in the city of Somerset. The call involved theft from a marijuana garden at a private residence. Sheriff Deputy Ishmael immediately came under fire and was shot and killed. Another deputy, who was off duty, was injured during the shooting as well. Two men were detained and placed in custody, one of which was shot and taken to the hospital.

A procession, in honor of Sheriff Deputy Ishmael, was held shortly after.

Sheriff Deputy Ishmael was a 4-year veteran with the El Dorado County Sheriff’s Office and previously worked for the Placerville Police Department. He worked and lived in the community that he loved to serve.

“Again, we are met with a tragic loss that breaks our hearts,” said Brad Houle, CAHP Credit Union President. “Sheriff Deputy Ishmael’s display of heroism reflects the highest level of dedication to protect our community. We grieve with his wife, family, and peers during this difficult time.”

Sheriff Deputy Ishmael will remain in the thoughts and prayers of our community as we mourn this heartbreaking loss.

Donations can be made on the CAHP Credit Union website https://cahpcu.org/DeputyBrianIshmaelMemorialFund or mailed to:

CAHP Credit Union has a membership of over 18,000 and is dedicated to matching the integrity, judgement and courtesy displayed by our peace officer members every day, in providing financial services whenever and wherever they need access to CAHP Credit Union.