The residential real estate market has been booming during the COVID-19 pandemic, with more buyers looking for homes and competing for unusually low levels of inventory. With new supply desperately needed, the market currently presents enormous opportunities for builders and developers who are able to provide new stock.

However, the supply of both materials and labor have presented ongoing challenges for construction companies. With global supply chains breaking down and many industries currently facing labor shortages, the availability of critical resources has been highly volatile. To secure the people and materials needed to complete projects, firms have been forced into paying more for a variety of inputs.

For builders, one of the most consequential supply chain breakdowns has been for lumber. Because there is more limited supply, prices have spiked dramatically. In June 2021, the price of lumber was nearly 50% higher than it was at the start of the pandemic in March 2020. Prices fell somewhat in July 2021, but remain at historic highs and well above pre-pandemic levels. 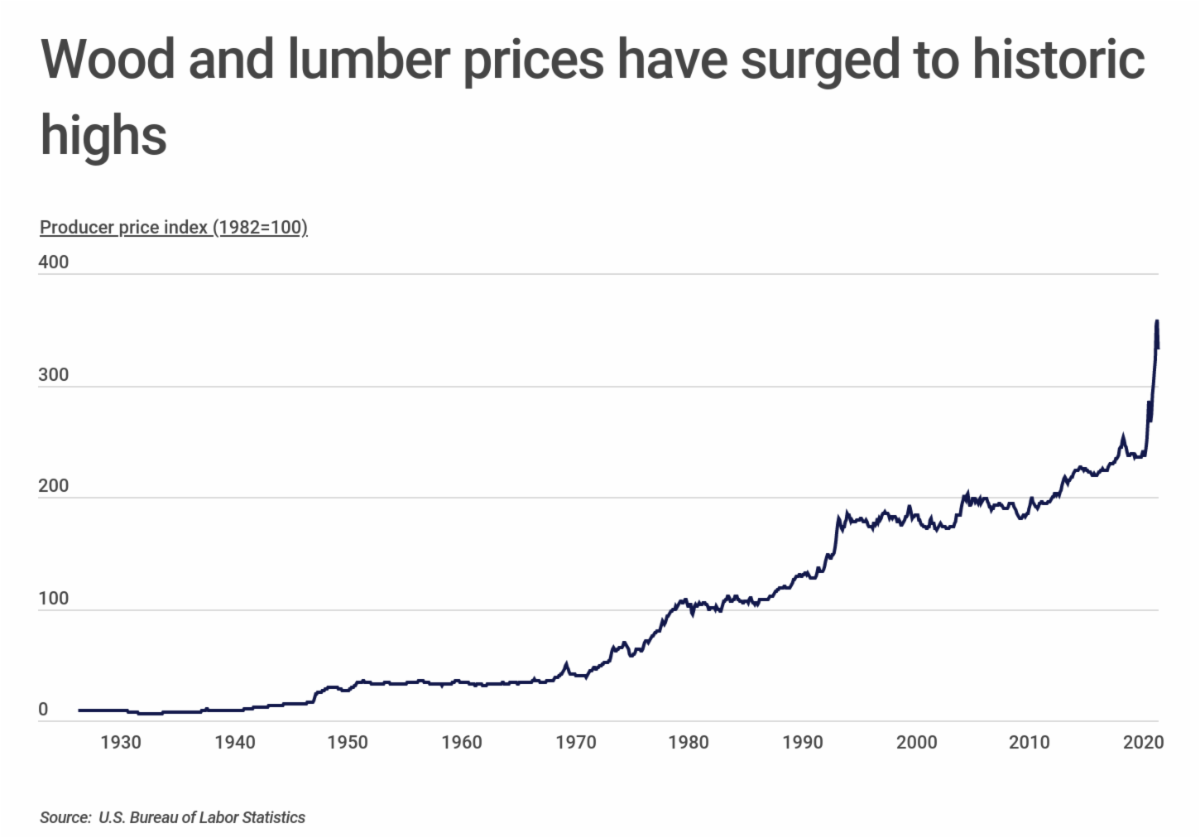 The availability of labor has also been hard to predict, and carpenters are one of the construction jobs where shortages have been most acute. In October 2020, more than 70% of builders reported some or a serious shortage of labor for carpenters. And the good news for carpenters is that many employers are responding by raising wages to attract and retain workers.

Carpenters already make good wages compared to other professions with similar educational requirements. The median annual wage for carpenters is $49,520, which exceeds the median not only for other construction trades ($47,480) but also for all occupations ($41,950). With employers feeling the pressure to raise wages and keep up with demand for construction, the occupations’ position could improve even further.

Like with other professions, some locations pay better than others for carpenters’ services, and one state clearly stands above the rest. Illinois offers carpenters a cost-of-living adjusted median annual wage of $75,144—nearly $10,000 higher than the next state, 50% higher than the national median, and the only state with an adjusted wage above $70,000. Illinois’ place at the top of the list is attributable to relatively high unionization and strong prevailing wage laws. Other top states include Hawaii, which has the nation’s highest rate of union membership, and Missouri, whose carpenters may benefit from the opportunity to take on jobs in neighboring Illinois. 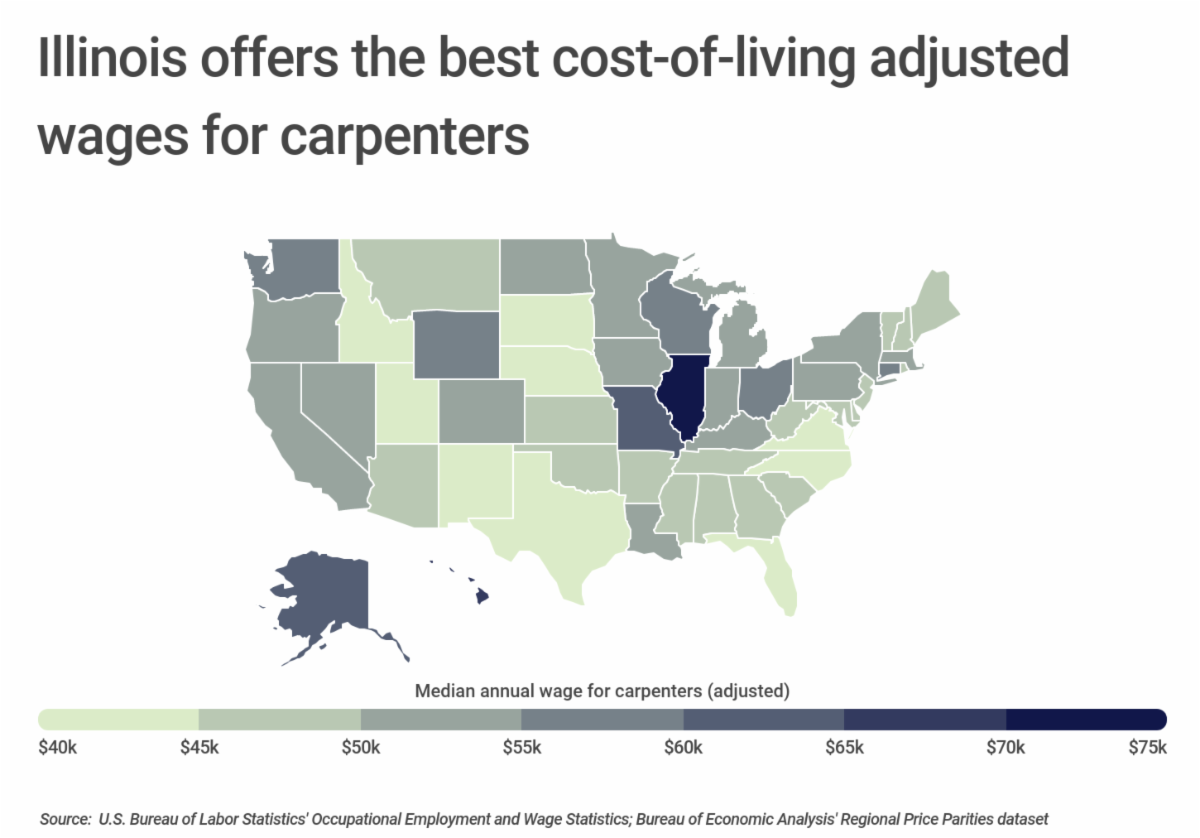 Unsurprisingly, at the metro level, Illinois-based locations are also among the best-paying for carpenters. Many of the top-paying small and midsize metropolitan areas for carpenters are in Illinois, as are the two top-paying large metros: Chicago and St. Louis, whose metro area spans the Missouri-Illinois border.

The data used in this analysis is from the U.S. Bureau of Labor Statistics’ Occupational Employment and Wage Statistics and the U.S. Bureau of Economic Analysis’ Regional Price Parities dataset. To determine the best-paying locations for carpenters, researchers at Construction Coverage calculated the median annual earnings for carpenters, adjusted for cost-of-living differences.

The analysis found that in California, carpenters earn a median $52,775 per year, after adjusting for the cost of living there. The national median for carpenters is $49,520. Out of all U.S. states, California is the 14th best-paying for carpenters. Here is a summary of the data for California:

For more information, a detailed methodology, and complete results, you can find the original report on Construction Coverage’s website: https://constructioncoverage.com/research/best-paying-cities-for-carpenters-2021