(The Center Square) – The California Secretary of State’s Office has certified 46 candidates running for governor against Gov. Gavin Newsom during September’s recall election. The list includes five more candidates from the preliminary list released on Saturday, including conservative radio commentator and Republican candidate Larry Elder, who had been left off the list and successfully sued to be added back on.

“Victory!” Elder tweeted after the court ordered he be added to the list. “My next one will be on Sept. 14 at the ballot box.”

The recall election is scheduled for Sept. 14. 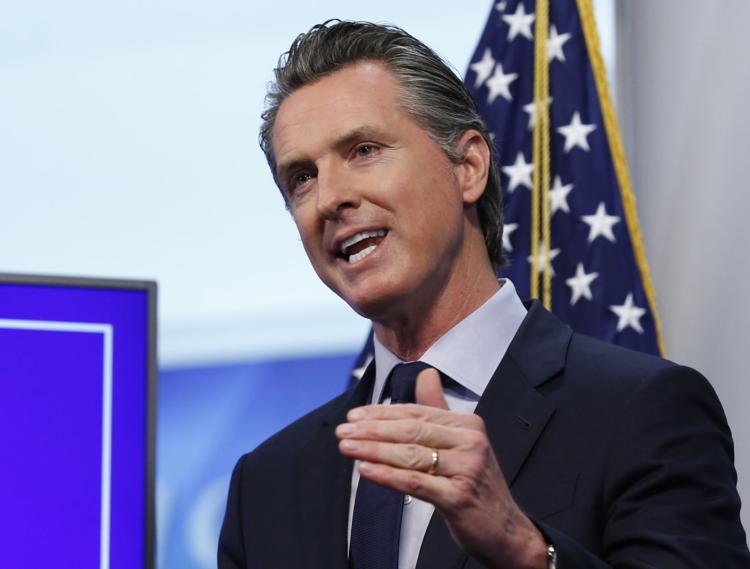 A new poll released Thursday indicates a tightening race is developing “with some big warning signs for the governor,” several news outlets report.

An Inside California Politics/Emerson College poll found that Californians are split when it comes to recalling Newsom, with 43% saying they support the recall and 48% saying they oppose it. The result is a marked change from polls conducted in May and in March, which indicated that those opposing the recall would soundly defeat those supporting it.

One warning sign, some analysts suggest, is Newsom’s 49% approval rating.

Another is the response voters gave to the question: “Regardless of the recall effort, would you vote to re-elect Gov. Newsom in 2022 or do you think it is time for someone new?” The majority, 58%, said they would vote for someone new, suggesting that if Newsom were to survive the recall election, he may not survive a challenger in 2022.

Another warning sign is that more than 53% of voters said they were undecided about who should replace Newsom. The Public Policy Institute of California announced earlier this month that based on research it had done, it “did not see a growing interest in the news about the recall election during the spring.”

The challenger who received the most support among those polled was Elder, even after he was initially kept off of the ballot and while the poll was conducted. Elder received 16% support, with Republicans Kevin Faulconer and John Cox each receiving 6% support.

The poll also shows state Assemblyman Kevin Kiley’s campaign is on the rise. Within a week of launching, he rose to fourth place out of 46 candidates, only narrowly trailing candidates who have been in the race all year.

“Newsom’s desperation is palpable,” Kiley said, adding that the recall movement is about a new model of citizen-backed representation that puts “we the people” first.

While Newsom campaign ads hit the airwaves comparing the recall movement to events that took place at the U.S. Capitol on Jan. 6, recall organizers say it has been “a groundswell movement of the people … Citizens from all walks of life, the entire political spectrum, every ethnicity, culture and race support this recall.”

I’ve never been polled, and most polls lean Democrat. Given that, Gavin is most likely somewhere around 35% approval. Everyone feels mugged by CA, and he should be sent packing