California Economy Is 10th Most Dependent On Securities Trading

While much of the economy has struggled during the COVID-19 pandemic, one area that has consistently performed well is the equities market. One of the most commonly followed stock indices, the S&P 500, took a major hit in the early days of the pandemic, losing nearly one-third of its value in February and March of 2020 but has nearly doubled since. Many other indices and individual stocks have similarly seen sharp increases in value over the last year and a half.

Strong market performance has helped attract more retail investors—which in turn has contributed to rising prices for stocks and other tradable assets. During the pandemic, household savings rates spiked to record levels as spending on categories like travel and retail declined and government stimulus in response to the pandemic gave many households a financial boost. With more financial resources at their disposal and trading made easy with the rise of low- or no-cost online brokerages and mobile apps like Robinhood, retail investors have quickly become a major force in the markets. 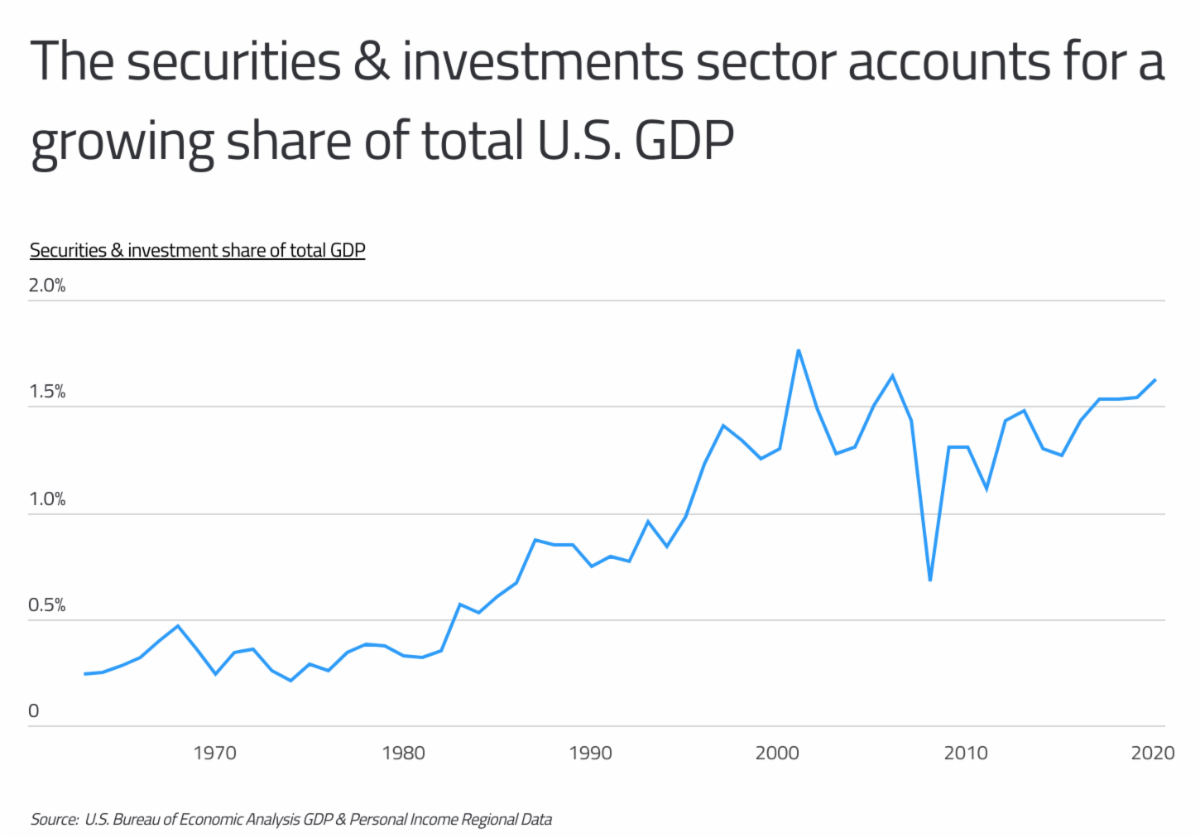 These trends are contributing to continued growth in the securities and investment sector, which has taken place over the last half century. From the rise of electronic trades and 401(k) plans in the 1970s to the bull market of the 1980s and dot-com boom of the 1990s and 2000s to the stock market recovery from the Great Recession in the 2010s, securities and investments have grown considerably in recent decades. The industry made up less than 0.5% of the U.S. GDP until the early 1980s but has since grown to upward of 1.5% of GDP. New growth in retail investing could push these figures even higher over the years to come. 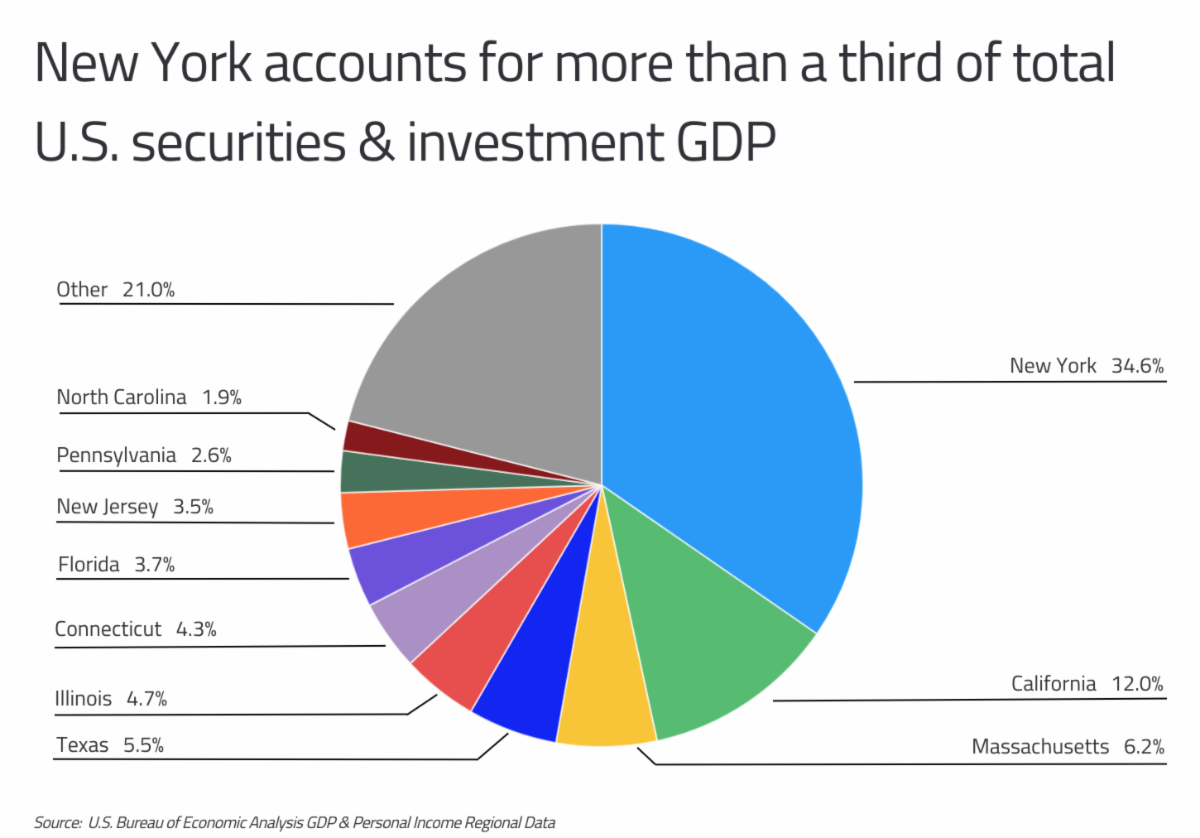 Some states benefit more from this activity in the securities and investment industry than others. Unsurprisingly, New York—home to Wall Street, the New York Stock Exchange, and many of the world’s most prominent financial services firms—has by far the highest productivity of any state in the security and investment sector. The state accounts for more than $100 billion of the total U.S. GDP in securities and investment, nearly three times the total for runner-up California.

Within its own state economy, New York also tops the list of states in terms of dependence on securities trading. Nearly half a million New Yorkers work in the securities trading industry, and the industry represents 6.39% of the state’s overall GDP. While many other Northeastern states with strong financial services industries rank highly for dependence on securities trading, New York easily tops the list. The current boom in trading is a positive development for New York, but it also means that the state’s economy could be more at risk in the event that the stock market sees a correction in the near future.

The data used in this analysis is from the U.S. Bureau of Economic Analysis. To identify the states most dependent on securities trading, researchers at Commodity.com calculated the percentage of total state GDP accounted for by “securities, commodity contracts, and other financial investments and related activities” in each state. Researchers also calculated the industry’s total employment in each state, which includes full- and part-time wage and salary workers, sole proprietors, and individual general partners.

The analysis found that the securities and investment share of total GDP in California is 1.30%, compared to the 1.53% that it accounts for at the national level. Out of all states, California is 10th most dependent on securities trading. Here is a summary of the data for California:

For more information, a detailed methodology, and complete results, you can find the original report on Commodity.com’s website: https://commodity.com/blog/state-economies-securities-trading/