Supporters of the law argue biological differences between sexes affect a person’s strength and size and would create an unfair advantage for some students if different sexes played in the same program. Opponents of the law argue it discriminates against transgender students by not accepting their gender identities.

In response to the law, California Attorney General Rob Bonta ordered a restriction on state funded travel to West Virginia. Bonta’s decision was in accordance with a California law that bans state-funded travel to states that enact laws it deems discriminatory to gay, bisexual and transgender people.

West Virginia was one of five states affected by the announcement. To date, California restricts state-funded travel to 17 states.

“When states discriminate against LGBTQ+ Americans, California law requires our office to take action,” Bonta said in a statement. “These new additions to the state-funded travel restrictions list are about exactly that. It’s been 52 years to the day since the Stonewall Riots began, but that same fight remains all too alive and well in this country. Rather than focusing on solving real issues, some politicians think it’s in their best interest to demonize trans youth and block life-saving care. Make no mistake: We’re in the midst of an unprecedented wave of bigotry and discrimination in this country — and the State of California is not going to support it.”

Steve Roberts, the president of the West Virginia Chamber of Commerce told The Center Square that anyone who chooses not to come to the state is missing out.

“All are welcome in West Virginia,” Robert said. “Our state has perhaps the longest tradition in the United States for welcoming all. We were created in the war to end slavery as a free state. Anyone not coming to West Virginia is missing out on spectacular beauty, warm, welcoming people and a place with abundant opportunity for all.” 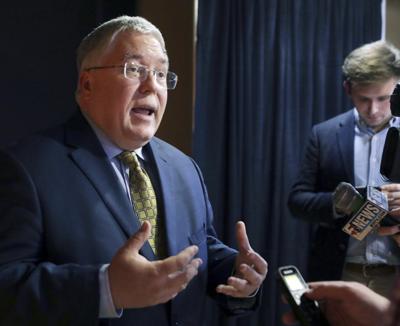 “States should not penalize other states because of policy differences,” Morrisey said. “The economic coercion demonstrated by California is an affront to the dignity of other co-sovereign states and amounts to legislating across state borders in an effort to force the radical world view of large states onto those living elsewhere.”

Tyler Arnold reports on Virginia and West Virginia for The Center Square. He previously worked for the Cause of Action Institute and has been published in Business Insider, USA TODAY College, National Review Online and the Washington Free Beacon.

California is on the wrong side of REALITY this time.

I think the seventeen States should ban travel to a State that bans travel to them. Not that the Dems in CA care about economic consequences, however it will encourage Free People to avoid conventions in slave States ergo CA

Thanks Tyler for giving both sides of this issue.Although I side with West Virginia in this debate, it’s refreshing to see both sides being represented.