One of the most dangerous acts a teenager can commit is getting behind the wheel after drinking. Young drivers are already higher-risk than other age groups due to their inexperience, their likelihood of being distracted while driving, and the higher prevalence of dangerous behaviors like speeding or not wearing a seatbelt. When alcohol is added to the mix, many of these issues only become more common and more likely to result in crashes and fatalities.

Fortunately, the prevalence of teens driving drunk—along with teen traffic fatalities in general—have been trending downward for years, making the roads safer for teens and other motorists. Led by efforts from organizations like Mothers Against Drunk Driving (MADD), many states have adopted laws over the past few decades to cut down on teen drinking and driving, along with other dangerous driving behaviors. These reforms include zero-tolerance laws for drinking drivers under the age of 21, liability for those who serve alcohol to the underaged, graduated license programs that scale up new drivers’ rights and responsibilities as they get more driving experience, and limits on the number of passengers who can be in the vehicle with a teen driver.

These reforms have been remarkably effective: teen-related traffic fatalities are down nearly 75% from their peaks in the late 1970s. As it relates to drinking and driving specifically, the percentage of students who report that they have ridden with a drinking driver was more than cut in half from 39.9% in 1991 to 16.7% in 2019, according to the CDC’s Youth Risk Behavior Surveillance System (YRBSS). The data for students who report drinking and driving themselves does not go back as far but also shows positive signs, dropping from 10% in 2013 to 5.4% in 2019. 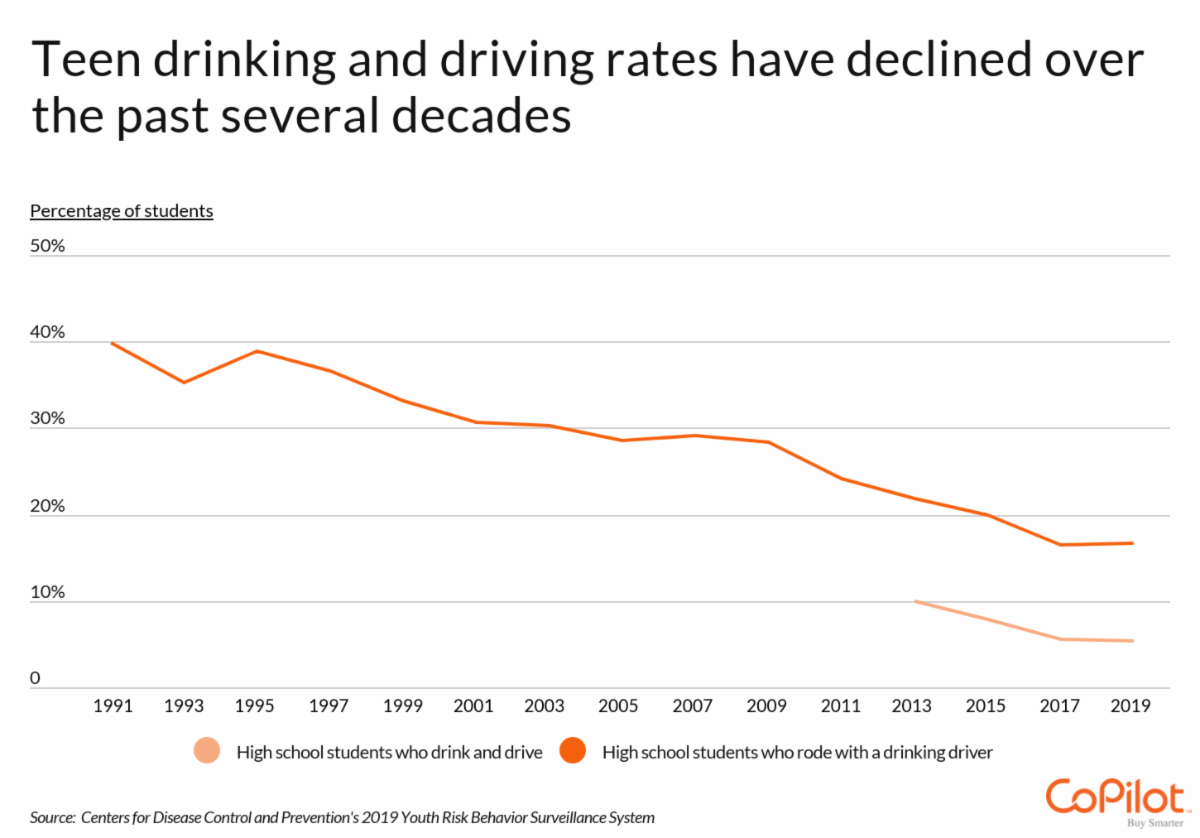 The likelihood that a student will drink and drive also increases with age. Only 3% of ninth graders—who are usually 14 or 15 years old, and therefore less likely to have received their drivers license or permit—report drinking and driving, compared to 7.8% of twelfth graders. In comparison, the percentage of high schoolers who have ridden with someone who drank and drove is fairly consistent across grades, between 16% and 17% for all ages. 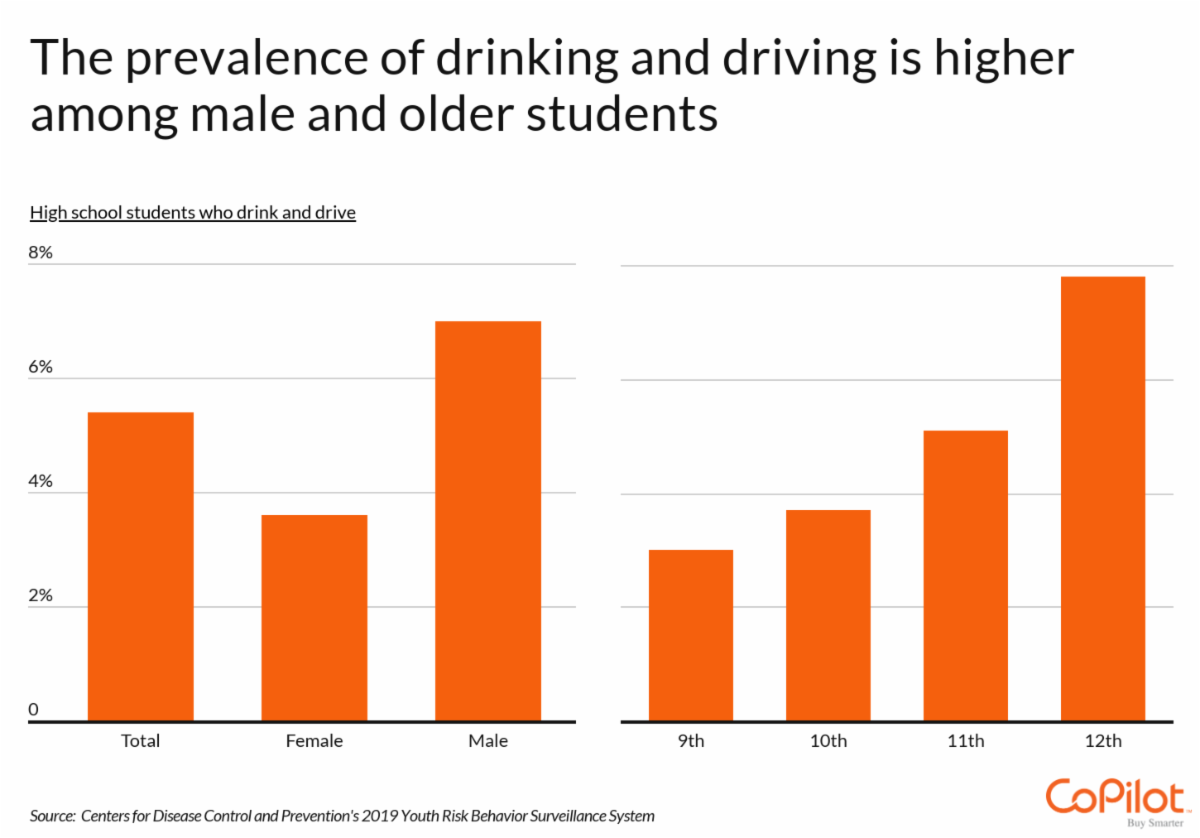 In addition to demographic differences, the prevalence of drinking and driving varies by geography as well. There are a variety of reasons why this might be the case. While all states have a graduated license program in place, some are more permissive than others, allowing more drivers to get on the road at 14 or 15. Another reason could be variation in car dependence: in many rural states where the population is more spread out and fewer transportation alternatives are available, drivers log more miles on the road in general.

To find the states with the worst teen drinking and driving problem, researchers at CoPilot created a composite risk index using data from the CDC. The index includes the percentage of high school students in each state who report drinking alcohol, binge drinking, riding with a drinking driver, or drinking and driving themselves. The latter two variables are weighted double. States were ordered based on their composite risk index, and only states with available data across all metrics were included in the analysis.

For more information, a detailed methodology, and complete results, you can find the original report on CoPilot’s website: https://www.copilotsearch.com/posts/states-with-the-worst-teen-drinking-and-driving-problem/