While the majority of Americans take running water and indoor plumbing for granted, a surprising number of residents don’t have running water, flushing toilets, or showers in their homes. In fact, according to the U.S. Water Alliance, over 2 million Americans lack running water and basic indoor plumbing. Although some rural areas and indigenous communities have never had indoor plumbing, most unplumbed households are located in major urban areas. According to the Census Bureau, more than 360,000 American households lack running water entirely and nearly half a million lack complete plumbing facilities, for example both hot and cold water, a shower or bath, and a flush toilet. Of these households, about half are located in metropolitan areas with populations over 1 million.

While access to clean, running water has been a long-standing problem in Native American communities due to lack of infrastructure and disagreements over water rights, other minorities also face disproportionate rates of water insecurity. Black and Hispanic households are more likely than White households to lack running water and indoor plumbing, with many living in large cities, often in single-room occupancy buildings with shared bathrooms. Further, increasing housing costs in large, urban areas have made it difficult for people to move despite lacking basic necessities in their homes. 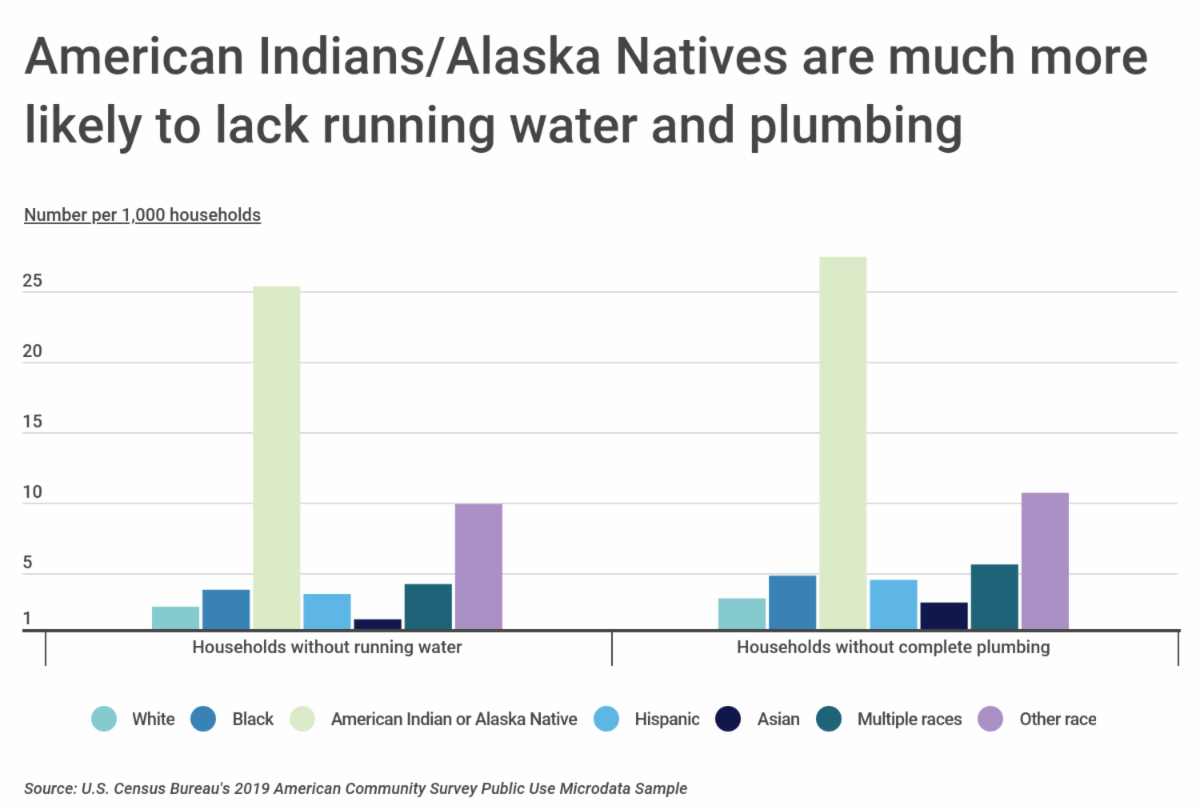 Access to running water and indoor plumbing varies geographically too, depending on existing water infrastructure and infrastructure investments. Additionally, parts of the country with large indigenous communities are especially likely to suffer from water insecurity. For example, Alaska and New Mexico have the highest proportions of households that lack access to running water, and they are also the two states with the largest Alaskan Native and American Indian populations. In contrast, Colorado households are the least likely to suffer from water access challenges—just 1.7 households per 1,000 don’t have running water and 2.1 lack complete plumbing. 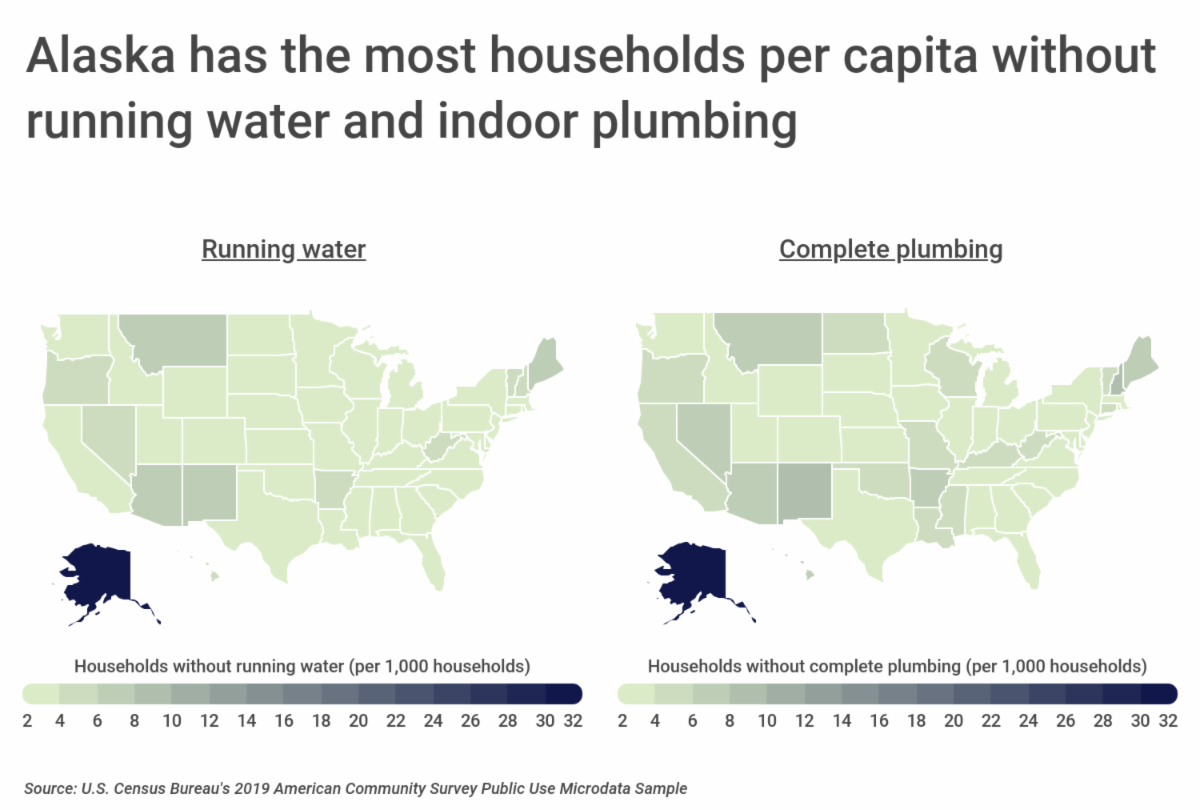 To find the states where the most residents lack running water, researchers at Construction Coverage analyzed the data from the U.S. Census Bureau. The researchers ranked states according to the proportion of households that lack running water. Researchers also calculated the proportion of households without complete plumbing, median household income, the poverty rate, and the minority population share.

For more information, a detailed methodology, and complete results, you can find the original report on Construction Coverage’s website: https://constructioncoverage.com/research/cities-where-most-residents-lack-running-water-2021