Income inequality has been a major social, political, and economic issue since the Great Recession, and the uneven effects of the COVID-19 economy has only made the gaps between America’s haves and have-nots even starker. These divergent economic fortunes will continue to have a major effect on housing in the U.S.

During the pandemic, more affluent households were generally able to transition smoothly into working from home and had less disruption from COVID shutdowns. With higher savings rates from staying in and strong investment returns from the stock market, many of these households saw their wealth grow even amid the pandemic recession. Meanwhile, low-income workers were more likely to lose jobs or have their hours cut back, and their households depended on government relief like expanded unemployment benefits and other social safety net programs. As those programs wind down, more low-income families will struggle to make ends meet and build lasting wealth.

These trends have short- and long-term implications for the residential real estate market. Federally-funded rental assistance programs have been slow in many locations to get resources to families who need them, and the end of federal mortgage forbearance and the eviction moratorium is poised to put many economically challenged families out of their current homes. Simultaneously, better-off Americans’ improved economic fortunes have set off a rush to buy or upgrade their homes, creating one of the most competitive real estate markets in memory.

To some extent, however, interest in homeownership has been on a fairly consistent upward trajectory for several years as the post-recession economy improved. In addition to better economic conditions, one underlying driver is the aging of the millennial generation, who are currently ages 26 to 40. Many millennials graduated into the worst years of the Great Recession, saddled with more student debt than previous generations. But now, some millennials—America’s largest generational cohort—have firmer economic footing and are reaching an age where they are ready to start families and purchase homes. 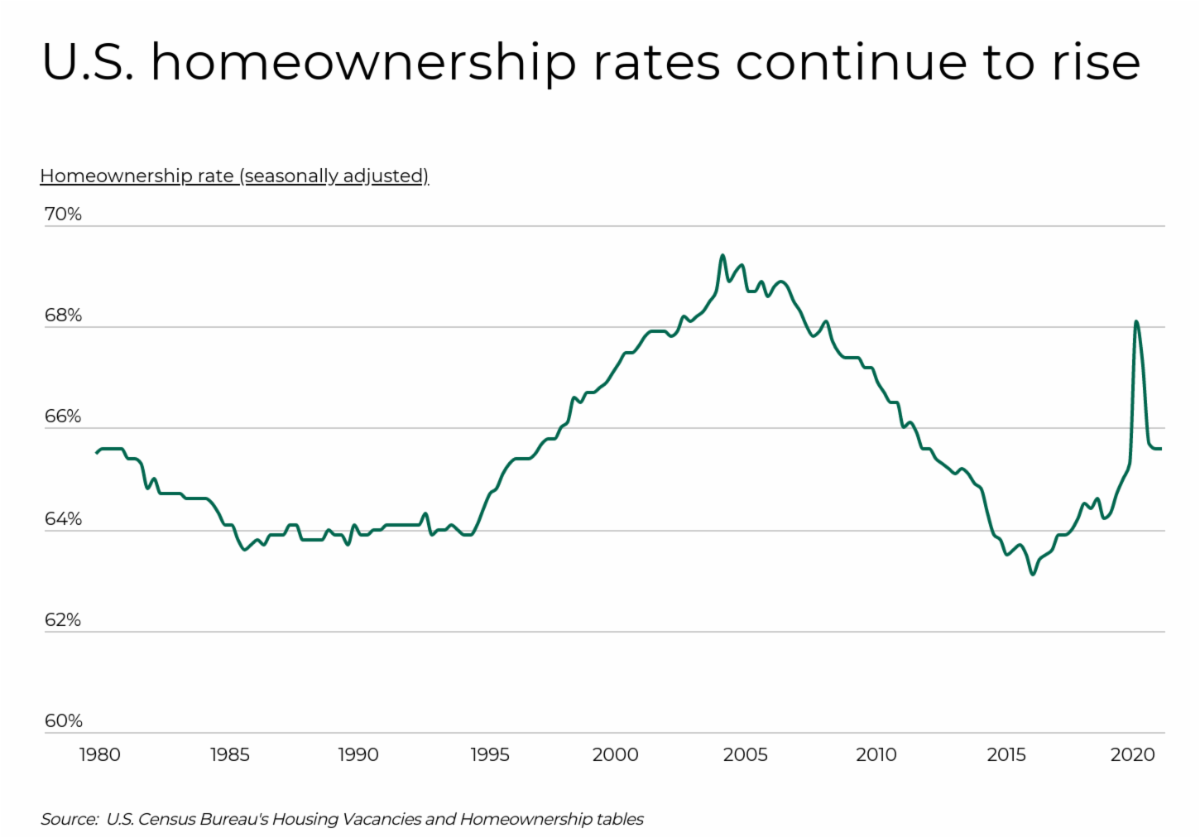 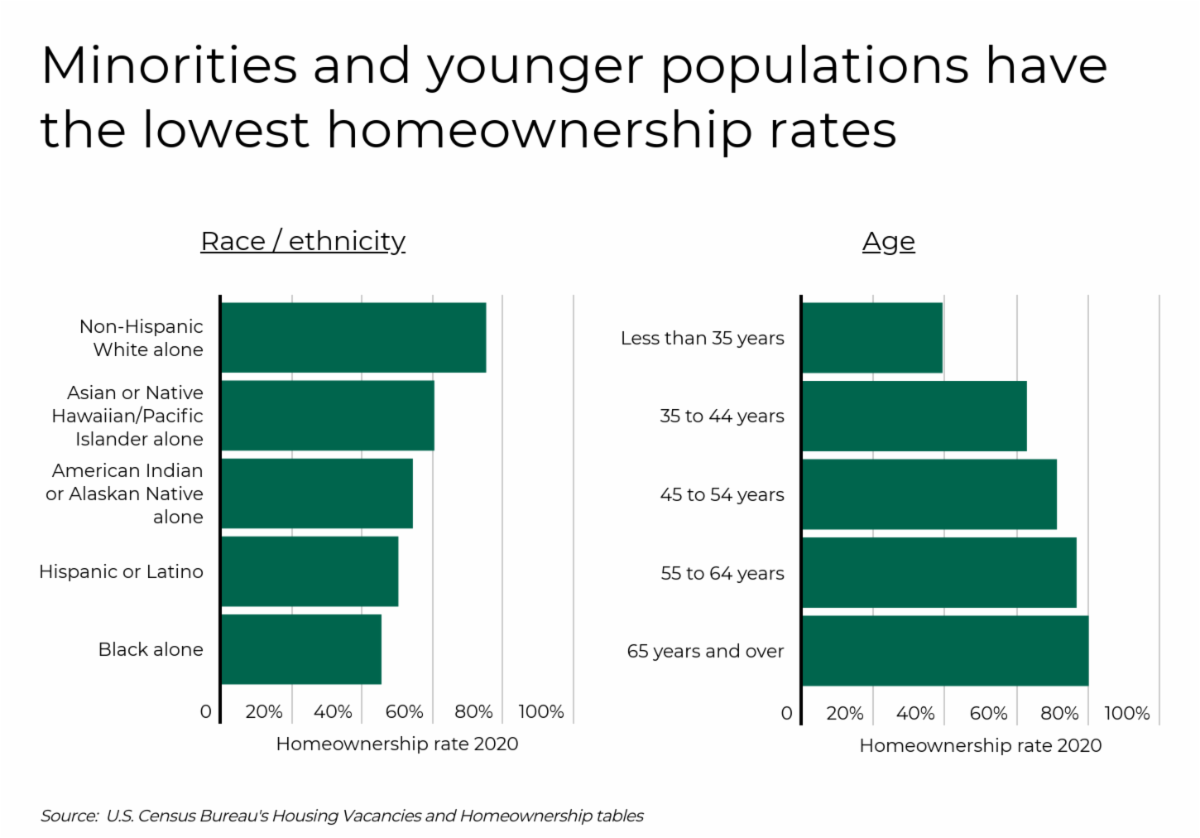 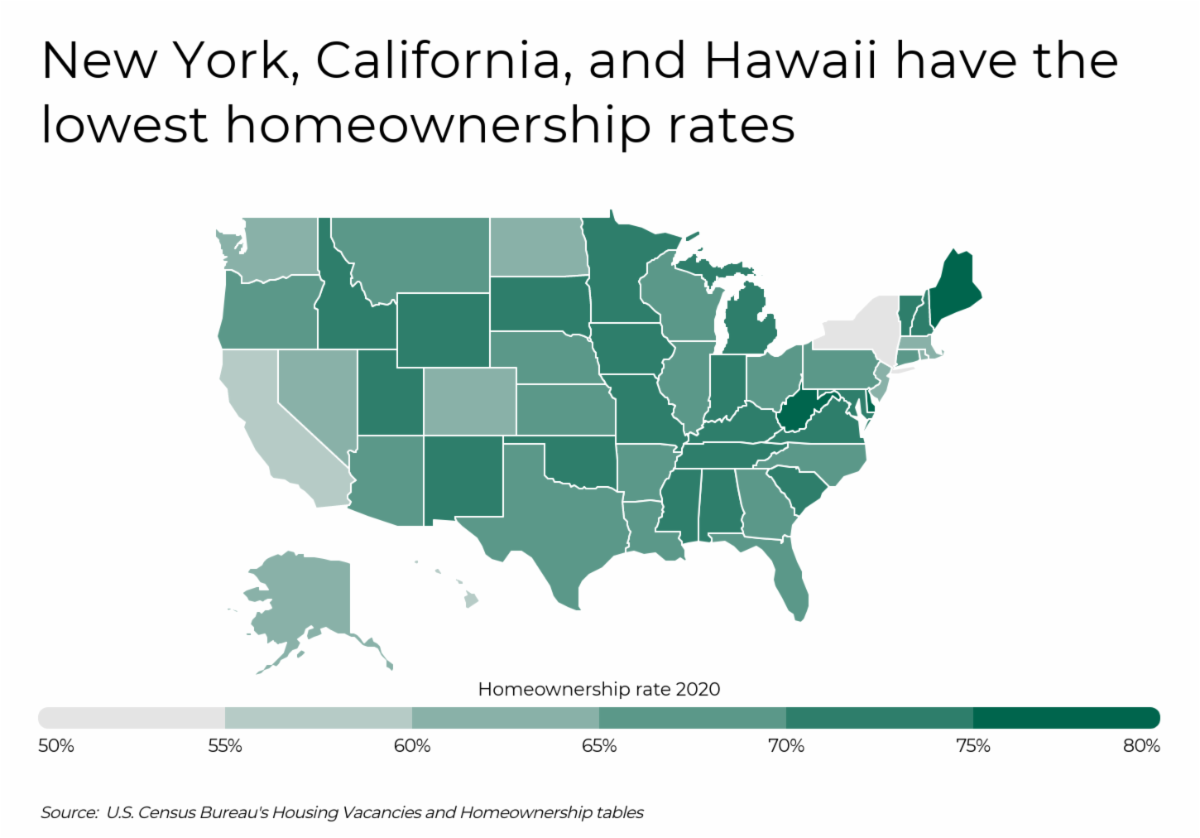 The data used in this analysis is from the U.S. Census Bureau, U.S. Bureau of Economic Analysis, and Zillow. To determine the locations with the highest homeownership rates, researchers at Filterbuy reported the average annual homeownership rate for 2020. In the event of a tie, the location with the greater number of total owner-occupied housing units was ranked higher.

For more information, a detailed methodology, and complete results, you can find the original report on Filterbuy’s website: https://filterbuy.com/resources/us-cities-homeownership-rates/