The pandemic-era economy has many unusual and uncertain features that have made it difficult to analyze. And one of the major open questions is what this economic period will do to wages and prices long-term.

On one hand, wages are increasing at a faster rate than they have since the depths of the Great Recession. Many employers are raising their wages—especially in lower-earning jobs—to attract more workers at a time when unemployment is high; however, businesses are struggling to fill positions. At the same time, rising prices and inflation are a fear, but economic experts disagree about whether the economy is in the midst of a problematic inflationary period. One school of thought holds that price increases are transitory, attributable to temporary conditions like supply chain breakdowns, while another suggests that the federal government’s aggressive stimulus during the pandemic has pumped too much money into the economy.

While current economic conditions starkly illustrate the tension between wages and the real value of the dollar, the phenomenon is nothing new. And this tension is at the heart of debates over whether to raise the minimum wage.

The federal minimum wage was first created in 1938 as part of the Fair Labor Standards Act, which originally set the minimum wage at $0.25 per hour. The federal minimum wage is not automatically indexed to inflation or any other economic indicator, which means that it takes an act of Congress to raise the minimum. Historically, Congress has passed increases every few years to reflect inflation and the changing purchasing power of the dollar. But the last minimum wage increase took place in 2009 to $7.25 per hour, and the time between then and now represents the longest-ever period without an increase. Even before the recent worries about inflation, normal changes in cost of living have made it harder and harder for the lowest-wage workers to subsist on that amount. 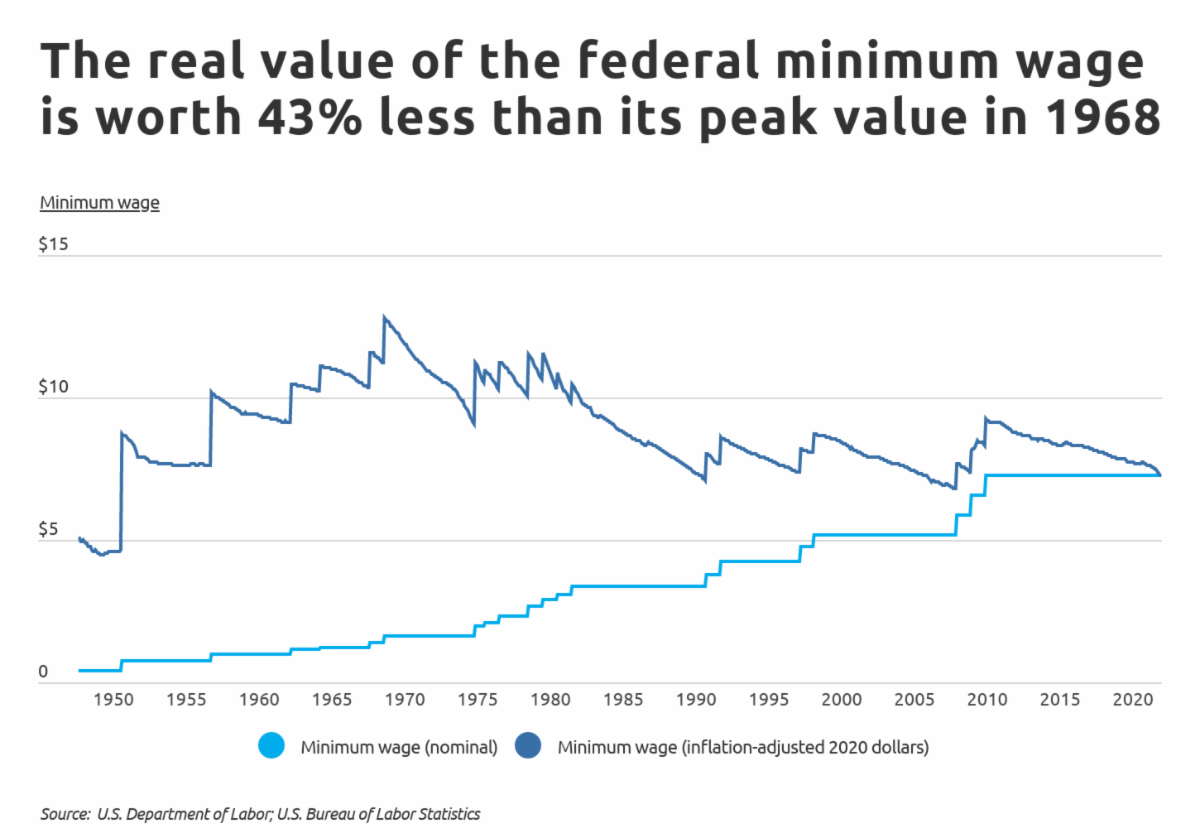 The result of requiring Congress to act to raise the federal minimum wage is that the real value of the wage has fluctuated over time. At its peak in 1968, the minimum wage was worth $12.77 in 2020 dollars. When the last minimum wage increase took effect in 2009, the wage was worth $9.22 per hour in 2020 dollars. This means that the real value of the current $7.25 wage is down 43% from its historical peak, down 21% since the last increase, and at one of its lowest-ever levels in recent history. 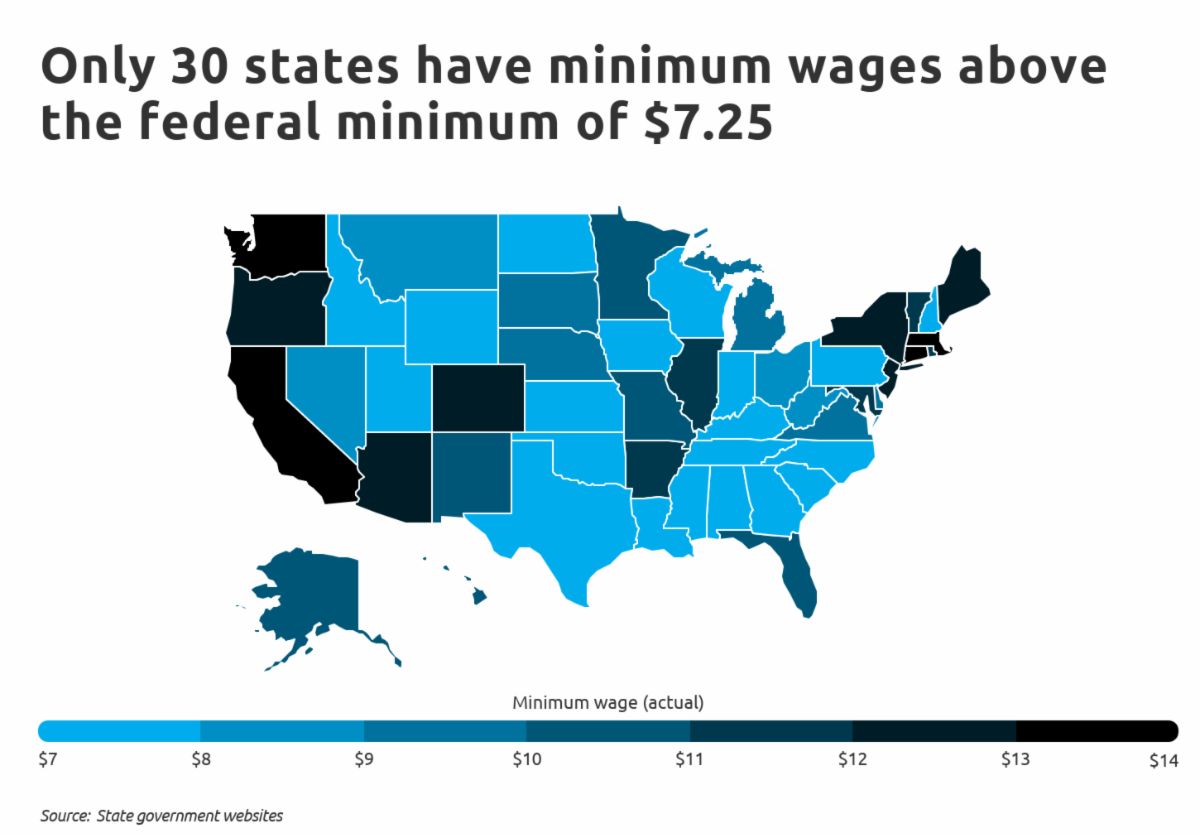 The analysis found that after adjusting for the cost of living there, the California minimum wage is currently worth $12.03 per hour. Out of all U.S. states, California has the 9th highest cost-of-living adjusted minimum wage. Here is a summary of the data for California:

For more information, a detailed methodology, and complete results, you can find the original report on Self Financial’s website: https://www.self.inc/blog/states-with-the-lowest-minimum-wage-relative-to-cost-of-living