California Has Most Military Members Of Any State Killed In Kabul, Sacramento Native Nicole Gee, Only Woman, Makes Total Of Four 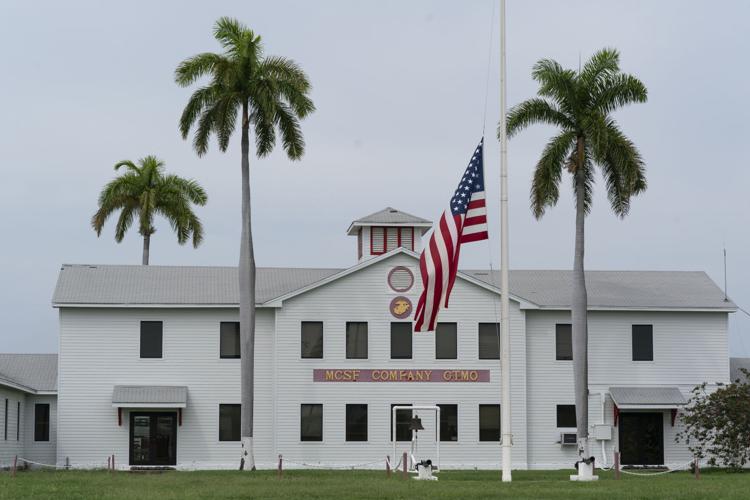 In this photo reviewed by U.S. military officials, a flag flies at half-staff in honor of the U.S. service members and other victims killed in the terrorist attack in Kabul, Afghanistan, at Marine Corps Security Force Company, Friday, Aug. 27, 2021, in Guantanamo Bay Naval Base, Cuba.

(The Center Square) – Four of the 13 servicemen and women killed in Kabul, Afghanistan, were from California, the most of any state.

Photos of Gee cradling and comforting Afghan children, and aiding Afghan evacuees at the Kabul airport have been shared on social media posts and in media reports. Many of the photos were taken days before her death.

On Aug. 21, Gee posted a photo of herself holding an Afghan baby on Instagram, writing, “I love my job.”

Gee was a maintenance technician with 24th Marine Expeditionary Unit from Roseville, California. She was promoted to sergeant three weeks before she was killed in Kubul, according to her Instagram account dated August 2.

One of her friends, Mallory Harrison, posted an emotional tribute to Gee on Facebook, saying that she was, “My very best friend, my person, my sister forever. My other half. We were boots together, Corporals together, and then Sergeants together. Roommates for over 3 years now, from the barracks at MOS school to our house here. We’ve been attached at the hip from the beginning.

“I can’t quite describe the feeling I get when I force myself to come back to reality & think about how I’m never going to see her again. How her last breath was taken doing what she loved – helping people – at HKIA in Afghanistan. Then there was an explosion. And just like that, she’s gone.”

Her older sister Misty Fuoco, of Citrus Heights, Calif., told DailyMail.com, “She knew there were risks but she was fearless – nothing would stop her from continuing to help and do what she was doing.”

Of the servicemen and women who were killed in Kabul, Republican Rep. Darrell Issa, said, “We will never forget their service and sacrifice.”

Issa, who has been trying to help Californians stranded in Afghanistan get out, said, “Everyone should be aware of the incredible heroics of our people on the ground in Afghanistan — and in nearly impossible conditions. It never should have come to this, but they have made our nation proud and they deserve our most heartfelt thanks.”