California Homeowners Spend Most On Housing

Housing prices in the U.S. have been on a steep upward trajectory over the last year and are continuing to climb. Unusual economic conditions, strong demand for homes, and record low inventory have made the residential real estate market highly competitive and sent prices skyrocketing. According to data from the Department of Housing and Urban Development, the average sale price of a home in the U.S. rose nearly 16% between the second quarter of 2020 and second quarter of 2021—one of the greatest year-over-year increases on record.

The rapid appreciation in home values has drawn greater attention to issues around housing affordability. More would-be homebuyers are being priced out of the market in many locations, and the rise in prices extends into the rental market as well. And while builders see an opportunity to expand housing stock, supply chain breakdowns and labor shortages have made it difficult to build quickly.

Housing affordability matters because housing is by far most households’ largest expense. As housing costs increase, families have less available to spend on other items that may also be necessities. The U.S. government defines housing affordability according to the percentage of income spent on housing, setting the threshold for affordability at 30% for the purposes of federal housing programs. But for most people, the 30% standard is just a rule of thumb: some households who spend a lower percentage may still be financially constrained if they have other large regular expenses, such as debt payments.

The good news is that a majority (58.3%) of owner-occupied households currently spend less than 20% of their income on housing, according to the U.S. Census Bureau. However, this leaves more than 40% of homeowners spending above that amount, with more than one in five homeowners spending 30% or higher. 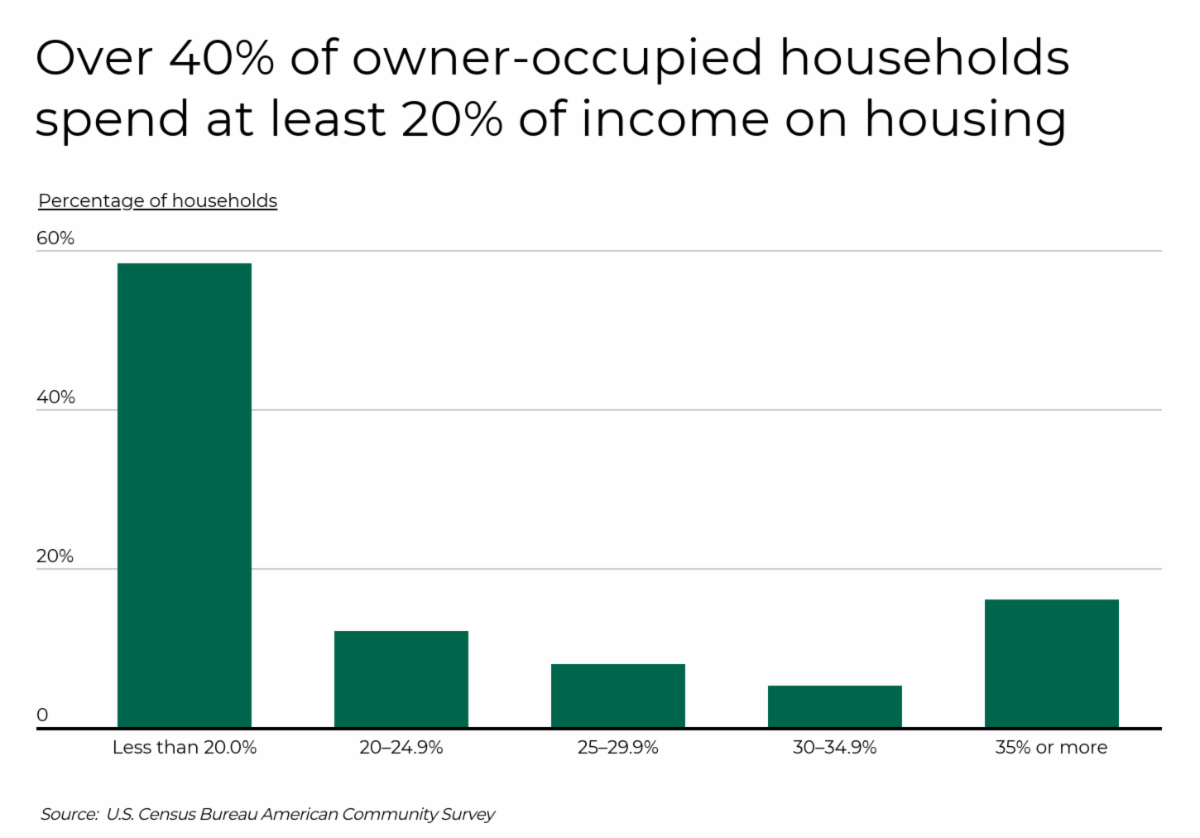 But one of the other challenges with housing affordability is that the severity of the issue is highly location-specific. Locations with higher housing prices, lower typical income levels, or both, may have more residents who struggle with housing affordability. States and localities may also vary in the laws or regulations they have in place affecting how easy it is to add housing supply.

As a result of these factors, homeowners in states on the East and West Coasts tend to spend the greatest share of their income on housing. The leading state is California, where median monthly housing costs as a proportion of median monthly income is 21.1%. At the other end of the spectrum, states in the Midwest and South spend much less, led by West Virginia where the median monthly housing cost is 11.1% of income. Similar patterns hold at the local level, with many of the metro areas where housing takes up the greatest share of income being found in California. 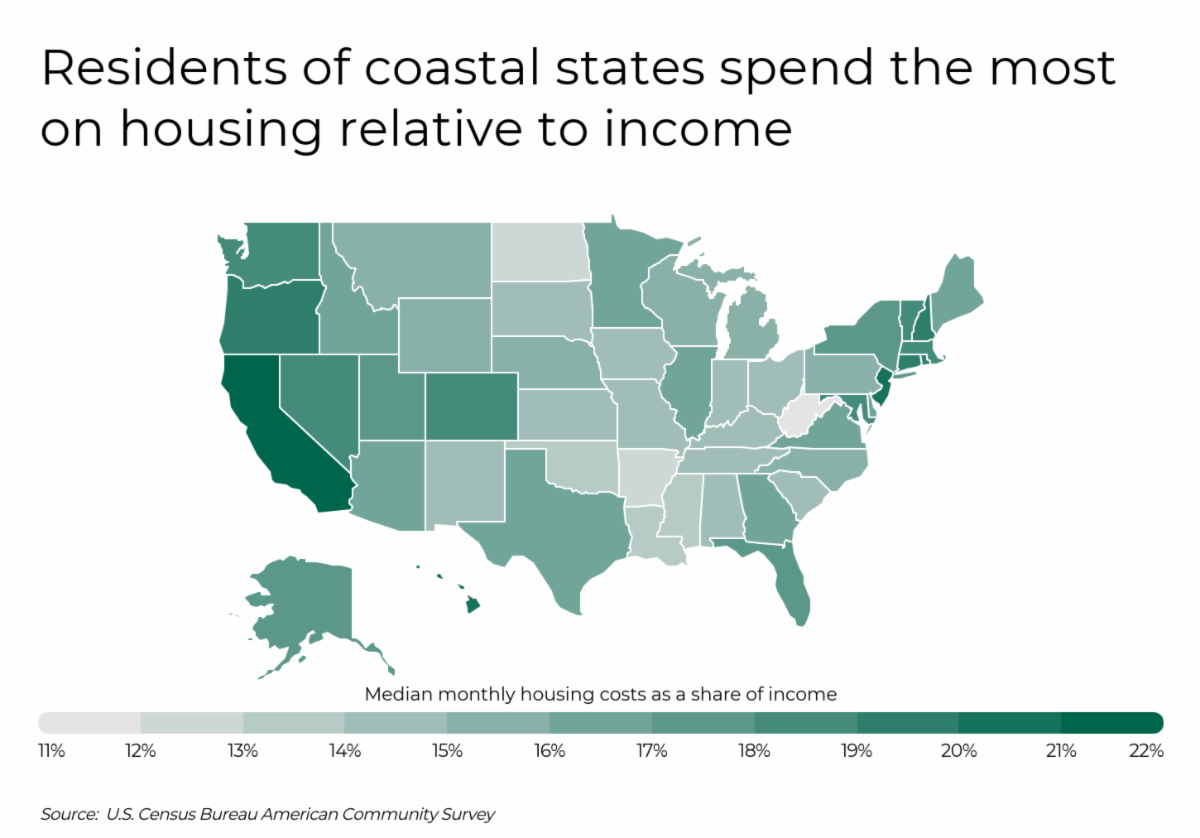 The analysis found that in California, median housing costs represent 21.1% of median household income, compared to 16.5% at the national level. Out of all U.S. states, residents of California spend the most on housing relative to income. Here is a summary of the data for California:

For more information, a detailed methodology, and complete results, you can find the original report on Filterbuy’s website: https://filterbuy.com/resources/cities-homeowners-spend-the-most-on-housing/