(The Center Square) – California had the largest job gains in October but it can’t shake the highest unemployment rate in the nation, according to an employment report released Friday by the Bureau of Labor Statistics.

The report found that California and Nevada had the highest unemployment rate in the nation in October, standing at 7.3%. Nationwide, the unemployment rate is 4.6%, which is down 0.2% since September, according to Friday’s report. 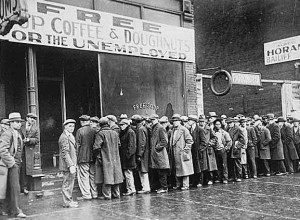 Despite having the highest unemployment rate in the nation, California did lead in job gains in October, adding 96,800 non-farm jobs last month. That number accounts for about 18.2% of the nation’s 531,000 total jobs gained in October, according to a news release from the governor’s office.

“California has again created more new jobs than any other state – averaging six figure job growth for nine months straight – an unprecedented achievement as our economy continues to recover from the pandemic,” Gov. Gavin Newsom said in a statement Friday. “But there’s more work to be done, and we’re laser focused on supporting those hardest hit by the pandemic and getting folks back on the job.”

Since October 2020, California’s unemployment rate dropped 2.5%, from 9.8% last October to 7.3% this year. In addition, the state has regained about 67.4% of jobs lost in March and April 2020 due to the pandemic, according to the governor’s office.

Madison Hirneisen is a staff reporter covering California for The Center Square. Madison has experience covering both local and national news and is a graduate of Liberty University. She currently resides in Southern California.