Last week the media was inundated with stories about the horrendous massacre of 9 American citizens including 6 children in Mexico near the border with the United States. President Trump last Tuesday offered U.S. assistance as he called on our Southern neighbor to:

“Wage war” against the country’s murderous drug cartel “monsters” in response to the brutal killing of multiple Americans a day earlier. “If Mexico needs or requests help in cleaning out these monsters, the United States stands ready, willing & able to get involved and do the job quickly and effectively,” Trump tweeted.

To this distressing news, a progressive hater of Trump I know responded:

While the killings of the people in northern Mexico have to be seen as a tragedy, those killed are not “Americans.”   They are Mexicans.   They live in Mexico.  Most were born in Mexico.   Why the news stories stress the American part is puzzling.    They have American passports because their parents have been Americans; thus, the kids can become American citizens, automatically.

I replied by email “Even if what you said is true, by virtue of having an American passport, the individuals are Americans and are entitled to be treated as such.  To me it looks like innocent people were attacked by scumbag drug traffickers. Ironically,  Democrats in Washington D.C. who oppose stringent control of the Southern border and building a wall, are allowing  these cartels relatively free access to ply their trade in the USA

I say Donald Trump in rightfully calling these murdering serial killers “terrorists”.  It is OK by me to utilize our military resources in destroying them. How can you down play the status of these victims as not being true Americans while insisting those who cross our border illegally are entitled to being given rights (especially in California)  of  citizens?”

We seem to have a double standard that exists in The Peoples’ Republic of California” and elsewhere in progressive circles throughout the United States.  While in one breath such individuals vehemently oppose a border wall while saying no pressing crisis exists. They seem to ignore the Mexican drug cartels that are able import heroin, fentanyl, and other dangerous products with virtual immunity.

Concerning the crime and impact on our health from the importation of these illegal substances, all we hear is more substance abuse programs are needed. At the same time the corrupt Mexican government is left to deal with the cartels.  During in the last 36 months, approximated 69.000 people per year overdosed from illegal drugs in the USA. Our government seems more interested in letting criminals out of jail than preventing these unnecessary deaths.

Meanwhile, in case anyone has noticed it, we are in a state of class warfare in the United States. This battle is especially true in California where our constitutional form of government for past millennium is being challenged by a Progressive onslaught. 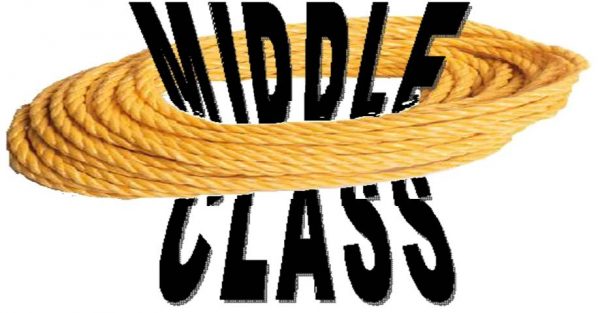 Where we live, the state government openly defies the laws that apply to other states with our Sanctuary Cities and over bearing environmental regulations. As an intricate part of the “Left Coast” playbook is the insistence of affirmative action is applied to almost every aspect of our lives.

Even though such policy was outlawed by the Supreme Court in 1978’s Baake decision, the practice goes on unabated. Racial quotas and gender are pervasive factors in determining promotions in civil service and the corporate world.

Diversity is a license to exclude Caucasians to fill management and ownership positions in and out of government.  White males in particular are prominent in “do not fly” lists for filling positions of responsibility.  It is thought that women and those of color are more qualified to assume leadership in an ex-officio type of way. The idea is that experience and education are secondary to other factors.

Isn’t such thinking racist and sexist by definition or am I some kind of a White Supremacist who is biding his time until the next Klan meeting?

Free speech is being threatened each day by politically correct government officials and their allies in the media who attempt to impose their values on society. Examples include:

Many good people in public or private life are being asked to resign or be fired for violating the unwritten rules of PC behavior. This kind of cultural environment is little different than citizens in China, Russia, and other totalitarian states face in trying to exercise their human rights.

Such bullying is a cornerstone Progressive strategy in California and with most of the Democratic Party hopefuls.  Just place the word “Big” in any sentence and the subject being discussed is considered to be evil be it banks, insurance, tobacco, pharmaceuticals and Oil.

Typical is Elizabeth Warren’s proposal of a draconian wealth tax to finance her Medicare for all health plans. This along with her idea to regulate banks and Corporations with governmental controls would likely be cause for Karl Marx endorses Warren’s presidential campaign from his grave.

Gavin Newsom has indicated hope the Senator from Massachusetts or someone like her will be elected President.  Were this to take place his Sanctuary City policies would be the law of the land. Along with these open borders, more taxes on the rich, governmental takeover of all utilities, and housing policies being determined by leftist social planners in Sacramento, would follow.

To put the cherry on top of the Sundae, Progressives in the White House will push an immigration bill thru Congress that would allow undocumented residents to become citizens regardless of economic or criminal status. The Electoral College will be outlawed by Executive Order (with approval of the Supreme Court) and Homelessness will allegedly be ended by Federal decree.

In such a “brave new world” the middle class would shrink in the United States to be replaced by a new social order of privileged government union workers that would fill similar shoes of Communist Party membership in the old Soviet Union.

Individuals such as the family that was murdered in Mexico would have their passports revoked.  The “American Dream” may find itself on life support and become an afterthought in new history books yet to be written.